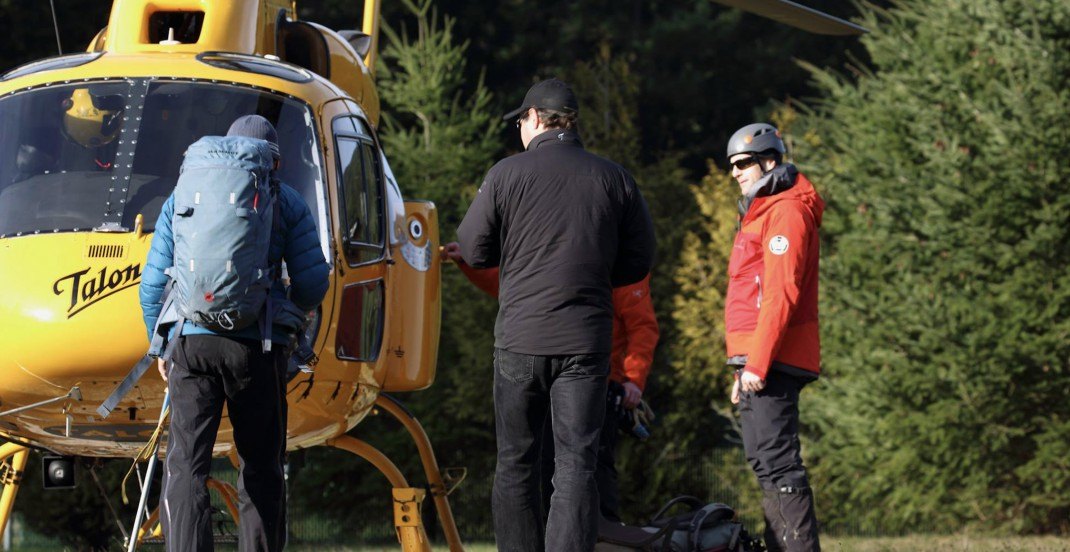 A photo of North Shore Rescue in March 2018 (NSR/ Facebook)

A 63-year-old man who collapsed while hiking on Bowen Island was saved by a quick-thinking bystander over the weekend.

According to Mike Danks, team lead with North Shore Rescue (NSR), the man was hiking with his two sons at Mount Gardner on Bowen Island on Sunday.

When the trio arrived at the summit, the man began to feel dizzy and went unconscious for nearly a minute.

The sons began CPR when another group of hikers showed up. An individual from the group was trained in first aid and saw that the unconscious man’s airway was blocked.

He then performed a tongue-jaw lift to clear the man’s airway, preventing him from choking on his tongue.

“It was a pretty critical intervention, especially for a bystander,” Danks told Daily Hive.

NSR’s crew arrived on scene with a rescue helicopter and the man was able to walk to the helipad, which was located about five minutes away.

He was then airlifted to the Capilano Gate SAR station and taken to Lions Gate Hospital.

Danks says the incident shows how critical and important it is to have proper first aid training.

“This is how it should work,” he said. “It’s a pretty great response from a bystander onsite and he certainly deserves to be recognized for his actions.”