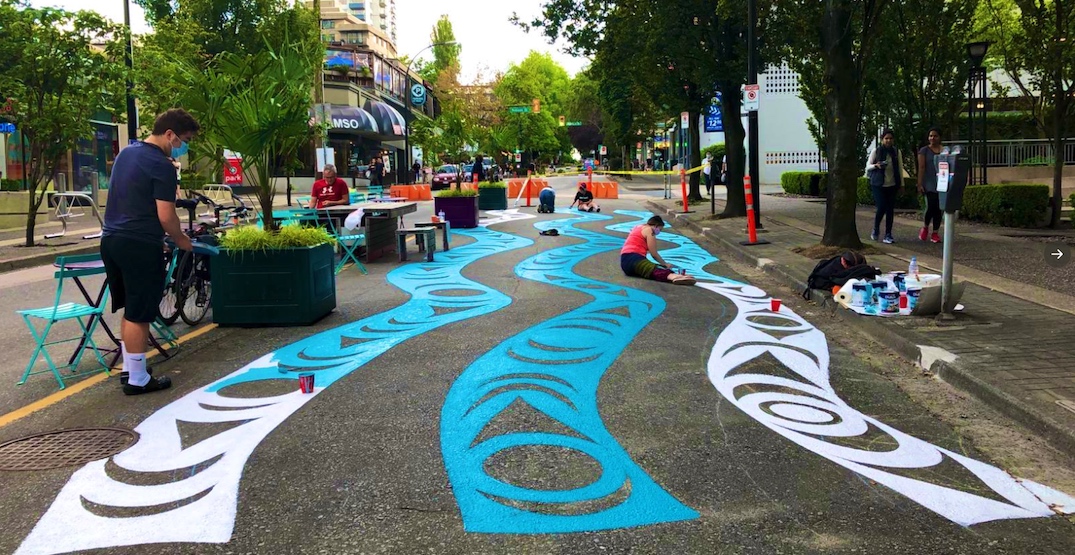 The finishing touches are being made to an on-street mural at one of downtown Vancouver’s newest temporary pop-up plazas.

Bute Street between Alberni Street and the laneway north of Robson Street is temporarily closed to vehicles for a new pop-up plaza.

But in addition to the typical traffic barriers and street furniture associated with such public spaces, an on-street mural with a First Nations design is being added to help activate the plaza.

The design is by local artist Atheana Picha, whose work has also been prominently featured at Vancouver Mural Festival events. 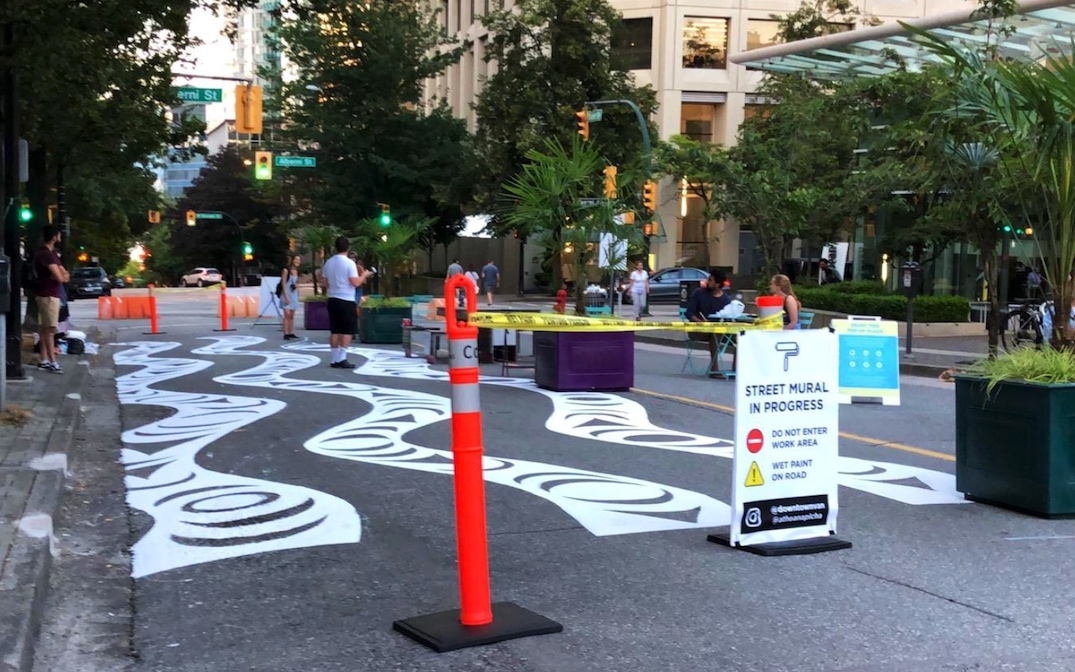 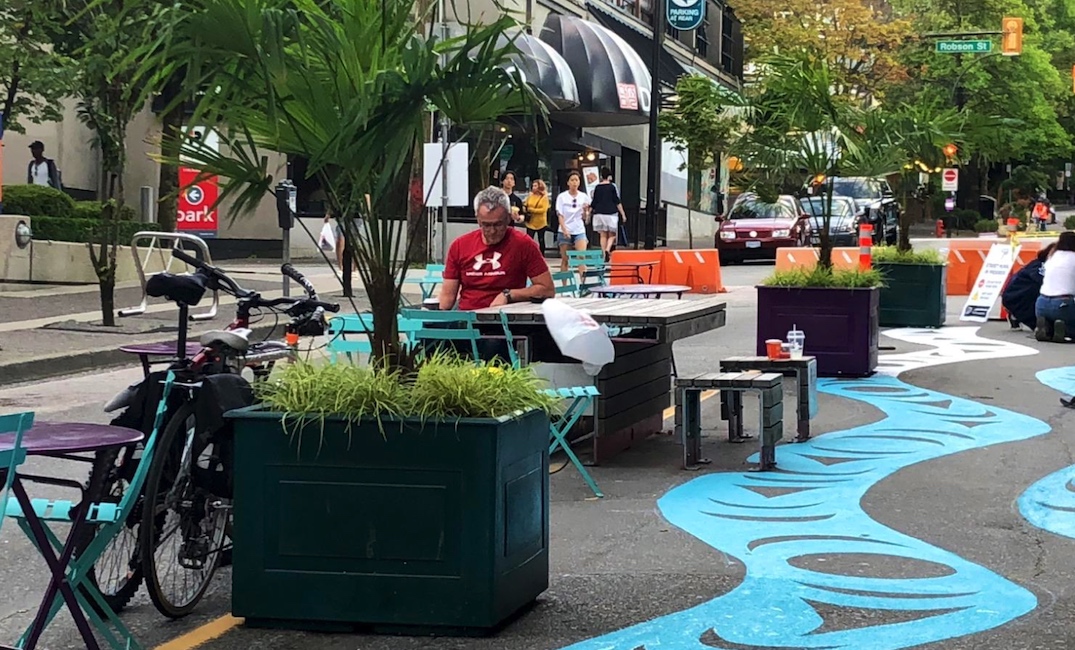 The municipal government is working with local businesses and business improvement associations to create pop-up plazas that provide people with extra safe space to eat, rest, or enjoy the weather.