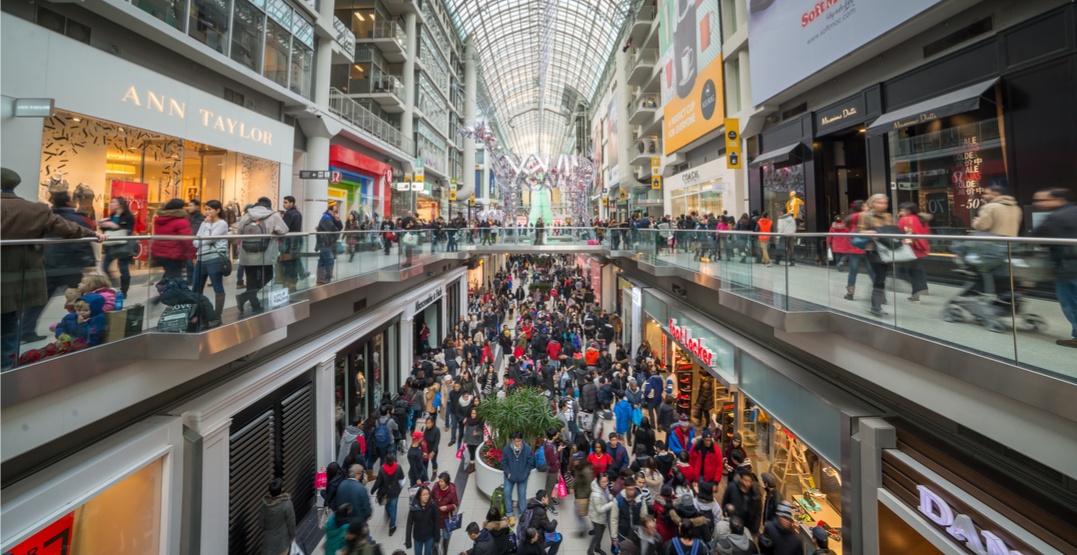 These are the malls you may want to avoid if you hate crowds.

According to the 2018 Canadian Shopping Centre Study conducted by the Retail Council of Canada (RCC), Toronto’s Eaton Centre is the busiest mall in Canada, with 53.7 million annual visitors.

West Edmonton Mall and Metropolis at Metrotown in Burnaby, BC, came in second and third place with 28 million and 27.7 million annual visitors, respectively.

According to the RCA, CF Toronto Eaton Centre remains as North America’s busiest shopping centre, surpassing the busiest US mall (Ala Moana Shopping Center in Hawaii) by 5 million annual visitors.

The Eaton Centre is busy as it is well served by public transit including a major subway line and two busy streetcar lines, states the report.

Meanwhile, the West Edmonton Mall confirms that approximately 50% of its visitors are from out-of-town.