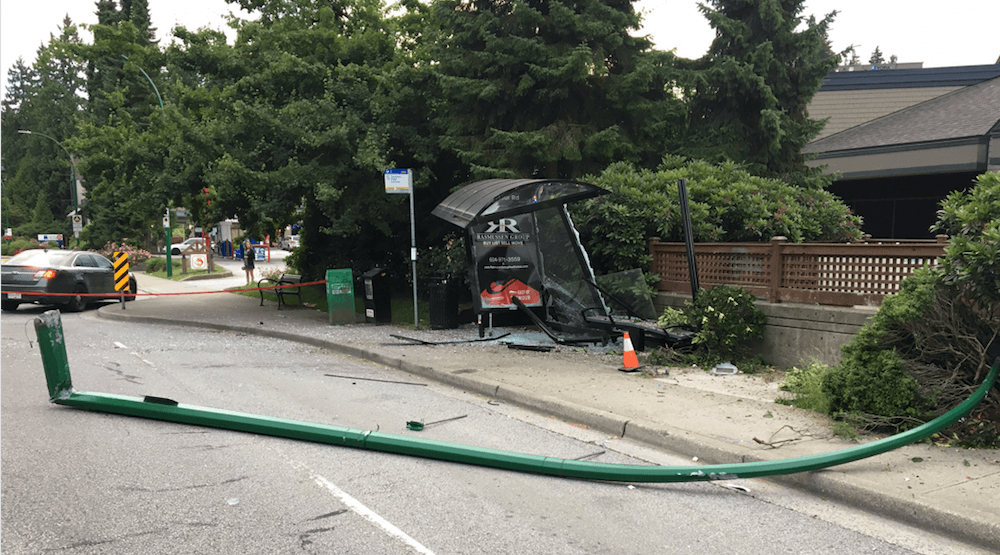 A roadside bus shelter was destroyed, a 25 year-old man was arrested, and alcohol is believed to be a factor after an incident North Vancouver on Sunday.

The vehicle fled the scene immediately after the collision.

However, in the rush to leave the scene, the driver of the vehicle didn’t notice his vehicle’s license plate had fallen off and was laying beside the bus stop bench.

A short time later, police located the vehicle – a 2004 Infinity G35 – not far from the scene.

The driver, a North Vancouver resident as well, was taken into custody and alcohol is considered to be a factor in the incident.

“Thanks to the assistance from the public, we were able to locate the vehicle and driver shortly after the collision occurred,” said North Vancouver RCMP Const. Brett Cunningham. “Fortunately no one was waiting for a bus at the time of the collision.”

Situations like these, he added, “truly outline the dangers of impaired and dangerous driving.”