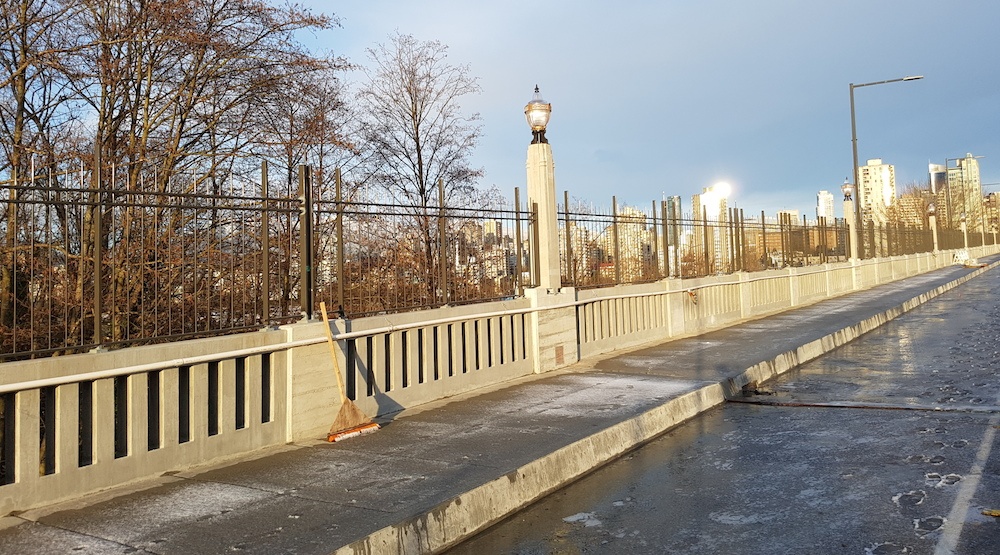 Work is now progressing quickly on the southbound side of the Burrard Street Bridge, where extensive work has been completed to rehabilitate the concrete railings. On the south end of the bridge on the southbound direction, the installation of suicide-prevention fencing is well underway and it is spaced by art-deco-themed pillars that support lamp-like sidewalk lights. 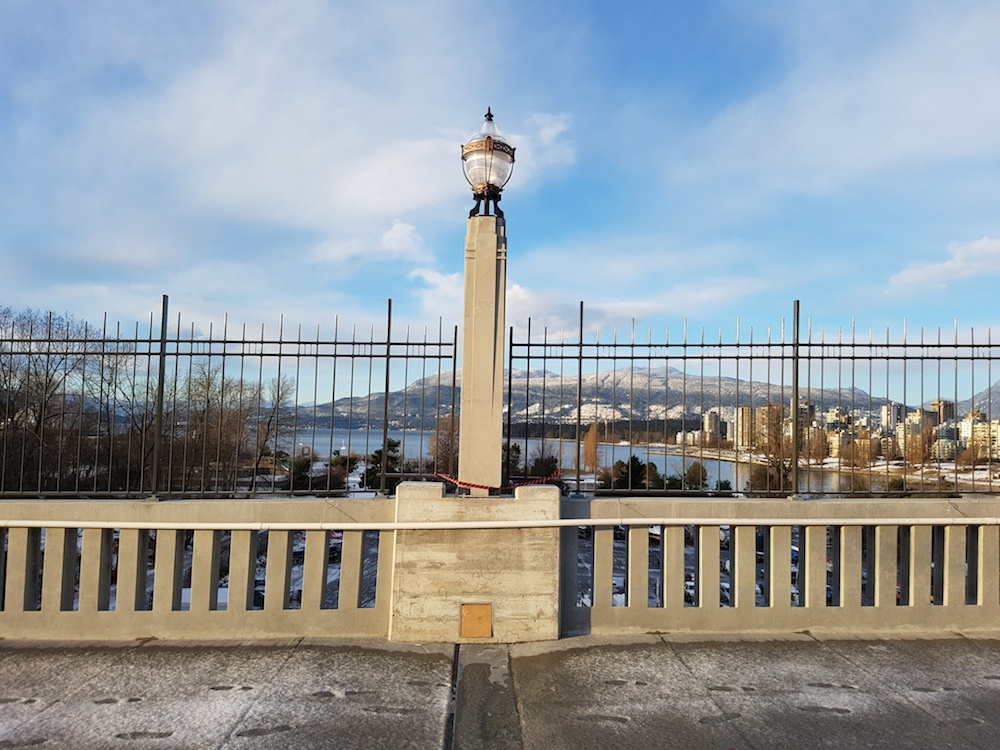 The redesign to install suicide-prevent fencing was panned by heritage critics and some City Councillors who argued that “the new interventions will irrevocably alter the appearance of this much loved landmark heritage structure”. They maintained that it would ruin the experience of crossing the bridge for pedestrians and cyclists.

There have been seven known suicides from the bridge from 2006 to 2015, an average of approximately one death per year.

Construction on the Burrard Street Bridge rehabilitation project began in March 2016 and is expected to continue through much of this year at a cost of $35 million. Once work on the southbound direction is complete, lane closures will shift to the northbound direction to allow the same treatment to be performed on the other side of the bridge.

To accommodate the space needed for the widened bike lanes and pedestrian pathways, which will allow pedestrians to use both the east and west sidewalks, one northbound vehicle traffic lane will be lost, effectively turning the bridge into a four-lane crossing.

Up until the 2009 when the bike lane trials began, the 1932-built bridge was a six-lane crossing for vehicle traffic. 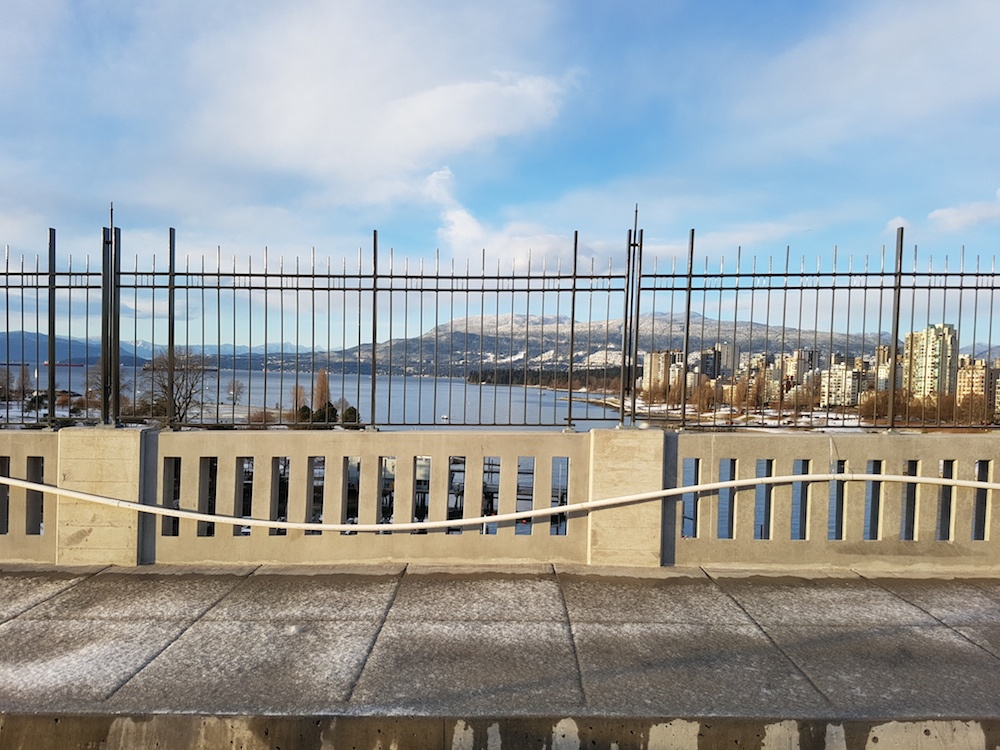 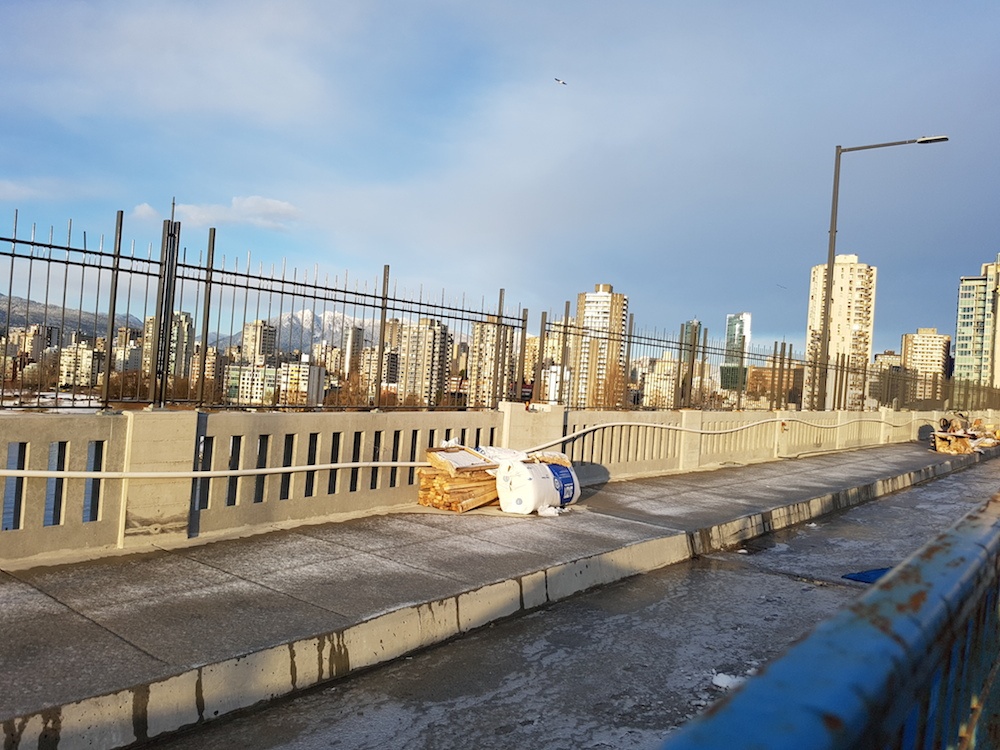