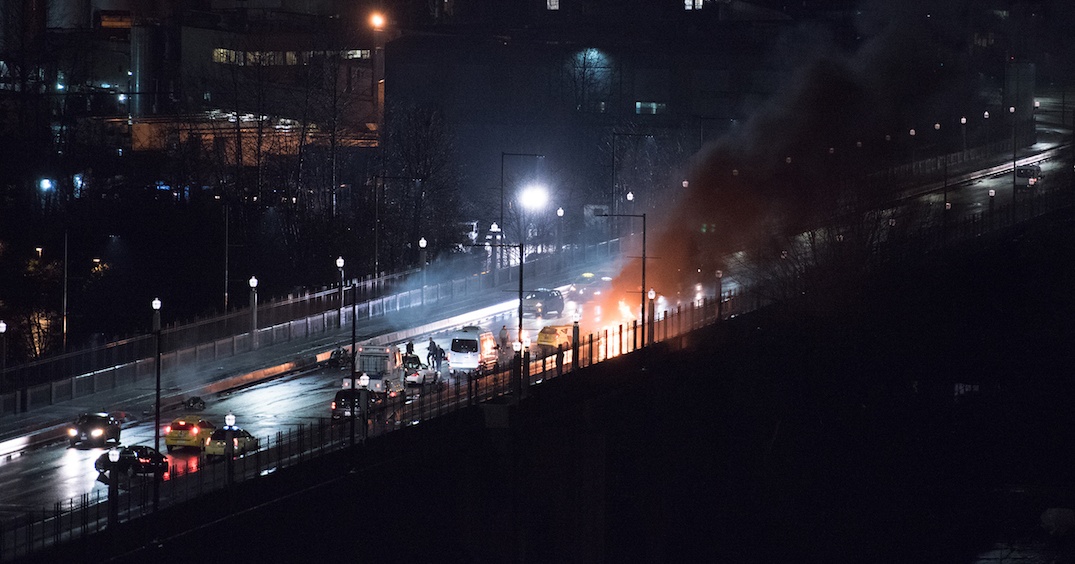 One person has died following the crash on Burrard Bridge early Tuesday morning.

According to the Vancouver Police Department, two others have been taken to hospital in serious condition after the collision between two vehicles.

The VPD is currently investigating the crash, and the bridge will remain closed in both directions for vehicles, pedestrians and cyclists. Translink buses are currently being rerouted off of the bridge.