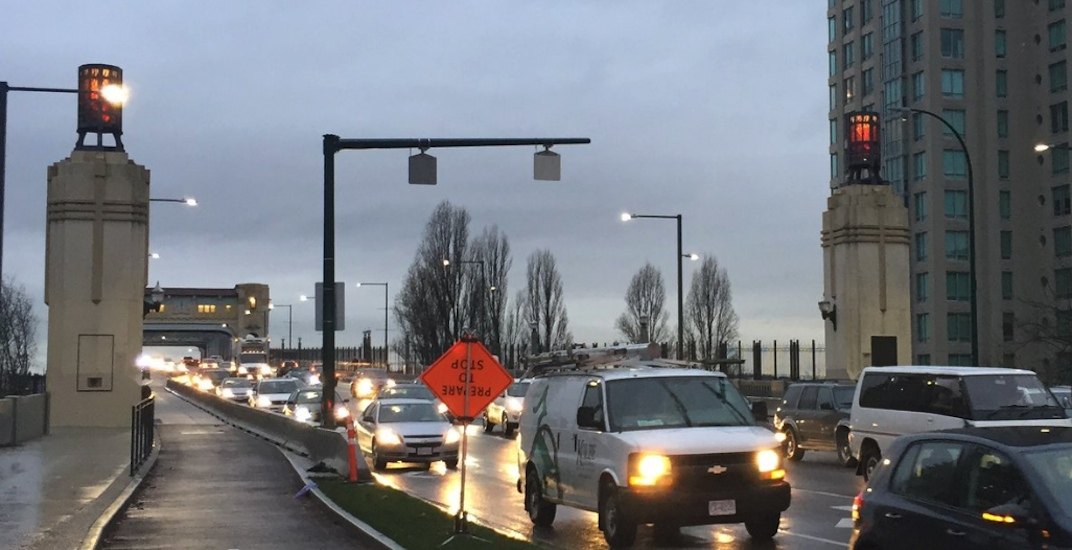 The brazier beacon lights on Burrard Bridge have been relit. (City of Vancouver)

Braziers on both ends of the Burrard Street Bridge have been permanently relit after repairs were recently made to the stained glass lamp beacons.

According to the City of Vancouver, the beacons were first installed in 1932 as a memorial to the sacrifices of Canadian soldiers in World War I.

The two pairs of lamps on each end of the bridge were originally designed to replicate the flickering charcoal brazier fires lit by soldiers to stay warm while they were prisoners of war.

Repairs were performed as part of the recent $35-million Burrard Bridge upgrade project, which restored and technically upgraded the braziers with LED lighting.

The #BurrardBridge braziers are lit once again – huge thanks to our partners @VanHeritage @RUSI_org @VeteransENG_CA for this special & powerful tribute recognizing our WWI soldiers. pic.twitter.com/WGOaOzTdho

Grateful to join re-lighting of historic braziers installed in 1932 atop north & south ends of #BurrardBridge – inspired by how soldiers stayed warm. They honour Canadians who served in WW1 on 100th year & all veterans past and present. @VanHeritage @VeteransENG_CA pic.twitter.com/ZutkMeZcIX

The braziers will now remain lit as a bright symbol and tribute to all those who “made the ultimate sacrifice in World War I and all subsequent Wars and peacekeeping missions,” says the municipal government.

The relighting comes just months ahead of the 100th anniversary of the end of World War I.

Other elements of the upgrade project include reducing the vehicle lanes from five to four to accommodate widened bike lanes, new concrete railings, suicide-prevention fencing, and miniature concrete pillars that support art deco-themed lamps along the length of the bridge deck.