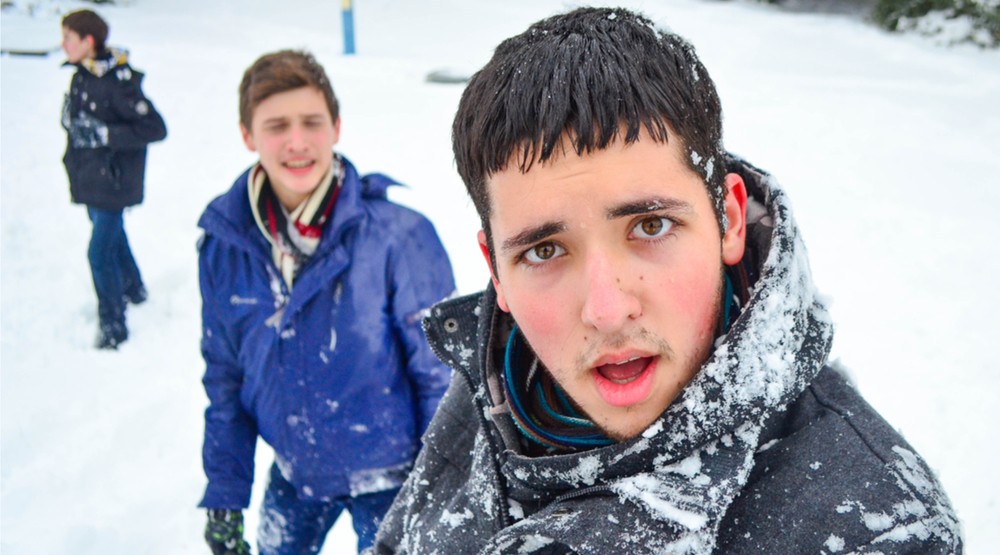 Teenage boy in the snow (White_Whale/Shutterstock)

As a Winter Storm Watch is issued for Vancouver, a student in Burnaby is taking matters into his own hands, launching a petition to be granted a snow day. Just this once.

Writing on Change.org, campaign organizer Achinth Bharadwaj said it’s been 71 years since the region has received such heavy snow and things have got to change.

“Because of this blizzard, highways have been clogged. Public transport has been sluggish. Sidewalks have become slippery and dangerous,” writes Bharadwaj, who has clearly kept an eye on the breakdown of society following the latest snowpocalypse.

Bharadwaj goes on to say that he understands that maintaining local infrastructure during a snowstorm is a “nightmare,” but using it is a headache for students and their families too.

“Little children like my sister have to walk to school. What if they slip and injure themselves, or what about a pedestrian getting hit by a skidding car?” writes Bharadwaj who is either battling for social justice or angling for a day off from school.

He also appeals to teachers and parents in the Lower Mainland, as they scramble to get anywhere on time, and “end up stranded on the highways.”

There are already multiple school closures happening across Metro Vancouver, but not in Burnaby where Bharadwaj lives, which it seems is the source of his angst.

The petition has only been open 16 hours, but it already has almost 7,000 supporters. Bharadwaj ends his petition letter with a passionate plea for help.

“Are all of these headaches worth one extra day at work, when we as friends and family have the confidence that our kin are safe and sound at home?” argues Bharadwaj.

“Why can’t we have one snow day just to ease our conscience while all the other school districts laugh at us?”

Does Bharadwaj have a point? Or is he just Burnaby’s answer to Ferris Buellar? Either way it’s easy to see where he’s coming from. After all, who among us hasn’t seen a flurry of wintery weather and hoped to have a bonus day off work?