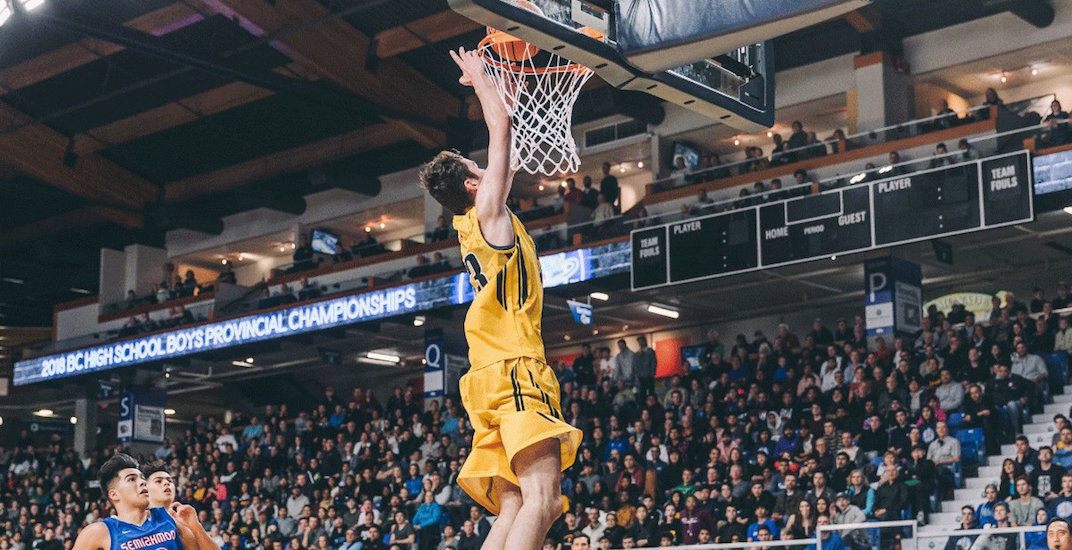 BC 4A Boys Bball

Championship Saturday did not disappoint at the BC High School Basketball Provincials, as both the 4A and 3A finals were fantastic games.

On the 4A side, we had a surprise final in Burnaby South and Semiahmoo as neither team was ranked in the top five as the tournament began. Burnaby South came out on top, winning their first championship in 39 years.

On the 3A side, the top two seeds made the final and it went right down to the final minute, with South Kamloops beating Byrne Creek.

Here’s what happened in each game.

Burnaby South wins the 4A Final

One more time, your 4A Provincial Champions!! 🏆🏆Congratulations to the Burnaby South @RebelsAthletics and all the teams for a great tournament 🏀 pic.twitter.com/WxUvfaTEMA

Burnaby South and Semiahmoo played close early, as it was 9-8 for the Rebels with three minutes to play. After that though, the rest of the half became a game of big runs. Burnaby South scored nine straight to end the first quarter, punctuated by a near dunk by grade 10 Sasha Vujisic. Dominic Calderon of Semiahmoo would put a halt to that, and start a 13-3 run for his team in the process. A buzzer-beating stepback two from Vlad Mihaila cut it to 34-29 at the break.

In the third, Burnaby South would continue to shoot the ball well, with players such as Jiordano Khan hitting threes. They managed to extend their lead to 11 after three, and in the fourth, they weathered an early Semiahmoo storm courtesy of six straight Mihaila points to win the game. Sasha Vujacic was instrumental in the final quarter, grabbing multiple boards and had a soul-snatching block on Jordon Chen that sent the Burnaby South fans wagging their fingers in jubilation. As the final buzzer sounded, the fans stormed the court to celebrate the Rebels first provincial championship in close to 40 years.

“It feels like a dream right now” said Burnaby South’s Jusuf Sehic, who was named 4a Tournament MVP. “I’m still pinching myself. Just to win provincials on its own feels absolutely unreal. And to get MVP as well, lots of guys on my team deserved it as well.”

Jusuf had 18 points and 10 boards in win. His teammate Baltej Sohal had 17 points and six rebounds. For Semiahmoo, Vlad Mihaila had 33 points and 13 rebounds.

South Kamloops wins the 3A Final

South Kamloops was looking to finally get its hands on the provincial banner after last year’s disappointing loss in the final. Meanwhile, Byrne Creek was trying to win as the No. 1 seed in the entire AAA tournament.

Byrne would take an early lead before South Kamloops went on a huge 19-4 run to end the first. In the second, Byrne Creek showed the resiliency from their last two games as they managed to cut the lead to just nine after the first half. Martin Djunga had 12 first-half points for Byrne Creek.

Much like their semifinal game against North Delta, Byrne Creek came all the way back in the second half. Djunga would tie it at 59 on a brilliant coast to coast bucket, and after that, no team would score for nearly three minutes.

The turning point came with just over a minute left in the game. Up by one, South Kamloops’s Reid Jansen made a no-look pass to Sam Jean in the corner, who drained the three. That would put them up by four, and the Titans wouldn’t look back.

Kamloops Nick Sarai was named 3A tournament MVP. He finished the championship game with 28 points and nine rebounds.