Burnaby RCMP are asking the public to help them find a man who might be connected to a suspected kidnapping attempt.

At around 4:30 p.m. on Sunday, January 17, police were called to the Lougheed Town Centre SkyTrain station after what may have been the attempted kidnapping of an 18-month-old baby.

There were no injuries reported and the suspect fled on foot.

Investigators want to confirm what happened and are attempting to identify the suspect, who’s described by the RCMP as a 45-year-old male with a dark complexion, around 5’2″ tall and with a thin build. He was wearing a dark rain jacket with a tear in the back, dark blue jeans, and black boots and was last seen at the corner of Lougheed Highway and Government Street.

Burnaby RCMP have released a sketch of the suspect: 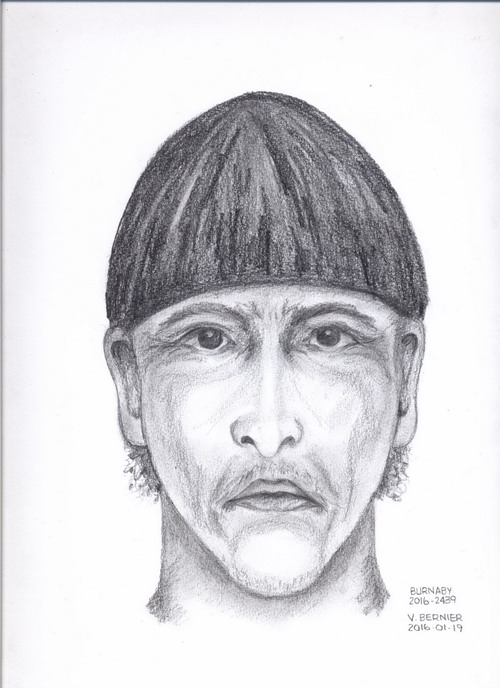 We are currently seeking the public’s assistance in identifying the suspect, said Corporal Daniela Panesar in a statement. The Burnaby RCMP hopes that this sketch will assist the investigators and lead to a positive identification of the suspect.”

Police are searching for witnesses who were in the area and are continuing to collect evidence. If you have any information, contact Burnaby RCMP at 604-294-7922 or Crime Stoppers at 1-800-222-TIPS or go to www.solvecrime.ca