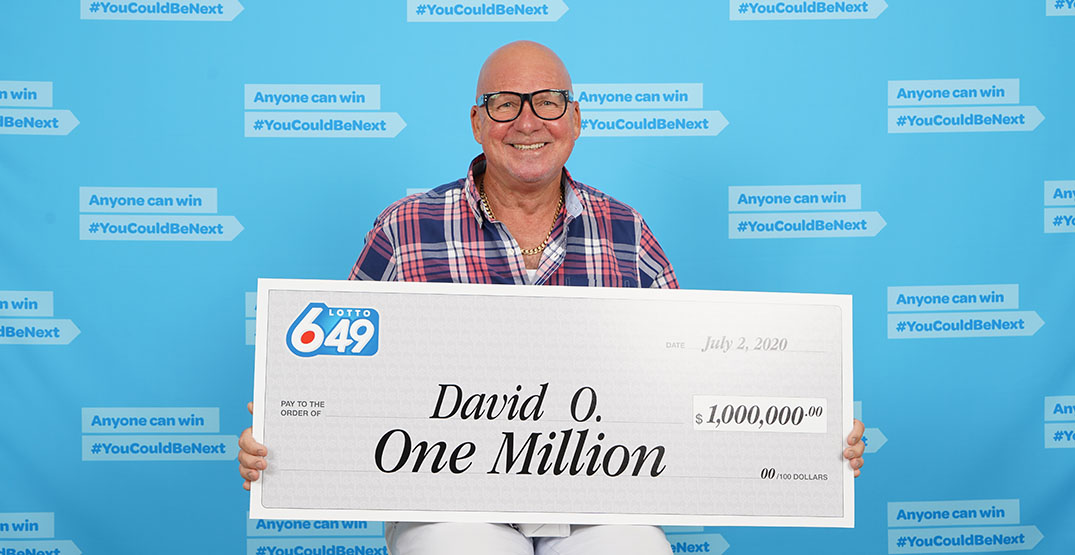 A Burnaby man posed for a photo with his million-dollar lottery cheque this week for the second time in five years.

According to a BCLC news release, lightning does strike twice for this lucky man. He won $5 million playing Lotto 6/49 in May 2016, and won another $1 million through the same lottery on Thursday.

O’Brien bought his latest winning ticket from a 7-Eleven on Kingsway, and said his wife at first didn’t believe that he’d won a second time.

“She thought I was joking when I told her,” he said.

O’Brien is retired, and plans to use his winnings on travel once coronavirus restrictions ease. India is at the top of his bucket list right now.

He also says he’ll continue buying lottery cards — since he’s played for most of his life.