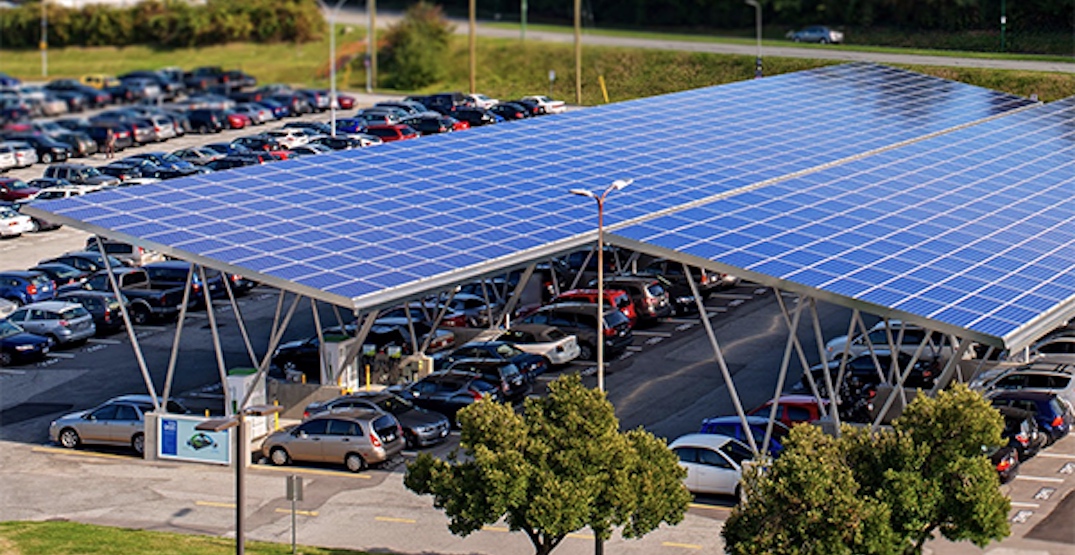 The City Hall campus for the City of Burnaby could fulfill some of its electricity requirements on-site through the installation of overhead solar panel canopy structures in existing surface parking lots.

A feasibility study has found that there is space for over 2,000 photovoltaic solar panels on the parking lots of the campus, specifically on the West Building fleet parking lot, and the staff parking lot on the northeast corner of the intersection of Canada Way and Norland Avenue. These locations have optimal sun exposure.

But city staff have recommended to proceed with a smaller initial installation as a pilot project to gain more experience for a future larger solar panel installation.

Such a pilot project would have 100 panels above an existing parking lot, with a one-time installation cost of $150,000 and the ability to generate about 43 MWh of power annually.

Using current spot market power rates, the municipal government expects it will recover the construction cost in 10 to 15 years. 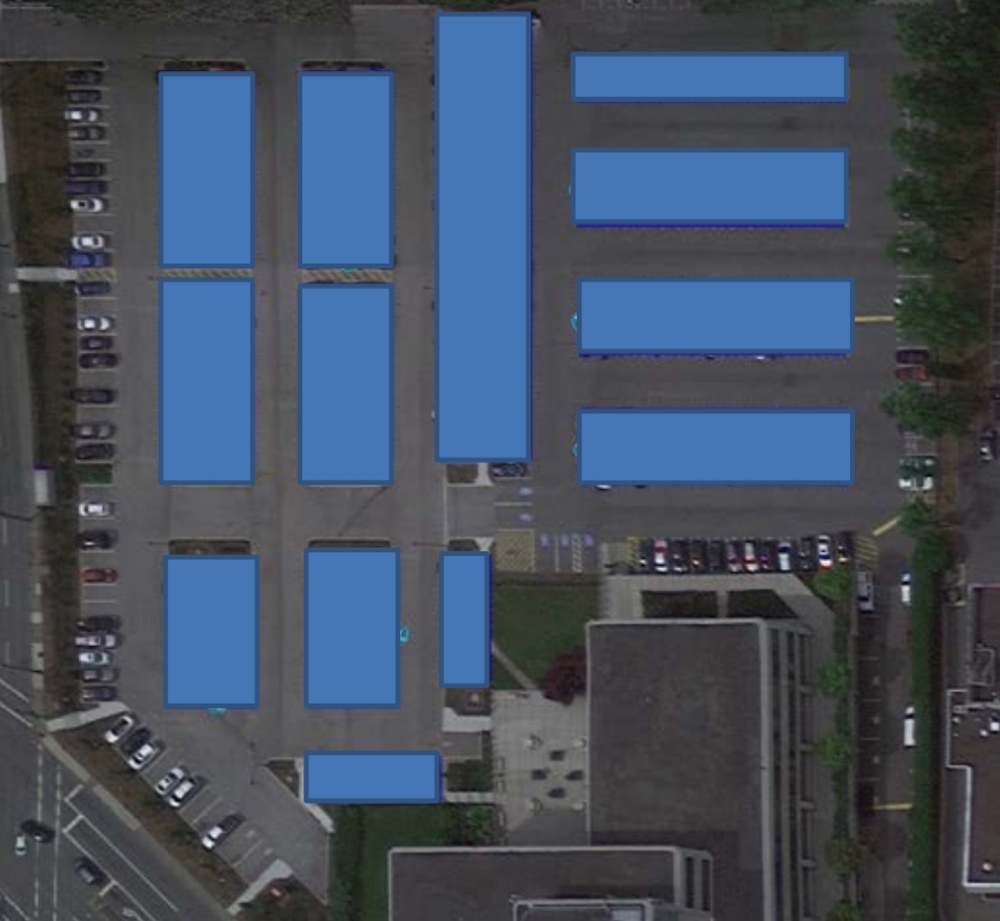 Concept for a solar panel installation at the Burnaby City Hall parking lot near the intersection at Norland Avenue and Canada Way. (City of Burnaby) 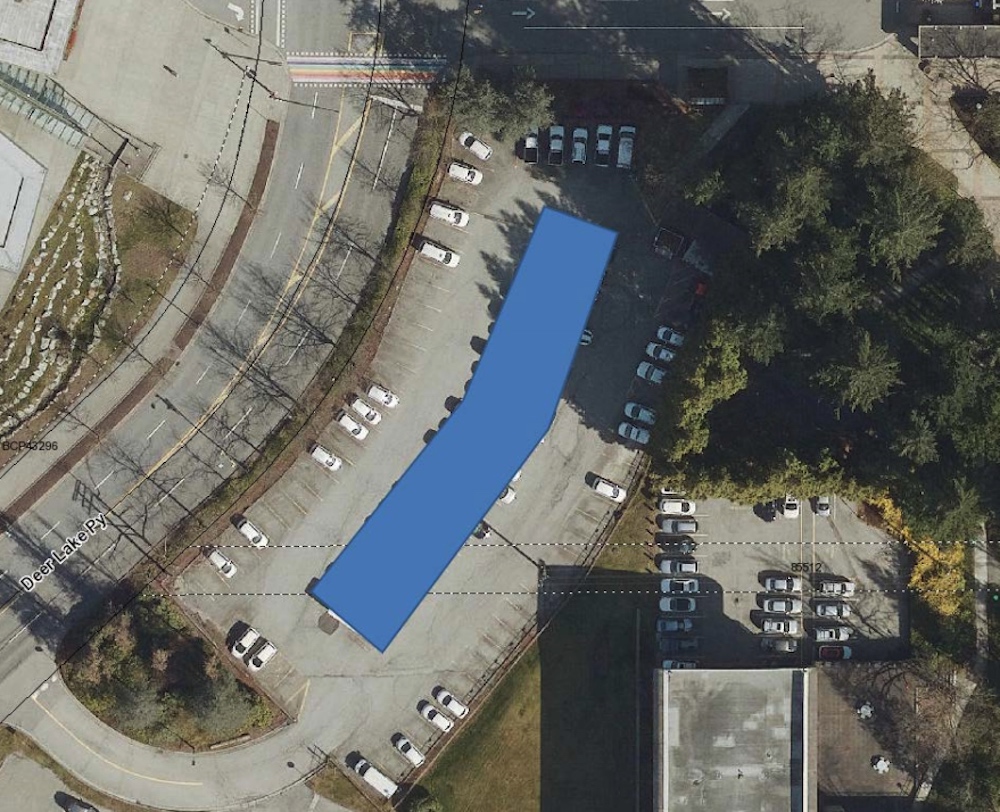 Concept for a solar panel installation at the Burnaby City Hall parking lot for the West Building fleet. (City of Burnaby)

City staff also explored the options of a rooftop installation on Main Building or West Building of City Hall, but determined there would be major additional costs for snow and wind load requirements, and extensive structural upgrades to the buildings.

They deemed ground mounted systems to be more straightforward and less costly to install than rooftop systems, and they can also offer additional benefits such as shading and cover.

The potential solar panel scheme over City Hall’s parking lots are modelled after the ground mounted solar panels on shade structures at the nearby BCIT Burnaby campus, known as the “Energy Oasis.” This infrastructure also supplies the electricity needs for electric-battery vehicle charging stations beneath the canopies at BCIT.

City staff have noted their solar panel installation could also be similarly hooked up to electric-battery vehicle charging stations.

In late 2020, the Tsleil-Waututh Nation completed a ground mounted installation of 350 solar panels on a slope within their reserve in North Vancouver District.

And for several years now, the City of New Westminster has operated solar panels on the rooftops of several municipally owned buildings, under a system where residents and businesses can purchase the green power generated by the installations. 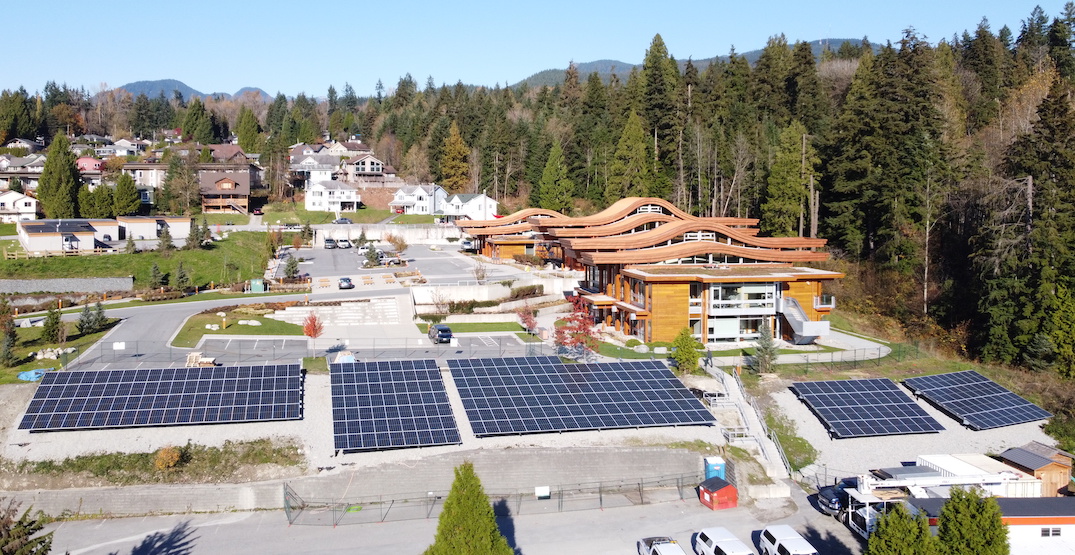