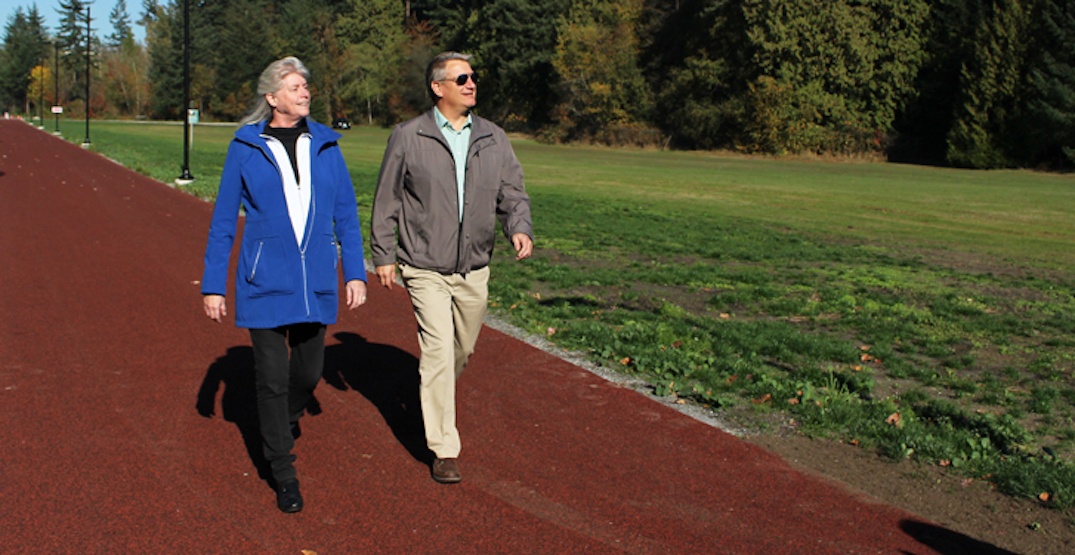 The new Perimeter Trail at Central Park in Burnaby. (City of Burnaby)

The second of three phases of the Perimeter Trail of Central Park in Burnaby is now complete and open to the public.

The city says the 0.82-km section of illuminated pathway along Patterson Avenue on the eastern side of the park opened last week.

“The Central Park Perimeter Trail not only provides health and fitness opportunities for Burnaby residents, it also helps connect our community,” said Burnaby Mayor Mike Hurley in a statement.

This newest portion of the trail is four-metres wide, stretching from Imperial Street to SkyTrain’s Patterson Station. It has a unique porous, hard surface, making it suitable for walking, running, and cycling.

In 2017, the city completed the first phase of the trail — a 0.85-km-long treed boulevard along the west side of the park along the side of Boundary Road, with connections to the BC Parkway and Vancouver’s Ridgeway Greenway, plus improved access to Swangard Stadium and SkyTrain.

The third phase along Imperial Street on the park’s south side is currently in the process of being designed.

When all phases are complete, there will be four-km-long looping perimeter trail in the park, with links to the BC Parkway at each end.