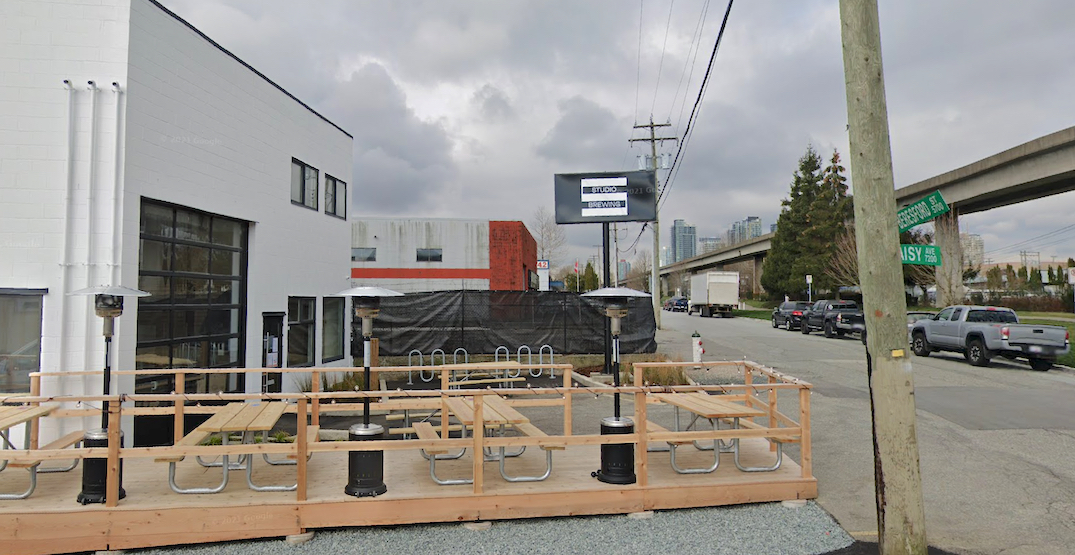 Studio Brewing is located at 5792 Beresford Street on the BC Parkway, near SkyTrain Royal Oak Station. (Google Maps)

Imagine a linear brewery district — or a brewery row — that follows the BC Parkway, and is effectively accessible by SkyTrain.

The Burnaby Citizens Association (BCA) has made a new civic election campaign promise of designating the BC Parkway corridor as a new brewery row to make Burnaby more vibrant.

Patrons would be able to use the BC Parkway’s pedestrian and cycling pathways to get around between breweries and Expo Line stations.

“It’s about more than just the beer,” said BCA city council candidate Daniel Tetrault in a statement. “Breweries and their associated tap rooms and lounges serve an important social function because these gathering places are where people build community.”

He points to Studio Brewing along the BC Parkway near Royal Oak Station as an example of what is possible. It is located within an industrial commercial area.

Such a transit-oriented brewery row would be Burnaby’s answer to Port Moody’s Brewers Row and Vancouver’s “Yeast Van” brewery district within the East Vancouver areas of Strathcona, Grandview-Woodland, and Hastings-Sunrise, where there are a large concentration of breweries, tap rooms, and lounges.

It would also be on par with North Vancouver City’s brewery district, located just northeast of the Shipyards near the Lonsdale waterfront.

In 2019, North Vancouver City Council established the Shipyards Brewery District by approving an industrial commercial zoning amendment for an area of more than two city blocks. The policy established the framework for what kind of brewery and tap room/lounge/patio offerings can exist, but more importantly it made an area-wide zoning change so that prospective businesses do not need to make an individual rezoning application, which adds to cost and time duration for review.

More than three years later after the City’s policy changes, the Shipyards Brewery District can be considered an early success, with more than a handful of brewery-related businesses now located in the area.

BCA is aiming to use a brewery district to help diversify Burnaby’s economy and attract new investments.

“We want businesses to invest in Burnaby and we think the creation of a brewery district will attract more people to set up shop here,” said BCA city council candidate Maita Santiago.

The civic election is scheduled for Saturday, October 15. The mayoral race in Burnaby has already been decided; Burnaby mayor Mike Hurley has secured a second term by default, as he is running unopposed.