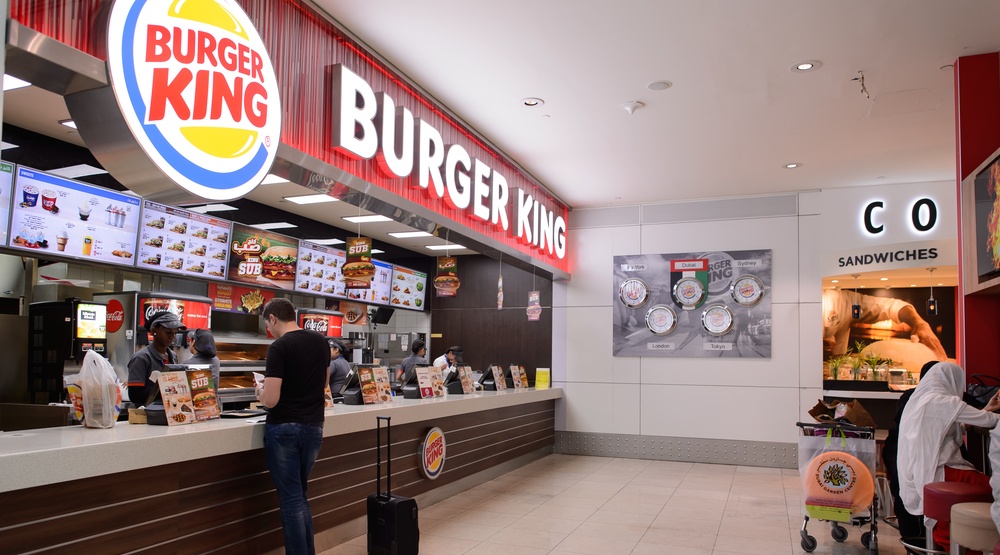 A woman who worked at Burger King’s Granville Street location until she was fired in early 2014 has been awarded $46,000 by the BC Supreme Court for wrongful dismissal.

Usha Ram, a 24-year-employee of Burger King, worked in a number of franchise locations around Metro Vancouver, including five years at the restaurant chain’s Granville Street location in downtown Vancouver earning minimum wage as a cook.

According to court documents, it was here that she was fired because one of the defendant’s owners, Janif Mohammed, concluded that she stole a medium-sized order of fries and a drink at the end of her shift on December 27, 2013.

The incident started when Ram asked the general manager, Tayyaba Salman, if she could take the food, and Salman gave her permission to do so. She had forgotten her wallet that day.

“It is not disputed that Ms. Ram asked Ms. Salman for free food at the end of her shift on December 27, 2013,” wrote Justice Lisa Warren in her ruling. “What is in dispute is what food Ms. Salman actually authorized her to take.”

The general “‘thrust of her evidence’ was that [Ram] asked Ms. Salman for a fish sandwich and fries and that she took the drink because employees were allowed to take a free drink at the end of their shift,” Warren added.

“Ms. Salman saw Ms. Ram pack a fish sandwich and fries in a bag and then take the drink as well,” the judge said. Salman agreed that Ram had made no attempt to hide the food she was taking with her.

Salman testified she was working on the till serving a customer at the time and Ram left before she finished with the customer.

Called to a meeting

On Monday, December 30, 2013, Ram went into work for her usual shift, which began at 6 am. Salman also worked that day, starting at 9 am.

No mention was made of the Friday food incident, court documents show, and Salman testified that she was “waiting to see if Ram would pay for the items.”

At about 11:30 am, having concluded that Ram was not going to pay,  Salman reported the matter to Mohammed, who told her he would meet with Ram later that day.

Ram testified that as soon as she and Salman entered the office, Salman started weeping and said words to the effect of, “Don’t put me into trouble – I don’t want to be in any mess”.

Ram said she was then asked by Mohammed whether she stole a fish sandwich and fries. She admitted she did after getting Salman’s permission to do so.

She then offered to pay for the food, but Mohammed did not take her money.

Ram testified that Mohammed called her a thief, and told her to go home, where she received a call later that day from Salman who told her she had been suspended.

Ram’s employment was ultimately terminated, although the exact date is in dispute.

“Ram testified that Salman phoned her on January 9, 2014, after she had returned home from her doctor’s appointment earlier that day, and told her that her employment was being terminated,” Judge Warren wrote.

“She said there was nothing more to the phone call – Ms. Salman simply said, ‘You are terminated’ and then she hung up. Evan Ram corroborated his mother’s testimony on this point. He said he was standing next to his mother on January 9, 2014 when the phone rang, he saw his mother answer the phone, and then she asked him what ‘terminated’ meant.”

Mohammed and Salman both testified that Salman phoned Ram on January 1, 2014 and advised her that her employment was being terminated.

Salman also asserted she called Ram again on January 8, 2014 to tell her that her final pay stub would be mailed to her.

Ram said the incident caused her mental distress, including shame, anxiety and depression.

Difference equal to about 50 cents

The price of a fish sandwich is discounted on Fridays, Judge Warren wrote.

“On the day in question, the difference in price between a fish sandwich alone and a fish sandwich combo meal, which consists of the sandwich, fries and a drink, was about $1.”

However, after applying the employee discount, the loss to the defendant of Ram taking the fries and drink was about 50 cents.

In Judge Warren’s view, given the absence of any evidence of premeditation or attempted concealment, “summary dismissal would not be a proportionate sanction even when considered in the context of the overserving incidents.”

She added that the policy of zero-tolerance for theft could have been enforced in a less serious way, such as through a formal letter of reprimand.

However, Judge Warren also said there was insufficient evidence on behalf of Ram to justify the conclusion that Mohammed planned to fire Ram or use the December 27 incident as an excuse to avoid paying Ram severance.

“While Mr. Mohammed acted impulsively, and while he and Mr. Lacombe treated Ms. Ram unfairly and with undue insensitivity, I have awarded aggravated damages to compensate Ms. Ram for the consequences of that conduct,” Judge Warren wrote.  “Their conduct did not rise to the level of maliciousness required to also warrant an award of punitive damages.”