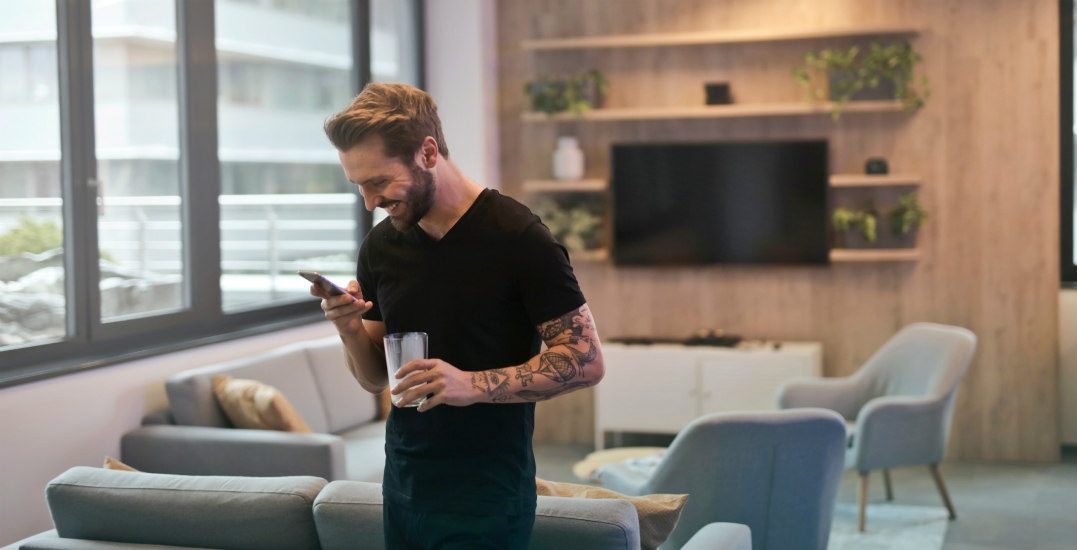 The Canadian federal election is coming up on October 21 and it’s a chance for you to contribute to democracy in Canada, whether you’re politically-minded or not.

A recent poll led by Ekos Research Associates Inc. found that 74% of Canadians aged between 18 and 38 said they know someone who doesn’t vote. Almost half of the respondents (46%) said they try to persuade that person to get to the polls, and 9% of people you wouldn’t want to mess with (seriously) answered that they respect that person less.

But perhaps even more intriguing is the fact that respondents have views on politics and dating. One-fifth of respondents (20%) said they wouldn’t date someone who didn’t vote. Think about it: has a political opinion or lack thereof ever torn you away from a love interest?

Meanwhile, 26% of respondents feel that politics should be a regular point of discussion in a relationship. On the contrary, 8% said they’d rather keep politics out of a relationship.

So how can you tell if a potential new friend or love interest cares about politics without asking them outright? Bumble has a solution. 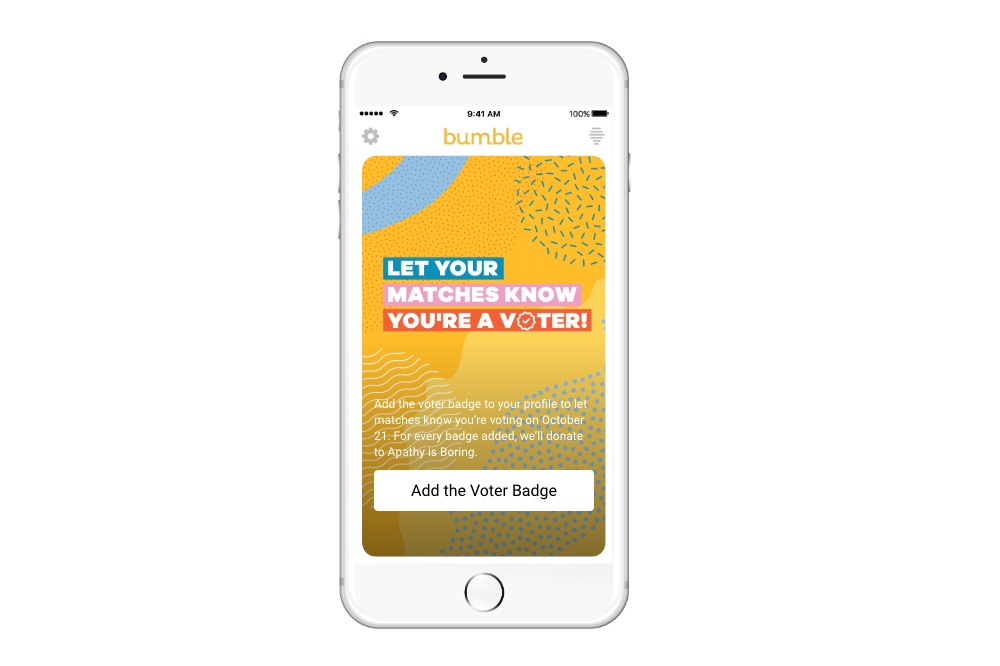 The social and dating app recently launched an “I am a voter” badge to encourage young Canadians to get to the polls for the upcoming federal election.

Users can add the badge to their Bumble Date and Bumble BFF profiles to let matches know they’re committed to casting a ballot this fall.

Icebreaker for your first date or social meeting? We think so. 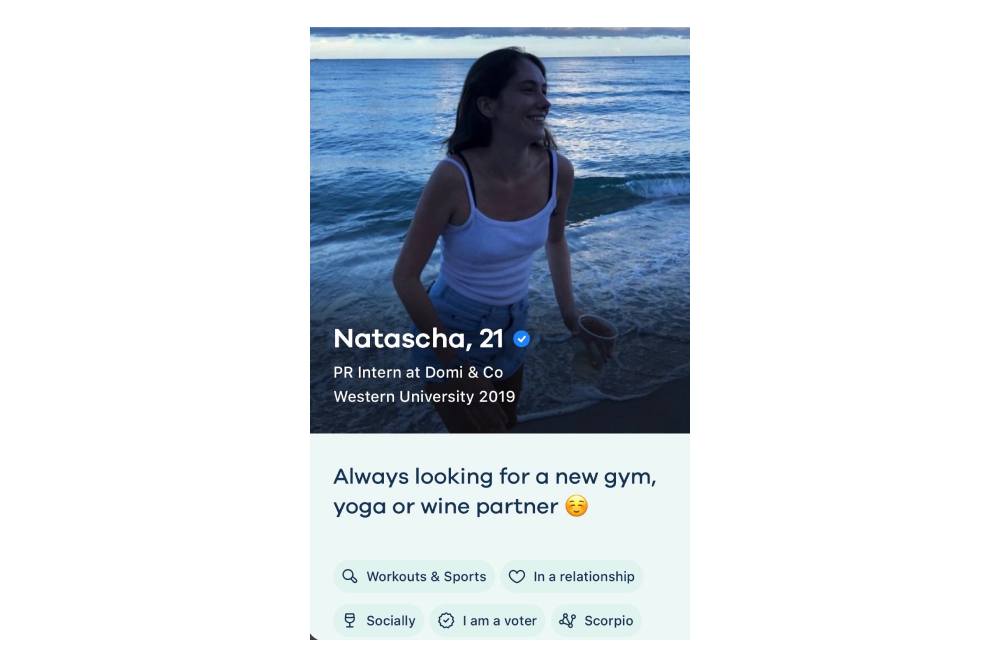 In addition to the badge, Bumble has partnered with the non-partisan organization, Apathy is Boring, who works to educate youth about Canada’s democracy.

Bumble will make a donation to Apathy is Boring (up to $10,000) for every user in Canada that adds the “I am a voter” badge to their profile, with a goal of supporting the organization’s work on educating future generations of voters.

To kick off the pre-election discussion, Bumble will be popping up with voter activations in Toronto (King and Spadina) and Vancouver (CF Pacific Centre) on October 5. Here, residents of each city can talk about the election issues that matter to them.

Not registered to vote yet? No problem. If you’re a Canadian citizen over the age of 18, you will be able to register to vote onsite at each location.

For more information and to try the “I am voter” badge for yourself, visit Bumble now.