World-class architecture requires a world-class marketing campaign: a highly anticipated Vancouver development is being given a major marketing push with a reach that spans to Asia.

A multi-storey building mural advertisement has appeared in Taipei for the $500-million Vancouver House project, an approved 52-storey mixed-use development that will include 407 units of market residential units.

The tower is designed by world renowned Danish architect Bjarke Ingels and features a striking architectural design of a right triangle at the base that transforms into a rectangle at the top.

Henry Kosch told Vancity Buzz he recently spotted the ad during a brief visit to Taipei. “At first I thought the building looked kind of familiar, and then I realized it’s the one they are going to build in Vancouver. This surprised me, so I had to take a photo of it.”

The Vancouver House mural ad is located at the corner of Beiji Road and Lane 216, Section 4, Zhongxiao East Road in Da’an district – a major commercial and shopping centre and home to three major universities.

Kosch is currently in Hong Kong for academic exchange and says this is the only Vancouver House ad he has come across in Asia. This was also the only foreign real estate project advertisement he noticed in Taipei.

Over the summer, a controversy emerged after The Province erroneously reported that Vancouver House was being sold two months in advance of being sold in Canada. Eleven days after the piece was published, the newspaper retracted the article online and issued a correction.

Construction site preparation is now underway for the Vancouver House project, with completion scheduled for 2018. 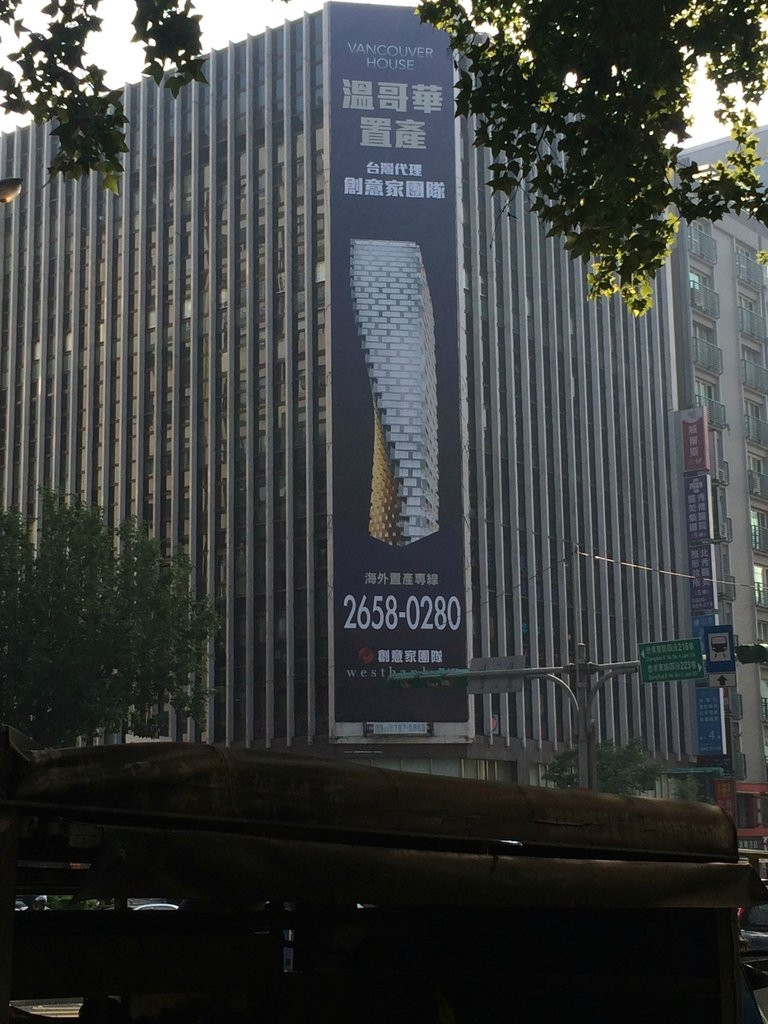