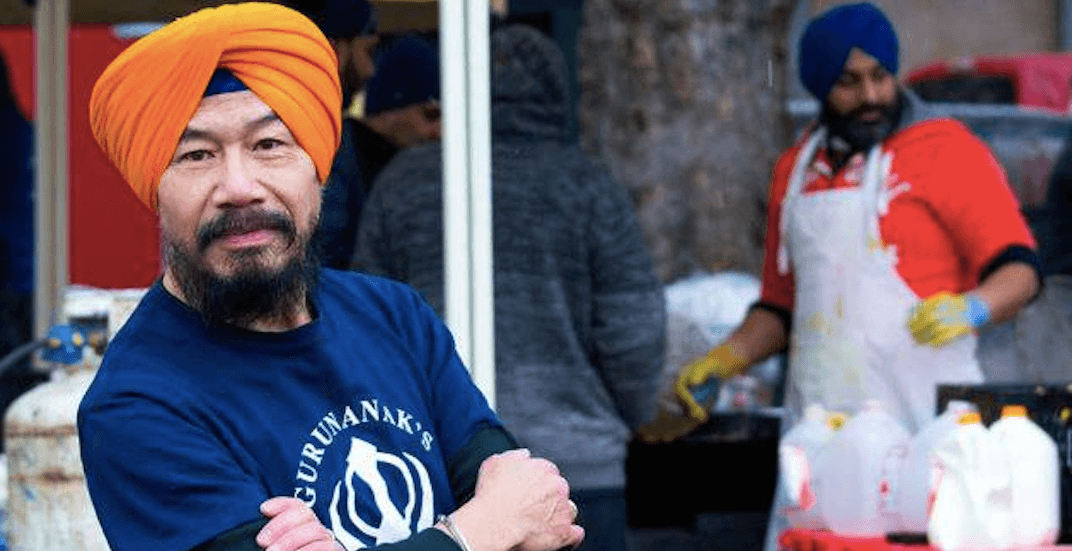 Former Buddhist Pat Singh Cheung found community in an unexpected way in Vancouver, and has since began learning about Sikhism and spreading the religion’s teachings throughout downtown Vancouver.

Five years ago, Cheung was walking through the city’s impoverished Downtown Eastside, and recalls seeing a large lineup for food outside Main and Hastings.

“Being nosy, I went over to investigate, and this gentleman asked if I wanted food. I said no I don’t. Instead, he gave me a pair of gloves and a ‘ramal,’ or bandana to cover my head,” said Cheung, who immediately got to work, providing food to anyone who lined up. 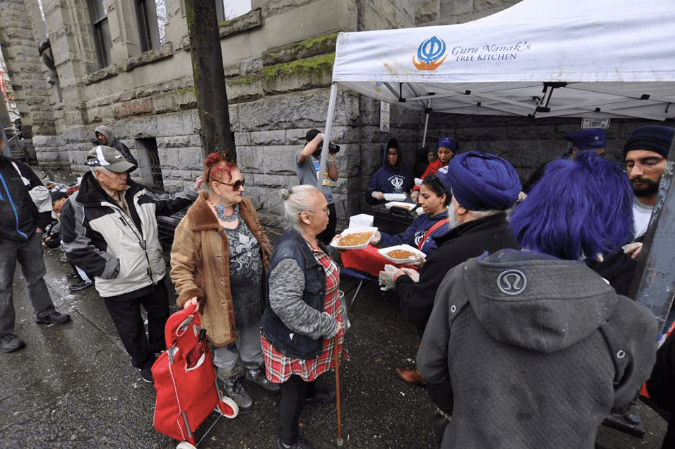 After this encounter of doing ‘seva’ or selfless service with Guru Nanak’s Free Kitchen, Cheung began his journey to learning about the Sikh religion.

One thing Cheung says he has adopted from the religion stems from the principle of equality.

“I think that the main key to me is how to treat everyone equally. All because of doing Seva, I think that’s the main element, to make an honest living, and help the less fortunate,” says Cheung.

Sikhism is a religion that was founded in the Punjab region in the 15th century, with the religion’s teachings enshrined in the ‘Guru Granth Sahib,’ the Sikh Holy Scriptures.

“I gradually went to the Internet to learn more about Sikhi, and I was hooked. I volunteered at least four times a week, and every Sunday we served free food,” Cheung continued.

The retired registered nurse and photographer, was originally a Bhuddist who moved from Hong Kong to Fort St. James in 1973 to work at his family’s restaurant.

Now, Cheung spends most of his time trying to “spread the Guru’s philosophy in Chinatown in Mandarin and Cantonese,” and has written and published a pamphlet called “3 Facts about Sikhi” in Cantonese to help the many people of Chinese-descent understand the religion when they come to Guru Nanak’s Free Kitchen on Sundays.

Although he says some individuals in the Asian community ask why he “abandoned his heritage,” he says he is grateful for the opportunity to explain his choices.

“I think this is good, because it opens a conversation channel and I can explain to them about Sikhi,” says Cheung.

Cheung has been tying his turban and keeping his ‘kesh‘ or uncut hair for almost three years now, along with wearing a steel bangle called a ‘kara’. 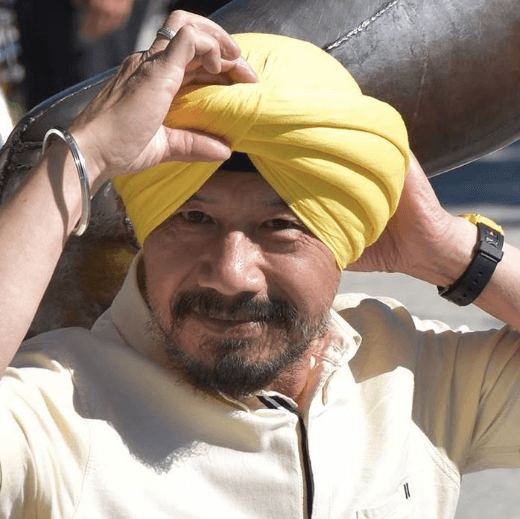 “Ideally I would love to go to India and take Amrit in India during Vasakhi,” Cheung continued.

“I consider the Sikh community really my family now,” says Cheung, who was present at both the Vancouver and Surrey Vasakhi celebrations.