Fiona Grieve is like a unicorn. In a town where every second person, it seems, works in the restaurant industry, she has become that rarest of all breeds: server-turned-restaraunt-owner.

She started 12 years ago, serving in fine-dining establishments, both here and in Toronto. Unlike many servers, she wasn’t serving while prepping for something else–she genuinely enjoyed serving and got a great deal of intrinsic value out of it. Her work made people happy, and that was her career.

But she did have bigger plans. Over the last decade, she put aside a little money here and a little money there. Instead of taking vacations, she worked and saved. Then last year, she started looking for a place to call her own. 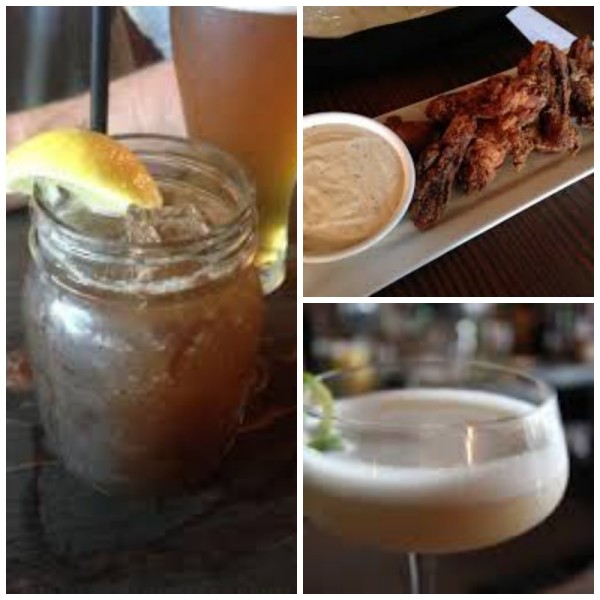 Grieve had lived off and on in the West End for much of her adult life, and she loved it there. “It’s like a small town in a big city.” One of the first properties she looked at was in a nondescript block of Denman Street, near Robson. It was an Asian restaurant, but ultimately, it needed too much work so she passed. Her search led her to other neighbourhoods in the city, but one day, she just decided to go for it. She took over the space at 833 Denman, “and we gutted it. We kept the floors. That was it.”

The concept for the restaurant was Barbecue, so they chose a tongue-in-cheek hunting motif for the space. Everything is done in dark wood, stained and sanded by Grieve herself. It took Grieve and her crew seven weeks to complete the reno, and in May, 2013, the Buck Stop opened its doors.

The 30-seater quickly got popular with locals and others in the industry, due to their 2 a.m. liquor license.

Buck Stop’s success is due, in no small part, to Grieve, although she is loathe to take credit. “It’s like a dining co-op,” she says. “We listen to our customers. We have an army of regulars, and they are always pitching in with what they want in terms of food and cocktails.”

Consistency has been another huge part of their success. They are open 7 days a week, from 4:30 pm until 2. Even on nights when it’s slow, they stay open until the end. “If you get it into people’s heads that you’re going to be there for them,” says Grieve, “they will come.”

While the atmosphere and the service are integral parts of any restaurant, at the end of the day, if the food isn’t good, you’ve got nothing. A 26-year-old Ottawa native, Chef Henry Besser Rosenberg is obsessed with Barbecue, and it shows. The menu focuses on small plates (each with a smoky component) and meat. Small plates include their somewhat famous grilled cheese, which features their house-smoked gouda. Deep fried pickles and mac ‘n’ cheese are also pretty popular. Meat-lovers will rejoice in the 9 1/2 hr smoked brisket, served as-is, in a sandwich, or wrapped around scallops. There’s also pulled pork, ribs (pork, beef or bison, for the brave), and smoked chicken that’s first been honey-orange brined. You’ll also find touches of the south here: hushpuppies, grits, and beans. Here, comfort rules. 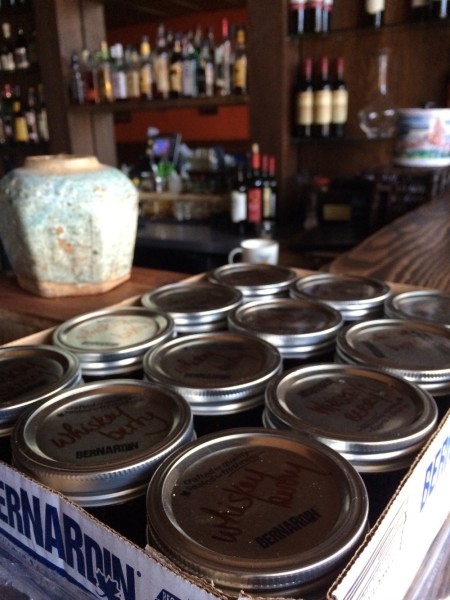 Attention to detail is key. On the day I visited, Grieve was proudly showing off a couple of batches of jam she’d just made with her mom to serve alongside weekend brunch. Both featured whiskey as a key ingredient. All the sauces are made in-house, including ketchup, and all the standard ones are made with gluten-free soy sauce. They make their own ginger ale for the cocktails, and Buck Stop has become known as the place to go for interesting cocktails if you are west of Granville.

While many of the cocktails feature Bourbons and Whiskeys (naturally), “Canada is making cool new Ryes right now,” says Grieve. “We’re obsessed with cocktails, putting our own twist on the classics. Twenty-five percent of our regulars have their own drink, and we’re constantly experimenting with new drinks–bitters, syrups, infusions.”

And everyone knows ‘nerdy’ is the new cool. Especially when your leader is a unicorn.