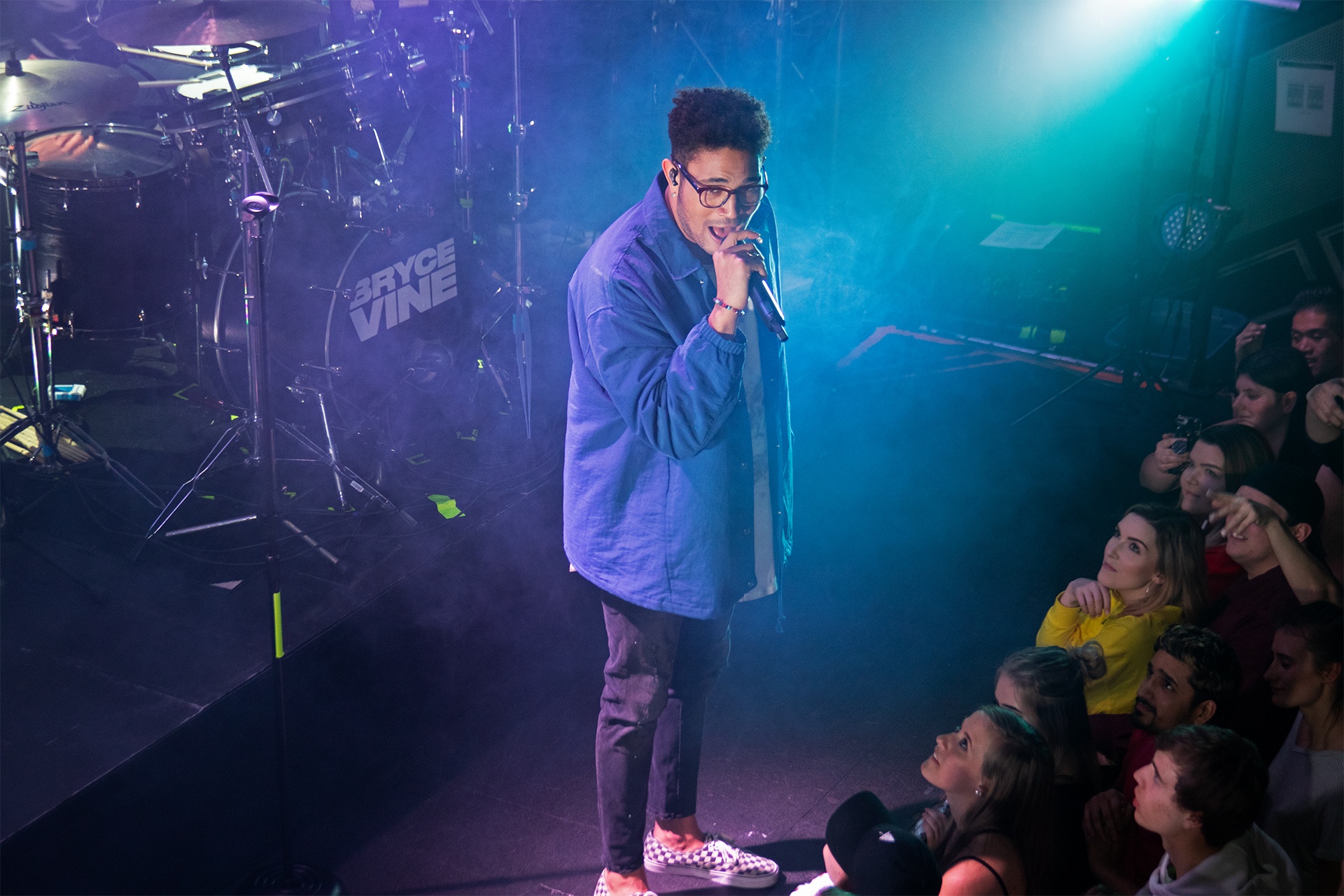 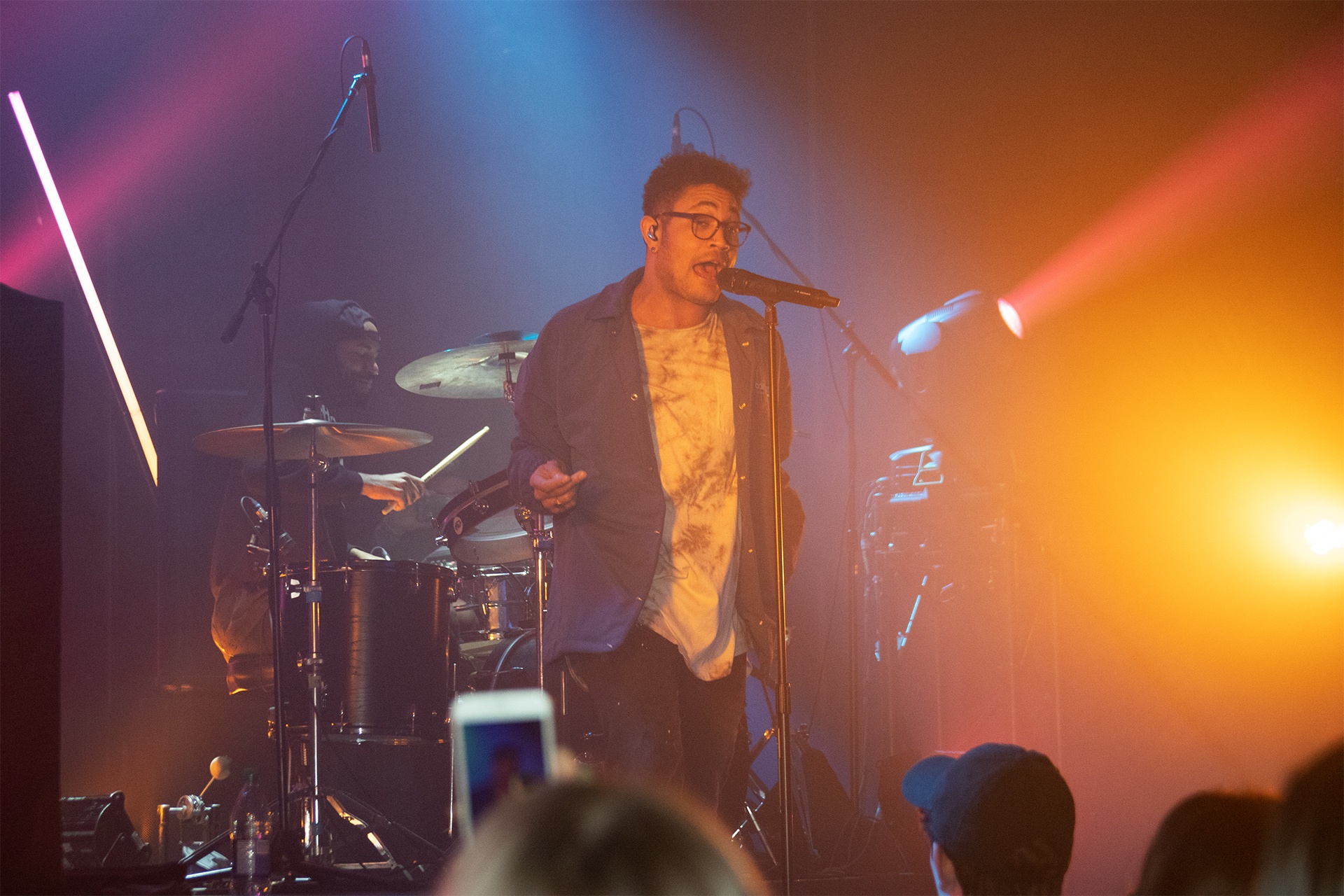 Kicking off the show for Bryce was Seattle rapper Travis Thompson, whose laid back, class clown style was a perfect match for the early all-ages show.

Known for the opening verse on Macklemore’s late 2017 single Corner Store, his set was reminiscent of a young Mac Miller, describing the highs and lows of teen life with unquestionable charisma. 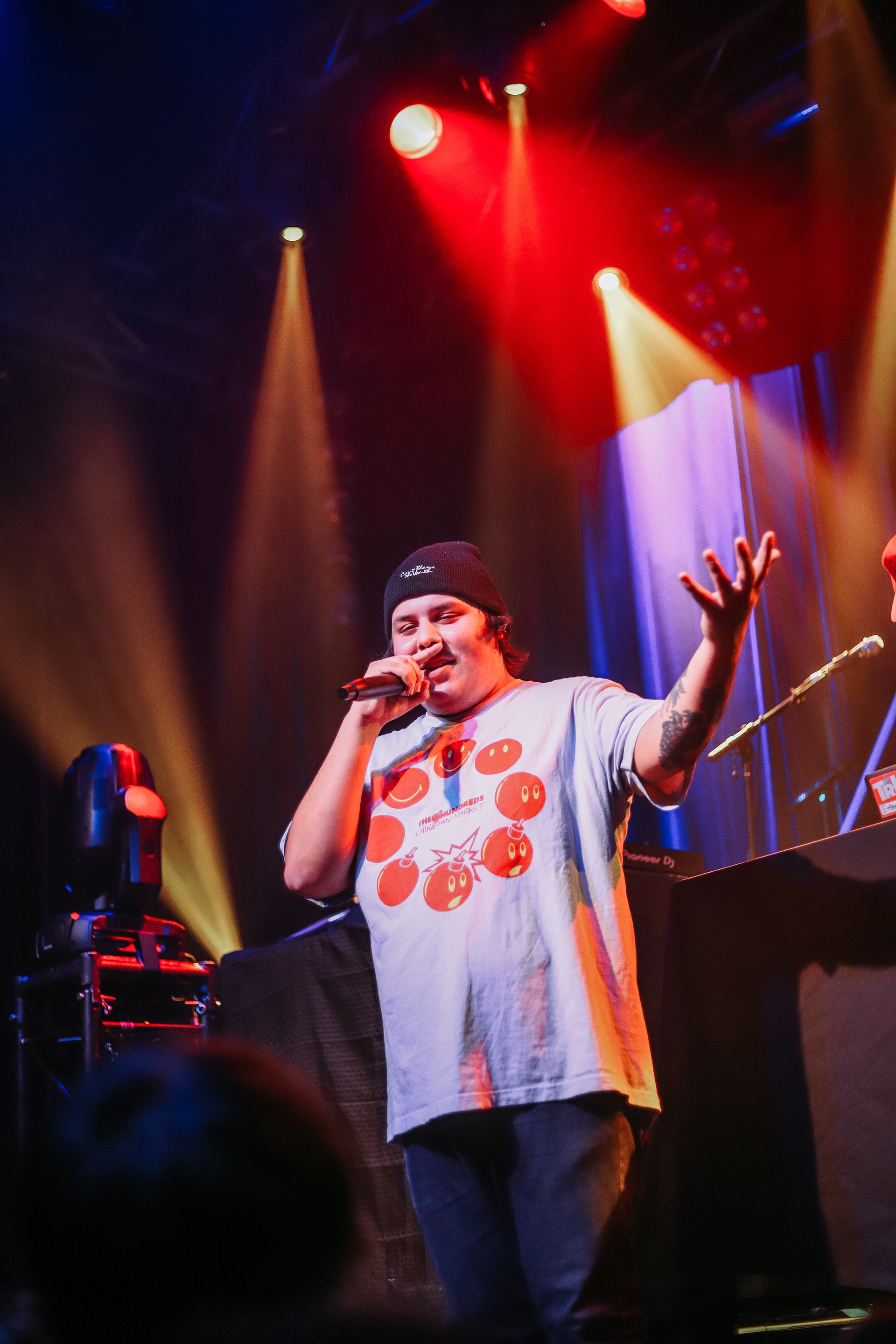 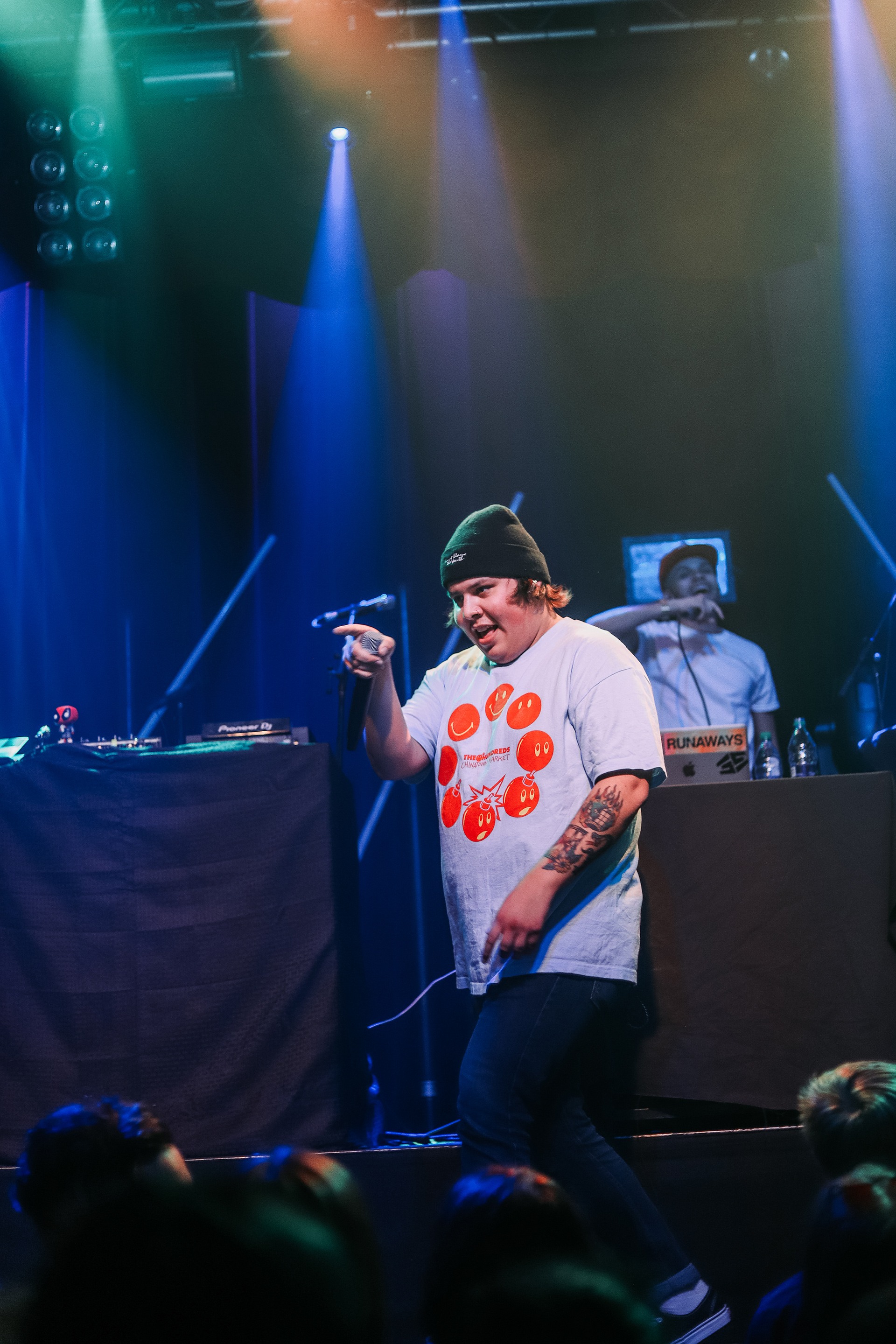 After a short break, the stage went dark as the imperial march boomed across the venue building anticipation for Bryce to take the stage. The screams were deafening as Bryce snuck on stage starting his set with the bouncy good vibes of On The Ball. 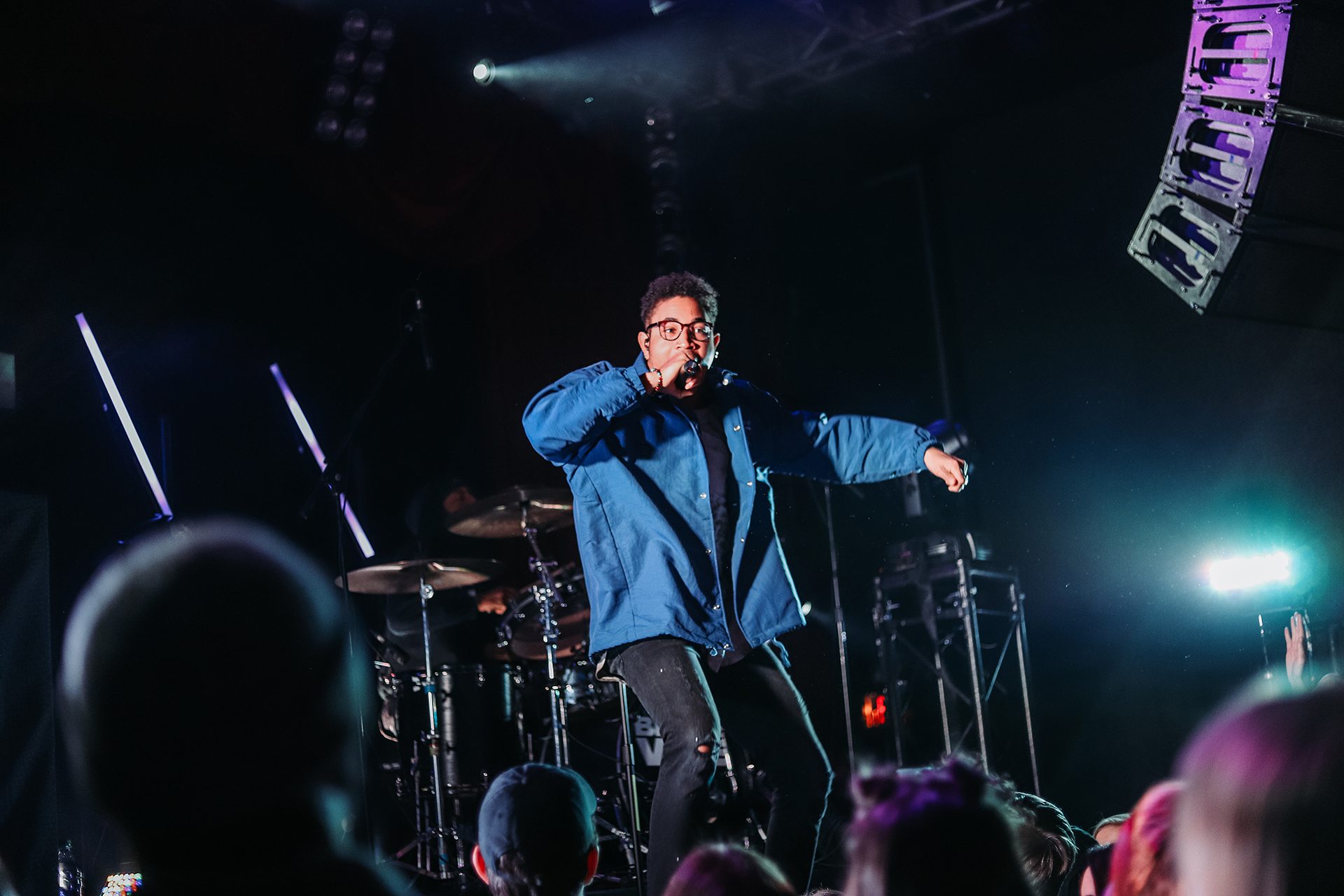 Backed by only a drummer and a DJ (who also played the trumpet on a couple of songs), Bryce brought Saturday night energy for over an hour to the sober Sunday night crowd. 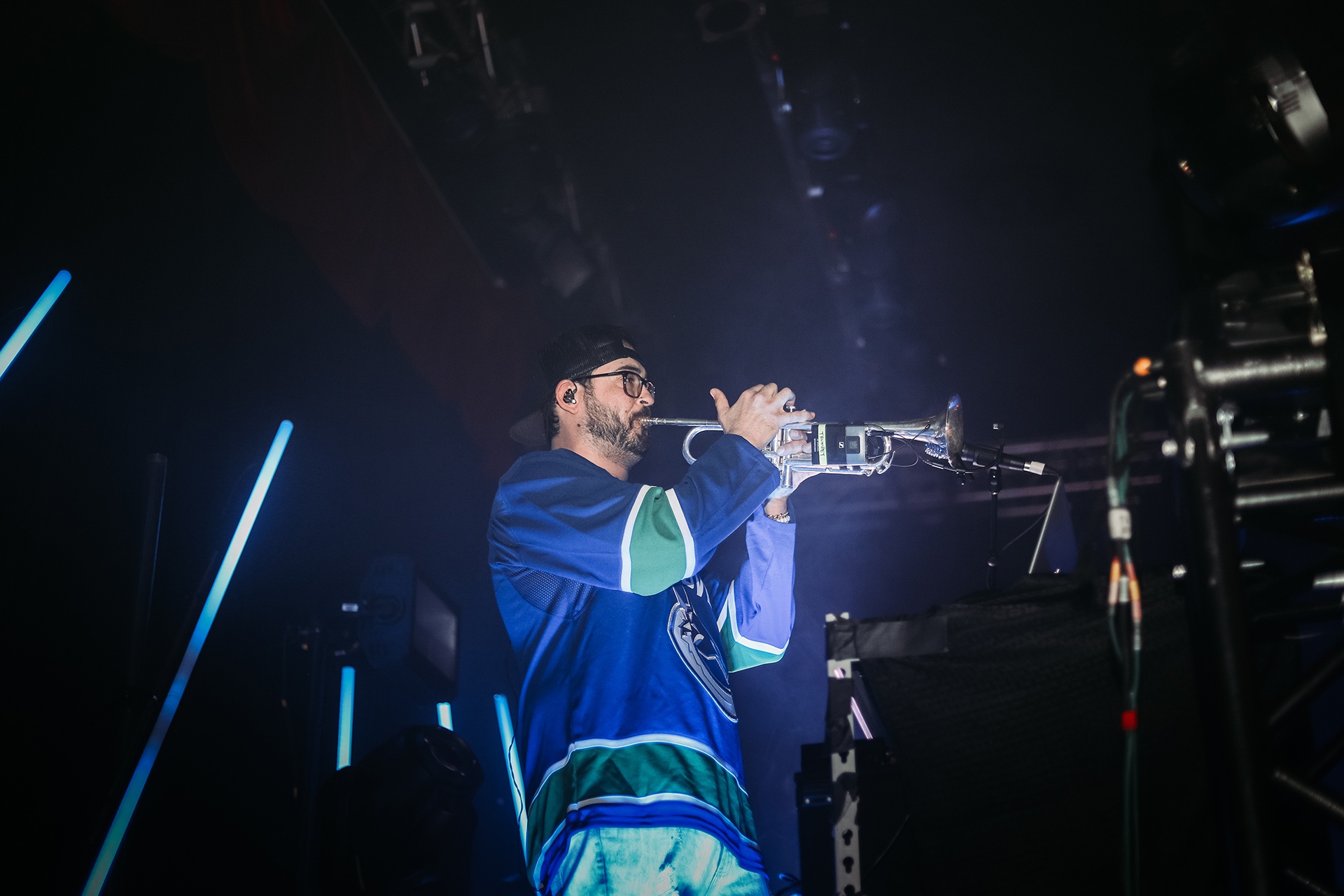 Women and LA livin’ seem to be on his mind a lot as Vine played his hits Sunflower Seeds, Bella and Glamorama to a room full of screaming ladies. But his comedic side shone through, joking as he introduced his new song La La Land with “I’m from a small town… called…Los Angeles, you’ve probably never heard of it.”

To responding to the crowd’s pleas to play Drew Barrymore with, “I got this, I’ve been doing this for 25…days…almost in a row.” 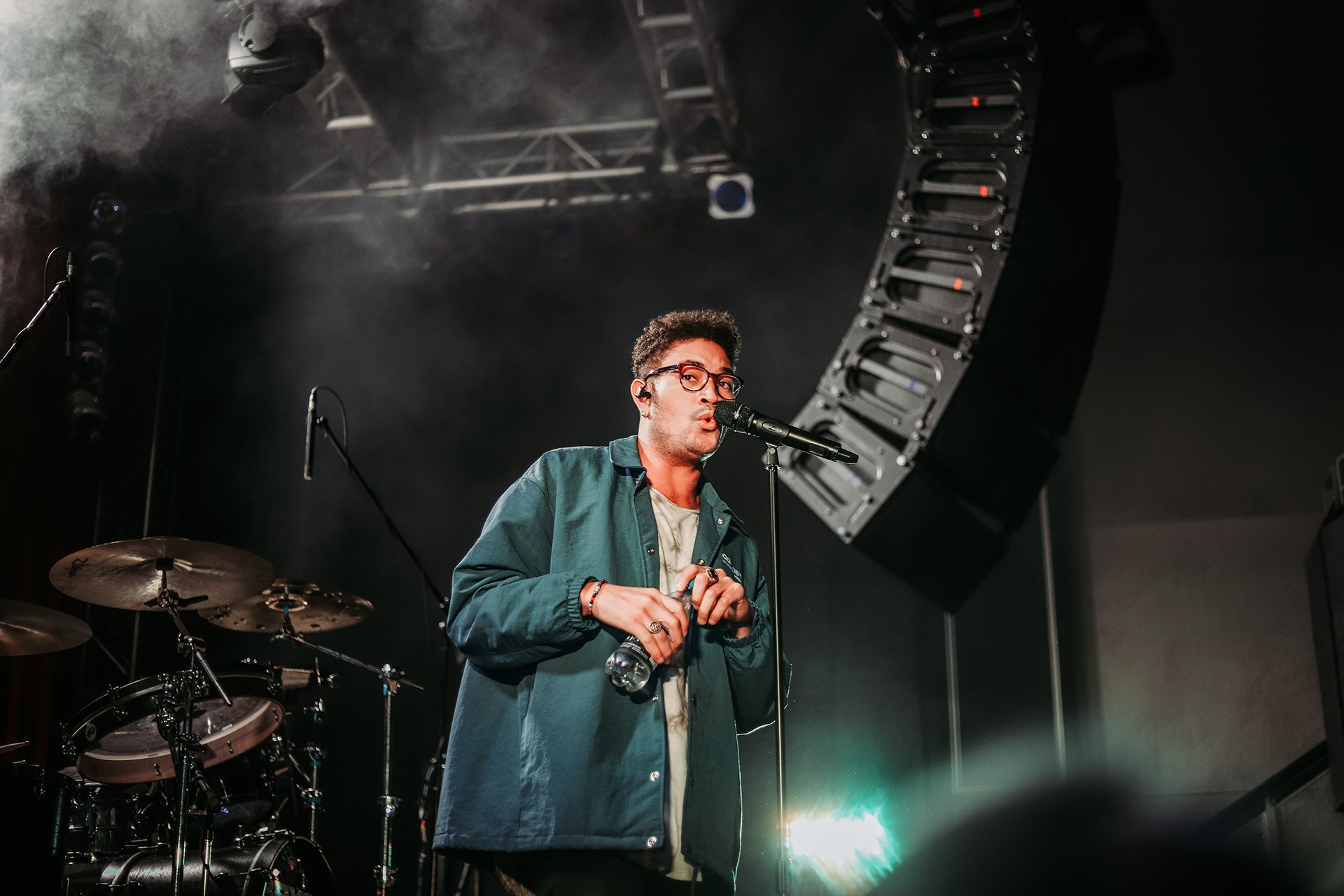 Bryce thanked the crowd for the warm welcome to the city and had us all sing Happy Birthday for his friend Aaron who flew out to be with him on his last tour stop.

Leaving the stage abruptly after, the crowd began immediately chanting “one more song,” “encore” and “Barrymore.” No less than five minutes later, Bryce obliged playing Drew Barrymore along with couple other songs. 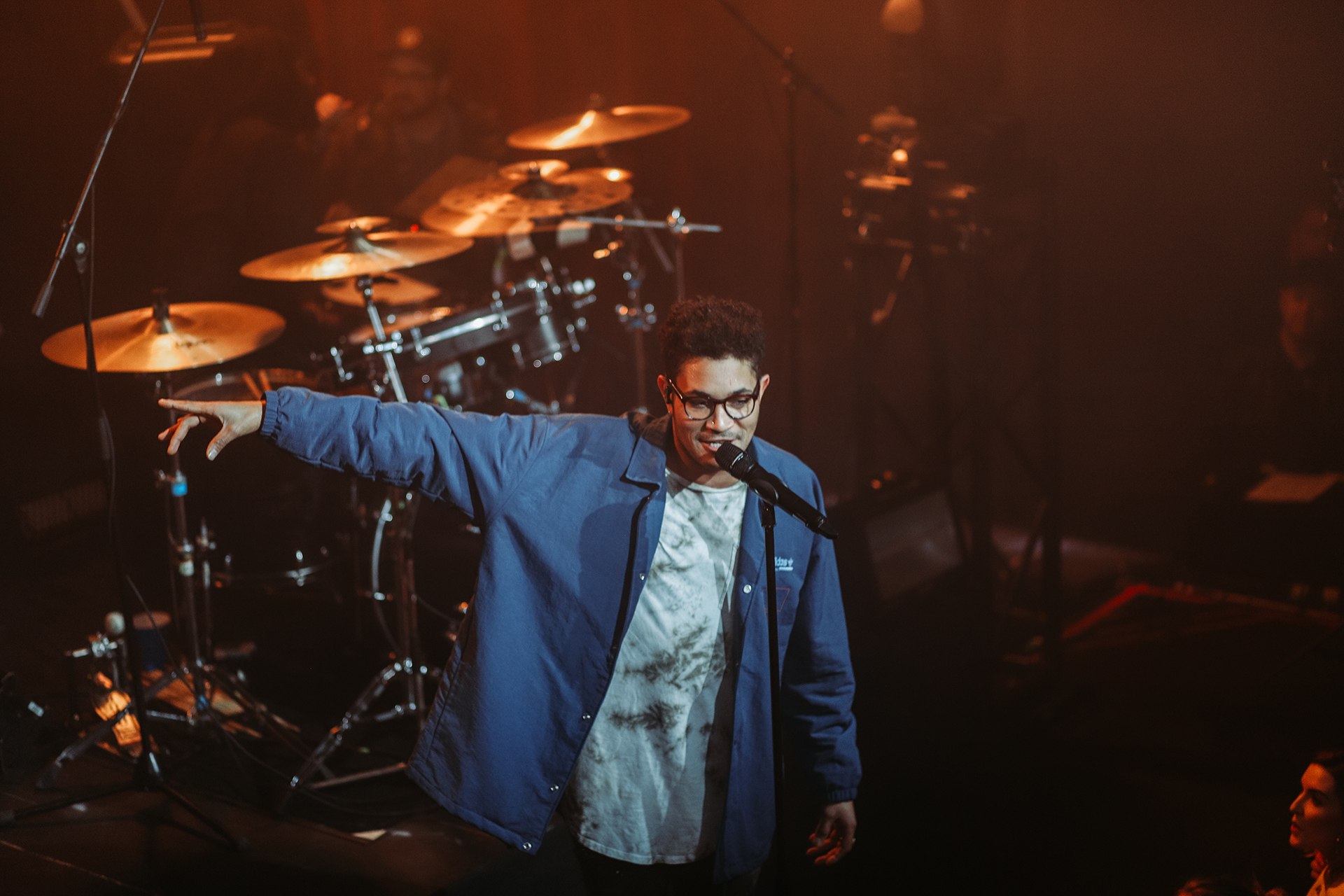 Bryce was constantly interacting with the crowd, making jokes, shaking hands and showing love to the loudest fans. The biggest highlight of his set for me was the performance of Sour Patch Kids. This insanely catchy tune reflects on the simple life growing up in the 90s with references to the Fresh Prince of Bel Air, the Sony Walkman, MTV and more. 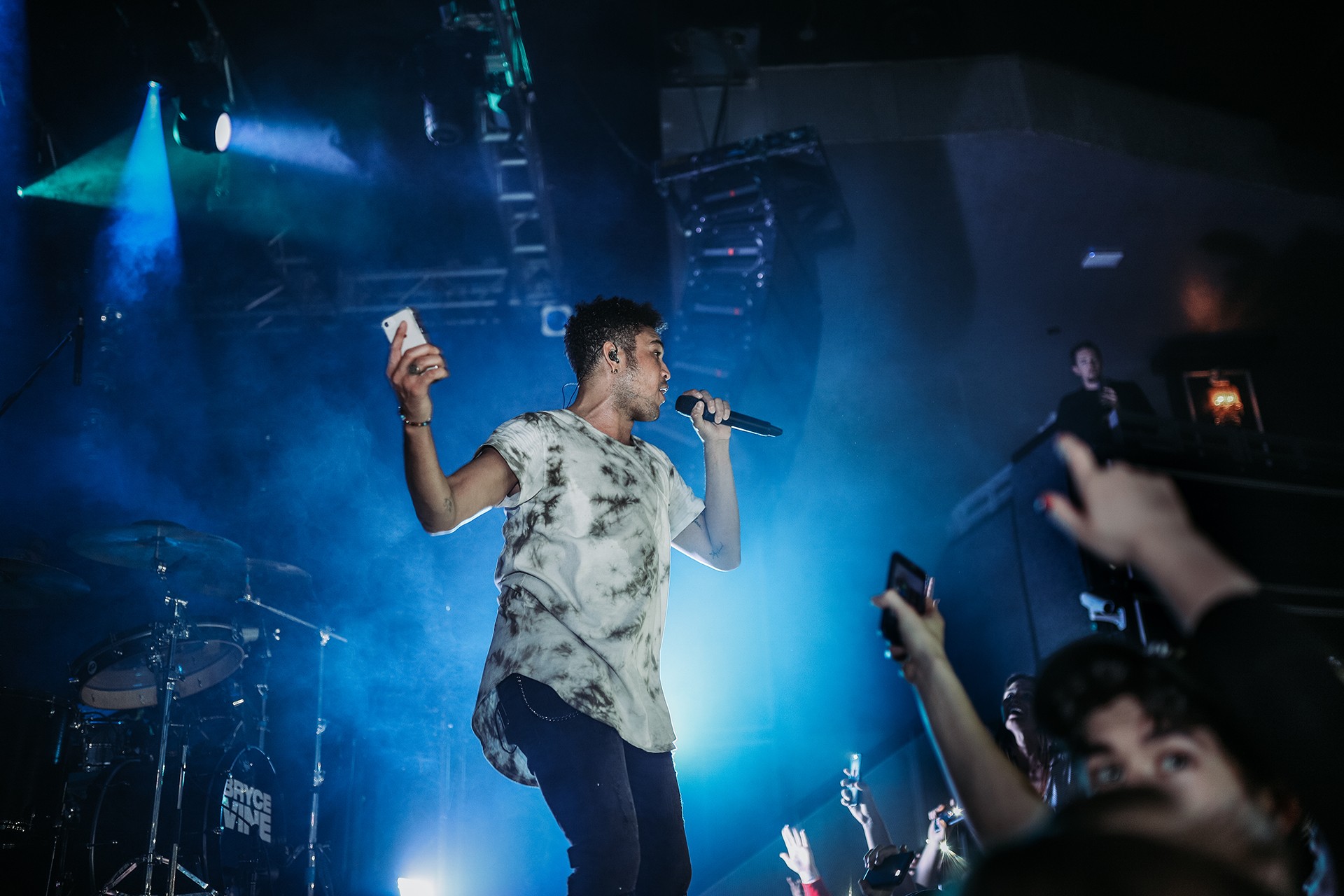 A rush of nostalgia came over me with lyrics so relatable to my own life, I felt it was the perfect time to make a connection with Bryce. Half-way through the song, I made my way to the front of the stage and handed him the bag of Sour Patch Kids I had in my pocket. It was an amazing moment, he immediately appreciated the gesture, shook my hand, opened the bag and tossed it in the crowd. 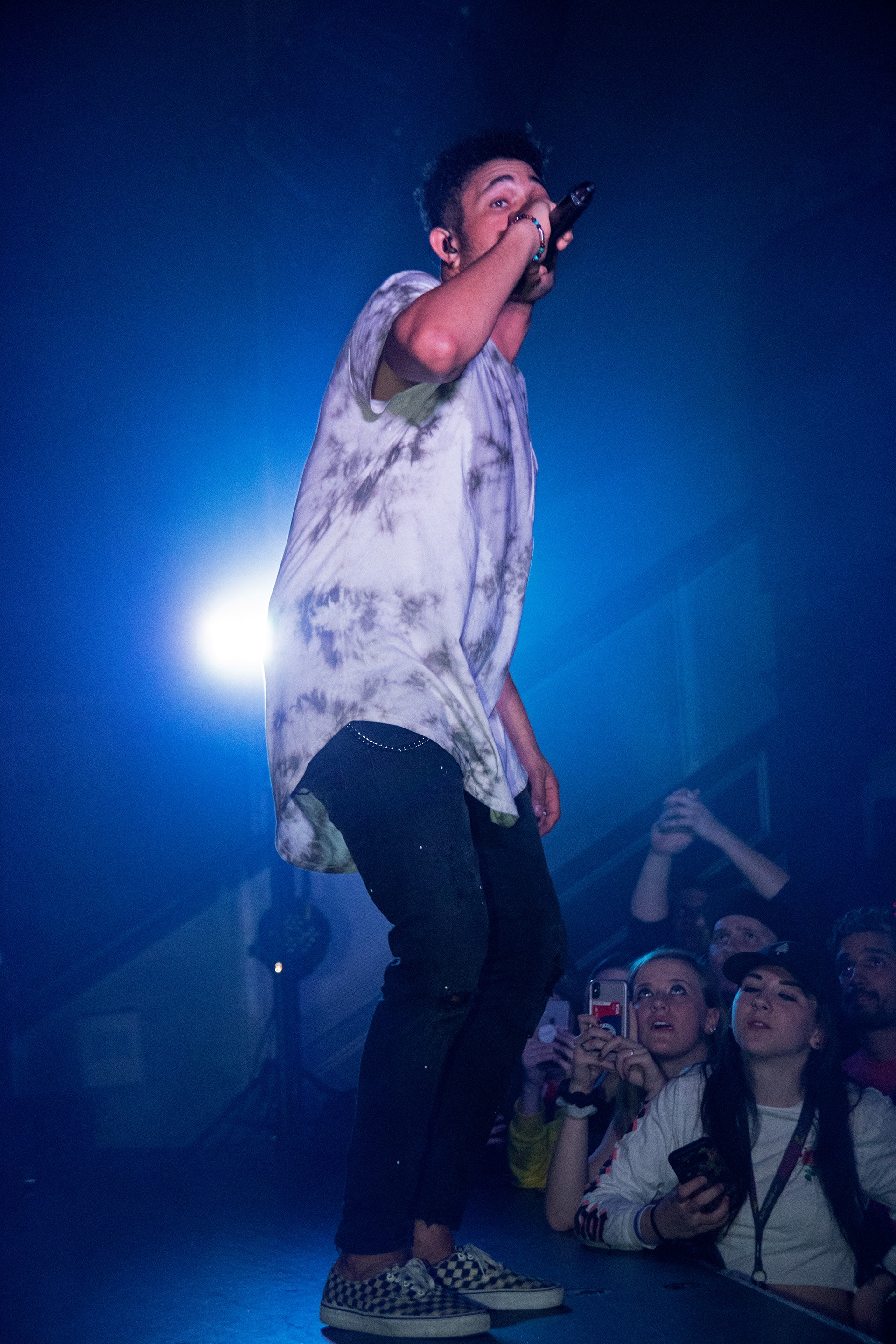 As the show drew to a close, I headed back to the balcony to grab my camera equipment when a guy I had seen talking to Bryce passed by. I stopped him and asked if he would give Bryce the can of Coke and sunflower seeds I had bought for him, to which he responded: “Want to give it to him yourself?” 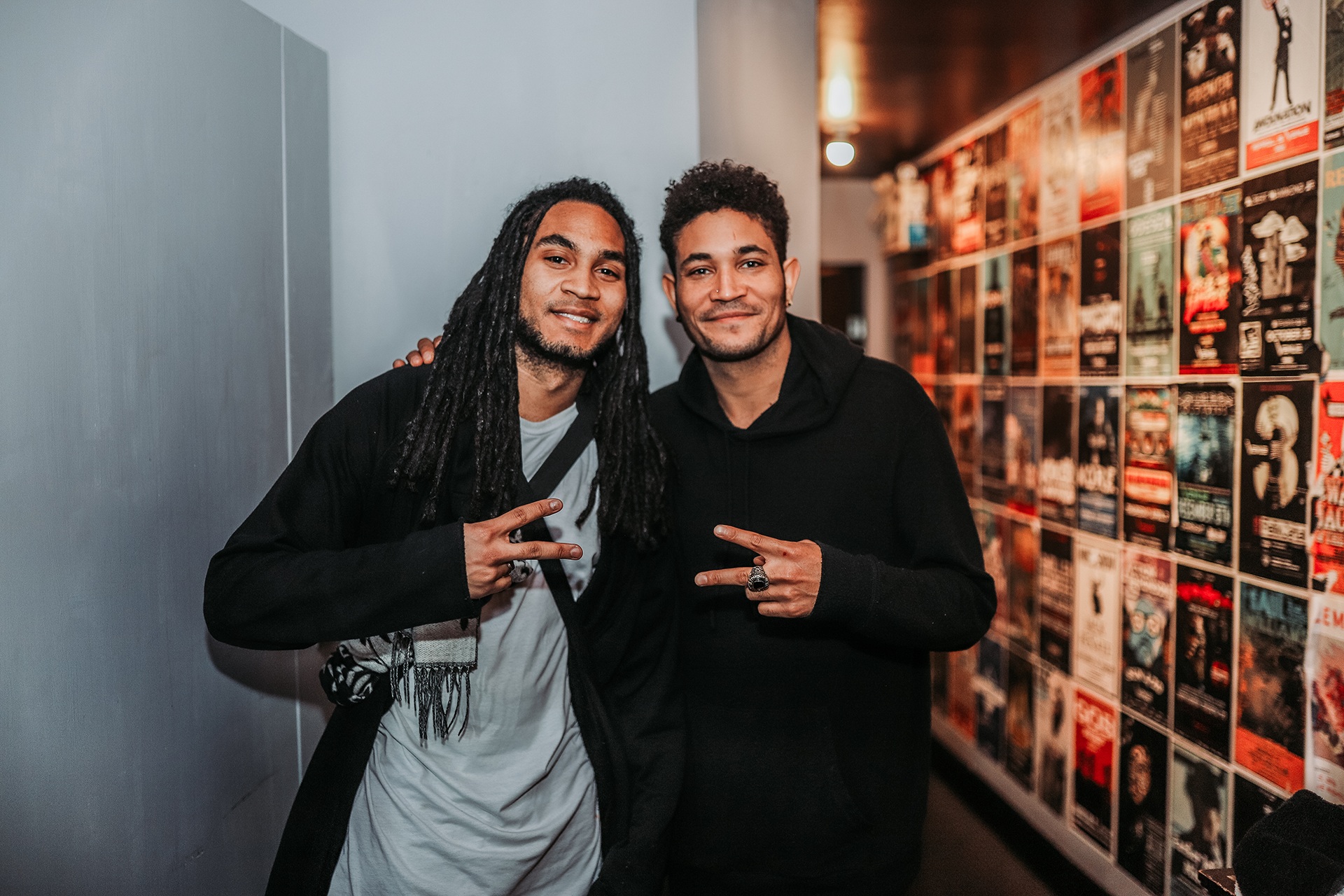 After a short wait, I was brought to the green room to meet Bryce, got a photo and casually chatted about music.

He was humble, approachable, and seemingly as happy to meet me as I was to meet him. It was like chatting with an old friend. He even appeared in my Instagram story to give my girlfriend a shoutout for missing the show.

It was by far the best experience I’ve had meeting a musician.

When I asked him what to bring him next time he’s in town he kept it simple: “Weed.”