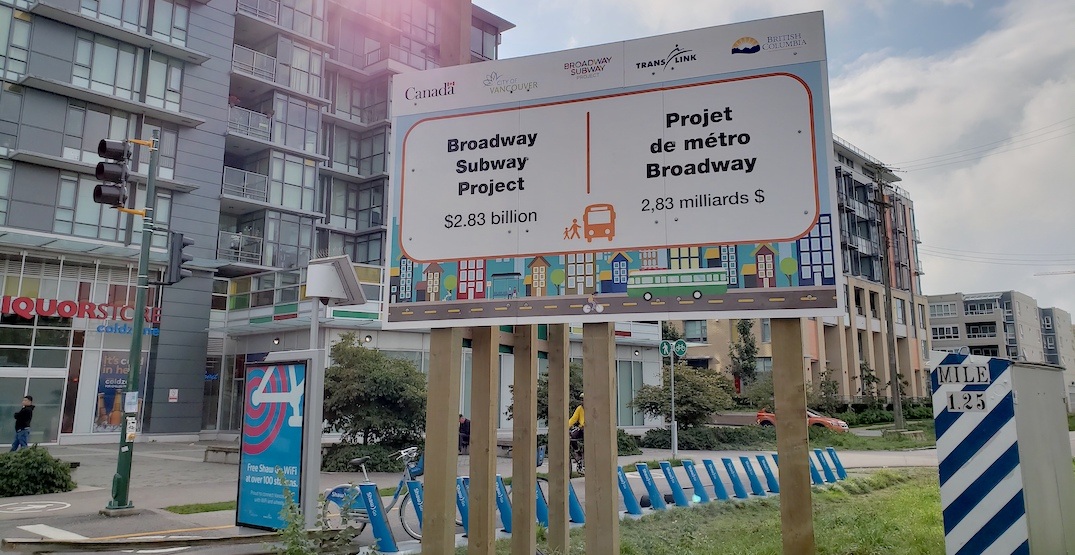 As the project nears the start line of its major years-long construction phase, the provincial government today opened its new community office for the SkyTrain Millennium Line Broadway Extension project.

The office is located at 1212 West Broadway — the corner of West Broadway and Alder Street — in the Fairview area of the Broadway Corridor, about three blocks east of the future site of the South Granville Station entrance.

Members of the public can drop in at the community office — and a hub for community consultation — to learn more about the $2.8-billion, 5.7-km-long project.

Tunnelling on the Broadway length of the route will be completed using a tunnel boring machine, with the exception of the top-down, on-street excavation needed to build the subway stations.

The provincial government released the precise locations of all six new stations on the extension earlier this month.

Construction is expected to begin in 2020, following the selection of a contractor in the middle of the year. If all goes as planned, this seamless extension of the Millennium Line should be in service by 2025, providing an 11-minute train ride from Commercial-Broadway Station to Arbutus Street, and a one-seat train ride from Lafarge Lake-Douglas Station in Coquitlam to Arbutus Street in under an hour.

The office will be open Mondays, Wednesdays, and Thursdays from 9 am to 5 pm, except for statutory holidays. During construction, the hours will be increased to five days a week.

Similar community offices were also opened for the construction of the Canada Line and Evergreen Extension.