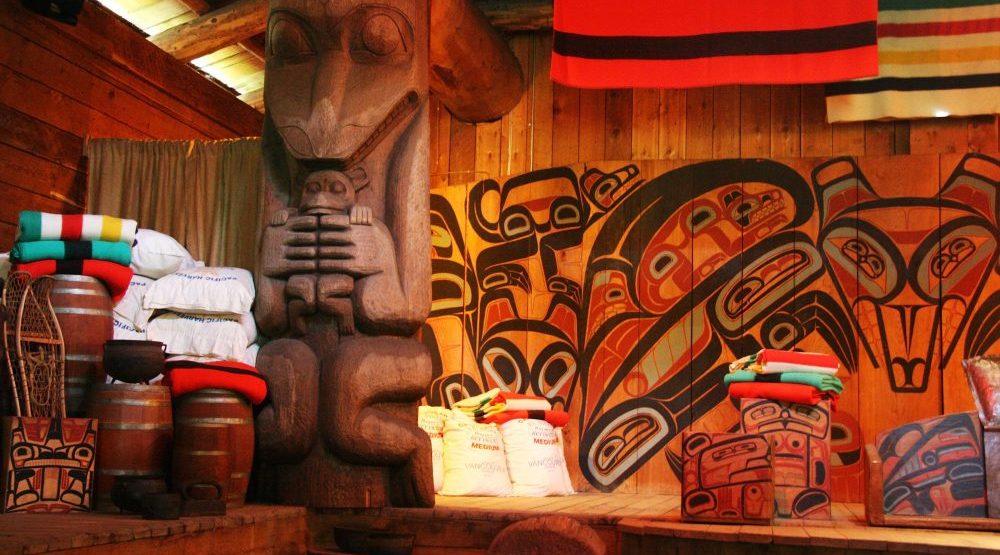 Written for Daily Hive by Guillermo Serrano, writer for Vacay.ca.

In the 1800s, European settlers went up the river to Gitanmaax, where the Gitxsan people lived nestled in their village between the junction of the Skeena and Bulkley rivers.

After arriving with their goods, the Europeans returned to the mainland with a bounty of fur to sell and trade, and tales of gold to share. It was the first wave of a rush that turned the village into the frontier town of Hazelton.

You can experience the sense of history of that period and the authenticity of a living Aboriginal culture when you journey to this remote and epic region of British Columbia. For 10 times longer than Canada was a nation, the Gitxsans have maintained communities at important canyons and junctions on the Skeena River.

The highlight of a visit to the area is the ‘Ksan Historical Village and Museum. Since 1960, the Skeen Treasure House, the predecessor to the village and museum, has been amassing a sizable collection from the surrounding territory. 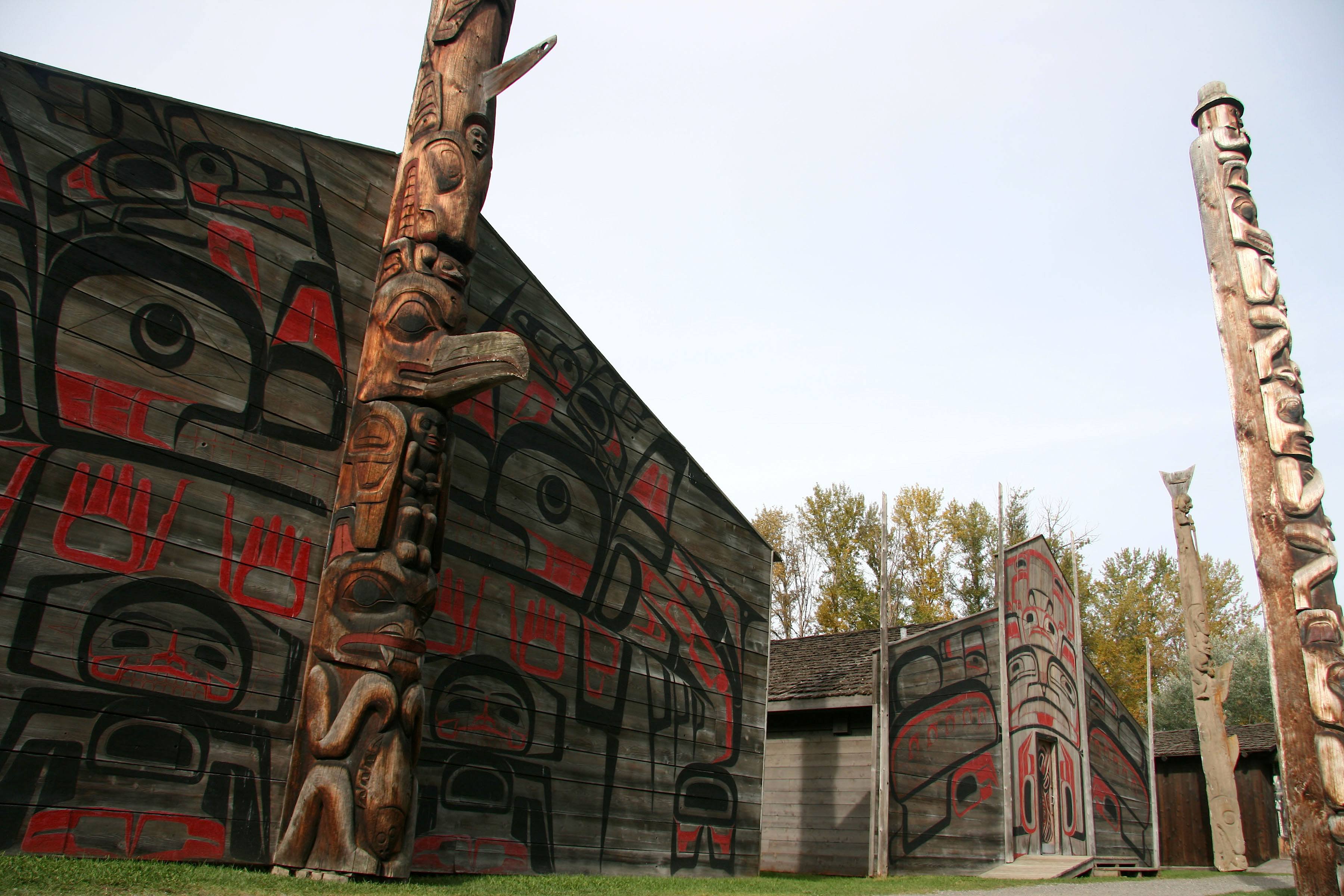 The museum remains the oldest part of the attraction with hundreds of exhibit items on display for the thousands of visitors who arrive every year. Composed of both ceremonial and utilitarian materials, the collection illustrates the great diversity within the material culture of the Gitxsan, whose name translates to “the people who fish by torchlight.”

Items include bent boxes, ceremonial masks, button blankets, shaman’s regalia, fishing gear, hunting utensils, and assorted lithic artifacts. A replicated attraction, ’Ksan illustrates many features of a Gitxsan village from the distant past. For example, like the houses of the villagers’ ancestors, ’Ksan’s houses form a single line with each building facing the river.

From this position, the large decorated house fronts and totem poles of the village are visible from the water. Tours are offered in the following houses:

Every Thursday evening from July 4 to August 8, 2017, there will be performances in the feast house of traditional Gitxsan song and dance. And a deep appreciation for ancestry.

Each time ’Ksan tour guide Crystal Mowatt enters the Frog House she sees a picture of her grandfather, a big chief with the Gitxsan nation.

“It’s calming, it’s relaxing,” says Mowatt, who helps visitors understand her community, answering questions they have about the ancestral ties that link the past to the present.

“My generation has a huge responsibility to keep the culture and the traditions alive,” she adds. 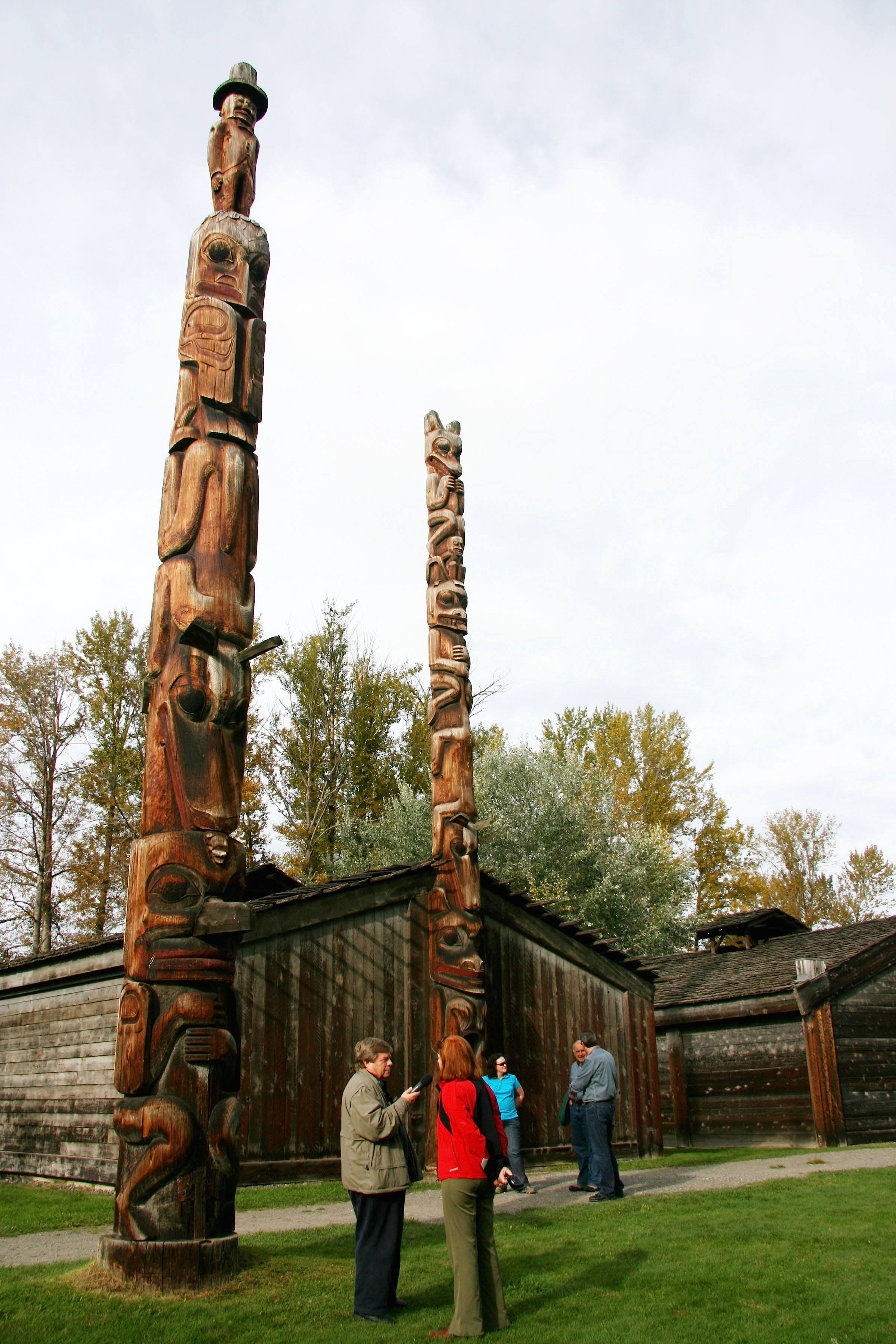 When visiting ’Ksan, the museum is located in the first building on the path and the museum and gift shop opens for the season in May. The ’Ksan facility, approximately 290 kilometres northeast of Prince Rupert and about 350 kilometres from Alaska’s southern border, is dedicated to showcasing the continued relevancy of the People of the River of Mist. It provides an opportunity to get to know the area replete with scenery, including a rugged landscape along towering glacier-washed mountains that have stood forever, feeding rivers that drive fish downstream, where the Gitxsan have been waiting for them.

Today, there are some who still fish in the traditional way using nets. But others arrive at the river with fly rods to take advantage of world-class trophy salmon and steelhead.

Along with the mountains and the rivers, there are deep gorges throughout the area, making this place a land of bridges across canyons. And those bridges reach back across time.

Aboriginal Tourism BC has released a three-episode video series based in Yuquot, a tiny village on Nootka Island noted for being the spot where Captain James Cook first made contact with the  people of the northwest Pacific coast. The series, called  “Indigenous British Columbia”, focuses on the culture and spirituality of the Mowachaht/Muchalaht band, which is part of the Nuu-chah-nulth Nation. View the series in its entirety here.