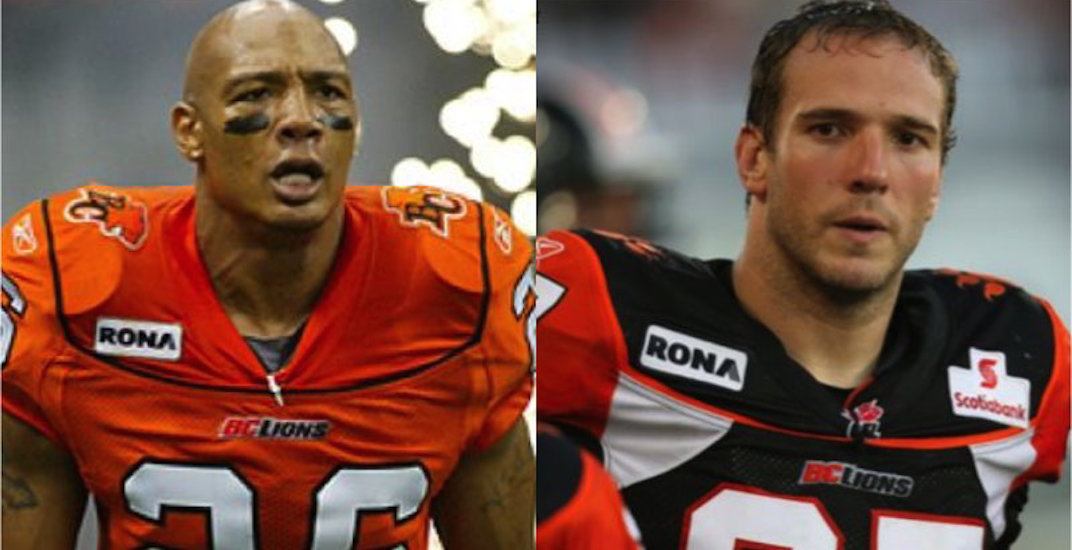 Two of the most important pieces of the BC Lions championship defences in the 2000s will be immortalized by the organization this month.

The team announced on Tuesday that former defensive lineman Brent Johnson and linebacker Carl Kidd – two players who lifted the Grey Cup in their final CFL games – will be inducted onto the BC Lions Wall of Fame on August 18 at half time when the Leos host the Calgary Stampeders.

“Brent and Carl are very worthy recipients of this honour and I’m pleased to see them saluted by the club for their many contributions during their careers,” said Wally Buono. “Both we’re inspirational players with unique qualities and they played significant roles on some of our organization’s most talented teams.”

Kidd won a Grey Cup with the Lions in what turned out to be his final game in 2006, while Johnson went out on top with a championship in 2011. Johnson was also a member of the 2006 team, while Kidd won his first title with BC in 2000.

Here’s a video of Kidd and Johnson sandwiching Saskatchewan Roughriders quarterback Kerry Joseph back in 2007:

Johnson’s No. 97 jersey was retired by the team following his retirement in 2011. The Canadian lineman played his entire 11-year CFL career with the Lions and is the franchise’s all-time leader in sacks with 89. He was named the CFL’s Most Outstanding Defensive Player in 2006 and Most Oustanding Canadian in 2005 and 2006. He was a three-time CFL All-Star (2005, 2006, and 2008) during his career.

Kidd has one of the most colourful personalities in the history of the franchise. The former Oakland Raider joined BC in 2000, and retired from the game in 2007. The Arkansas native has 368 combined tackles on defence and special teams, ranking him top-10 in franchise history.

Here’s the rest of the members of the BC Lions Wall of Fame: