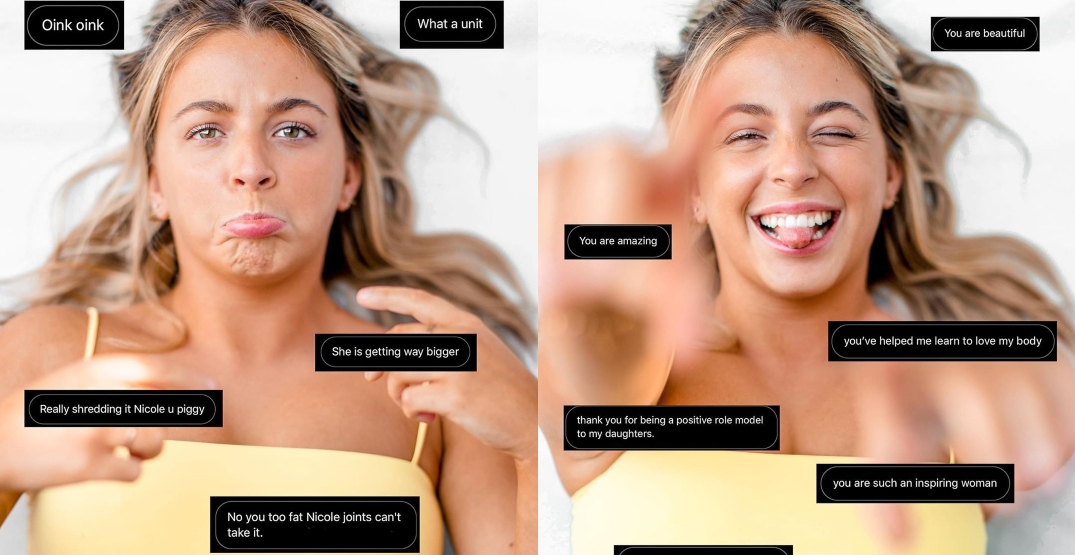 In these uncertain times, it’s important to look to social media influencers for guidance.

No, for real, I’m being serious.

There was enormous backlash last week (and rightfully so) when comments from a group chat that involved NHL player Brendan Leipsic became public. That backlash included the NHL, which condemned the “misogynistic and reprehensible” comments of Leipsic and Jack Rodewald, an AHL player in the Florida Panthers organization.

“There is no place in our league for such statements, attitudes and behaviour, no matter the forum,” the NHL said. “We will address this inexcusable conduct with the clubs and players involved.”

The best response came from Nicole Zajac, a social media influencer from Winnipeg, who was the target of some of the abuse in the leaked messages.

Rather than get angry, Zajac decided to spread a positive message to her 50,000+ followers.

“No point focusing on the terrible things people say about you when there are way more positive things that you can be celebrating,” Zajac wrote on Instagram.

The accompanying photo featured some of the hurtful words that Zajac was called, followed by the far more accurate positive words used to describe her in the following image.

Leipsic cleared waivers on Saturday, paving the way for the Washington Capitals to terminate his contract. It would seem unlikely that another NHL team will sign him. Leipsic’s brother Jeremy, who was also involved in the chat group, has been released from the University of Manitoba Bisons men’s hockey team.

Zajac actually had another appropriate message posted to Instagram a week before the group chat became public, saying “Imagine a world where name calling, shaming, and bullying didn’t exist.”

Imagine a world where name calling, shaming, and bullying didn’t exist. A world where words didn’t inflict pain on others. Because words are a different kind of pain. Pain that sits with us, for moments too long. But this is the world we live in. There are more than a handful of words that I have been labeled as in my lifetime. Words that others chose to define me as. Words that I chose to define myself as after I hear them often enough. It took some time for me to realize my worth. How you ask? I took back my power. I took the anger and the hatred towards myself, the hatred that others created, and I turned it into passion. Passion for finding beauty within my body, regardless of what others think or say. So this one goes out to all the ones who have ever tried to tear me down. You only fuelled my fire.