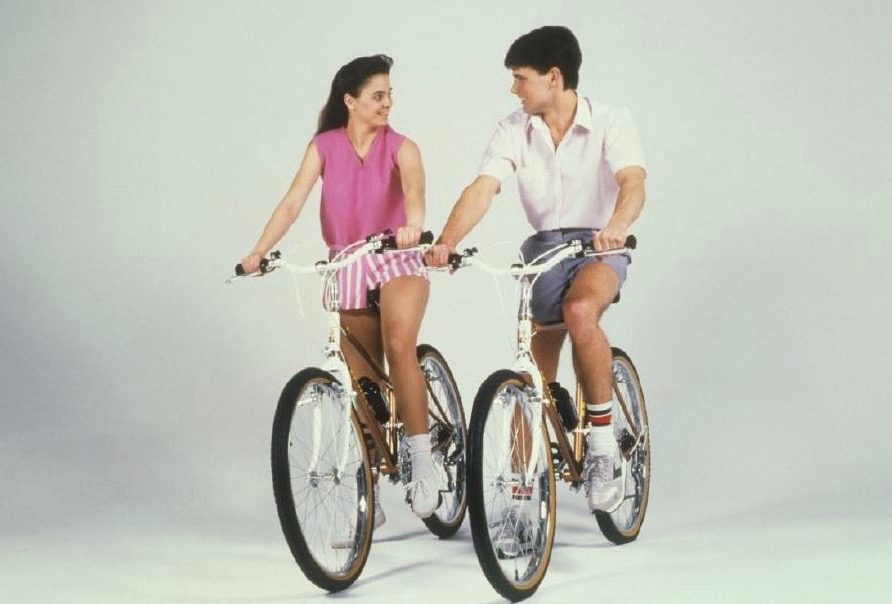 All Hail Heisenberg! But how will it all end? Here’s one last hurrah in a very Vancouver way for Walter White a.k.a. Heisenberg from Breaking Bad.

We’ve compiled photos of Vancouver’s Breaking Bad murals, graffiti and posters (painted by Jack Wreckless a.k.a. “Wrk(less)”) with some of the best quotes from the series.

If there’s one quote that foreshadows the plot of the entire series, it would be this defining quote from the pilot episode in season 1:

“You see, technically, chemistry is the study of matter, but I prefer to see it as the study of change: Electrons change their energy levels. Molecules change their bonds. Elements combine and change into compounds. But that’s all of life, right? It’s the constant, it’s the cycle. It’s solution, dissolution. Just over and over and over. It is growth, then decay, then transformation. It is fascinating, really.” – Walter White

The much-anticipated series finale of Breaking Bad will air on AMC this Sunday, September 29 at 9 p.m. PST/EST.

“Stay out of my territory,” said Walter White. This is not a man you’d want to cross paths with, and this corner is clearly his. 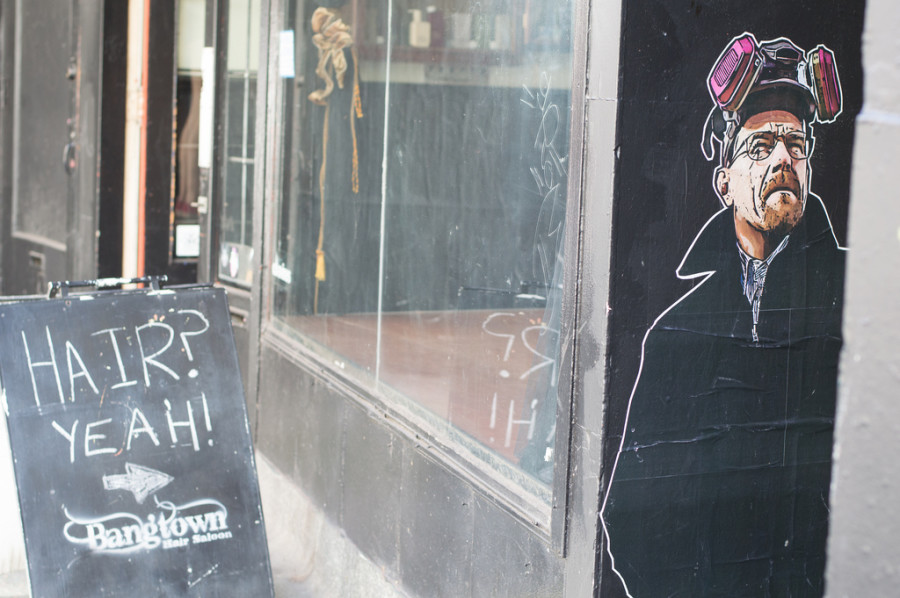 He also adds, “I’m not in the meth business. I’m in the empire business.” 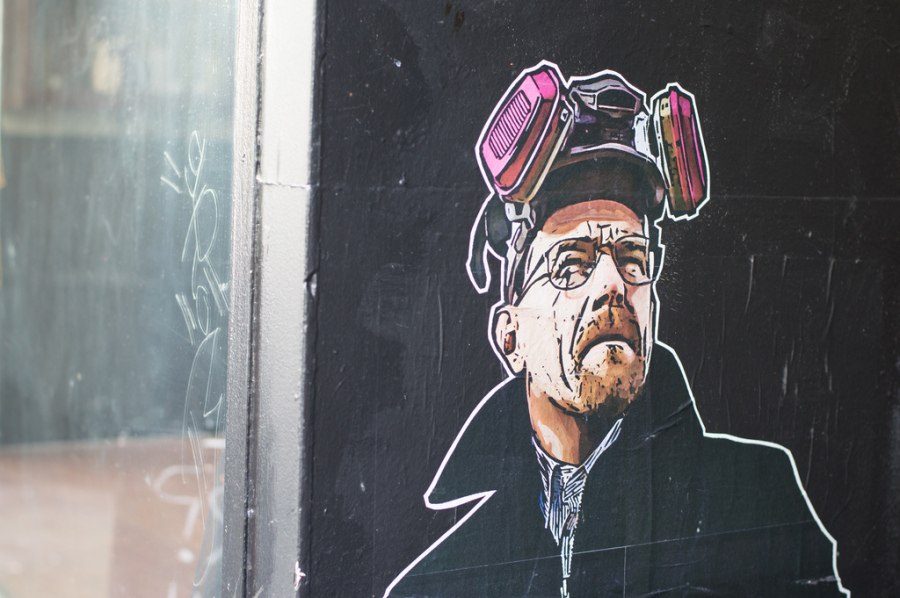 Walter has (had) a partner that we all love, and we secretly want him to be our new best friend… “Did you know that there’s an acceptable level of rat turds that can go into candy bars? It’s the government, jack. Even government doesn’t care that much about quality. You know what is okay to put in hot dogs? Huh? Pig lips and a**holes. But I say, hey, have at it b*tches ’cause I love hot dogs,” said Jessie Pinkman. B*tch! 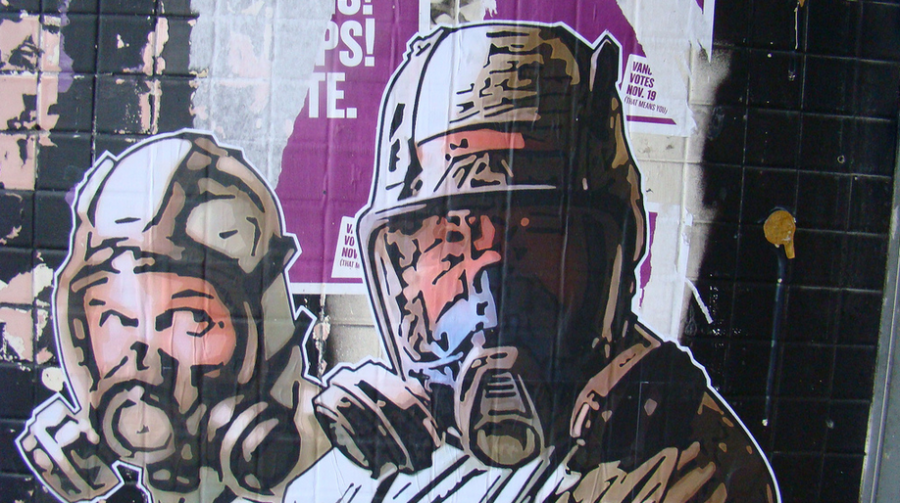 He has a huge god complex. “You clearly don’t know who you’re talking to, so let me clue you in. I am not in danger, Skyler. I am the danger. A guy opens his door and gets shot, and you think that of me? No! I am the one who knocks,” said Walter White. 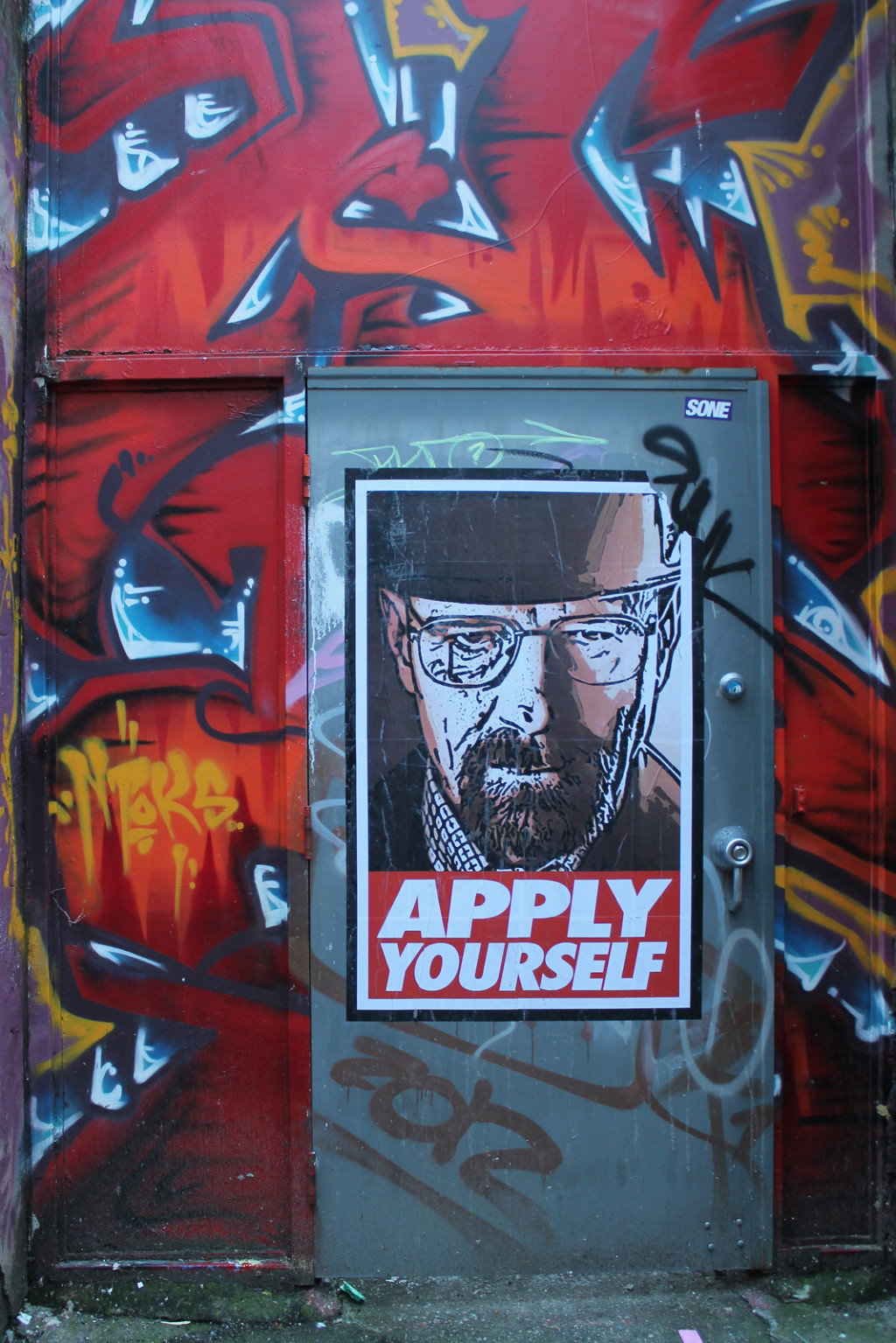 This poster was way up high and seemingly hard to find. But if you asked Walter why he placed this poster there, the answer you’ll get will likely be a smug and arrogant “Because I say so.” 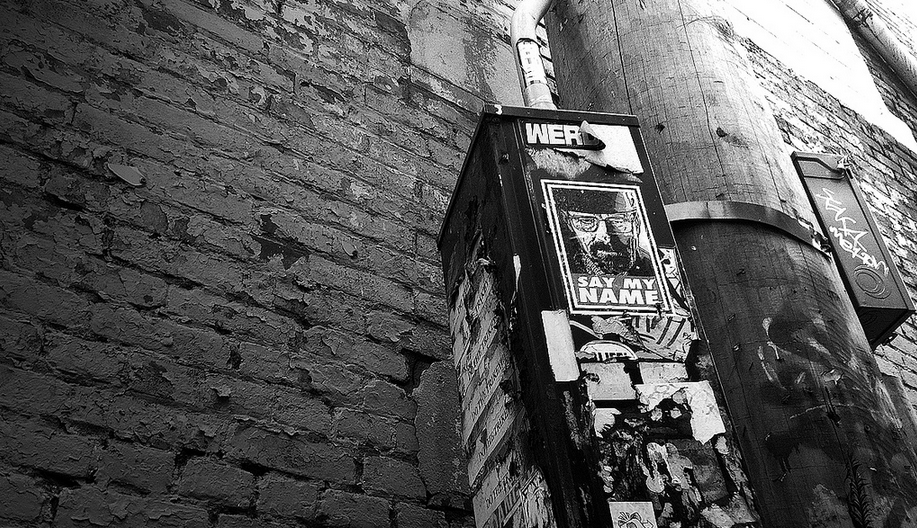 Not even badass Mike could stand up against the great Heisenberg. One of Mike’s greatest (and last) lines to Walter: “Shut the f*ck up and let me die in peace.” 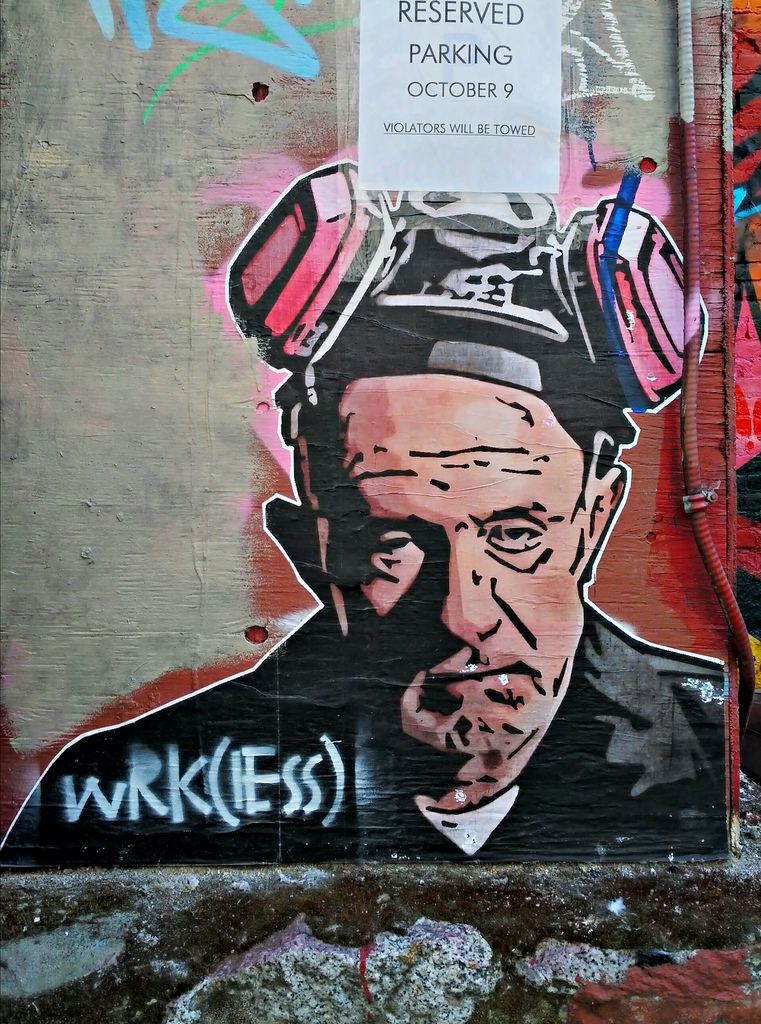 So what drives the murderous drug kingpin? “What I came to realize is that fear, that’s the worst of it. That’s the real enemy. So, get up, get out in the real world and you kick that bastard as hard you can right in the teeth,” said Walter. 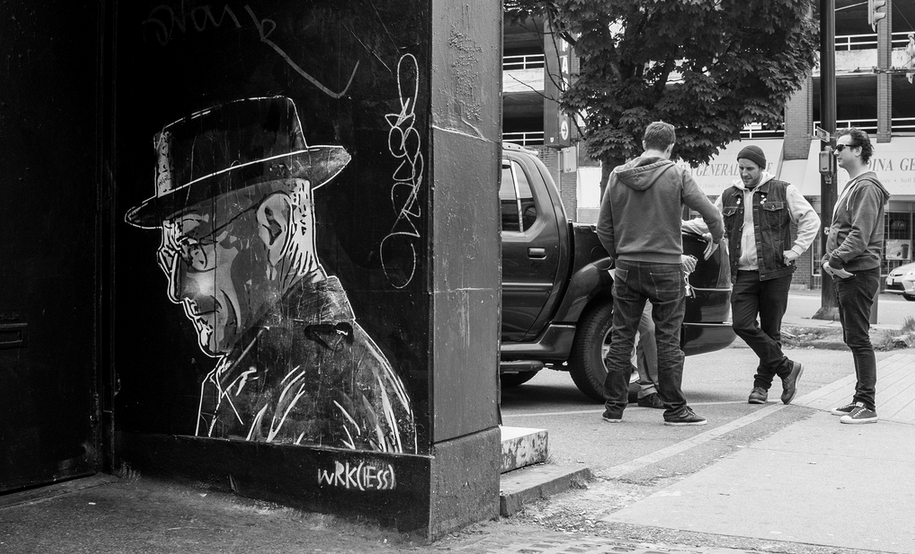 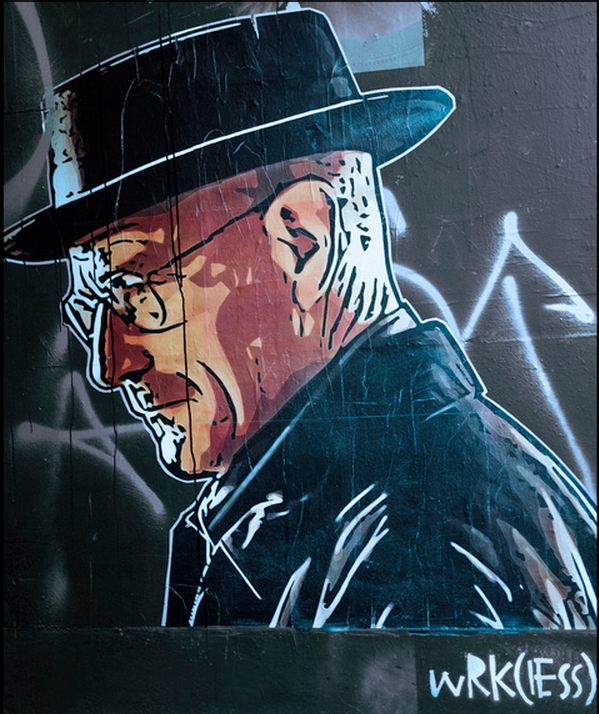 … or else he might show up knocking at your doorstep. We’re not kidding around.

Did a double-take on this guy this morning on the streets of Vancouver. Tried to get him to tell me the ending of BB. twitter.com/BryanCranston/…

And he will make you remember. 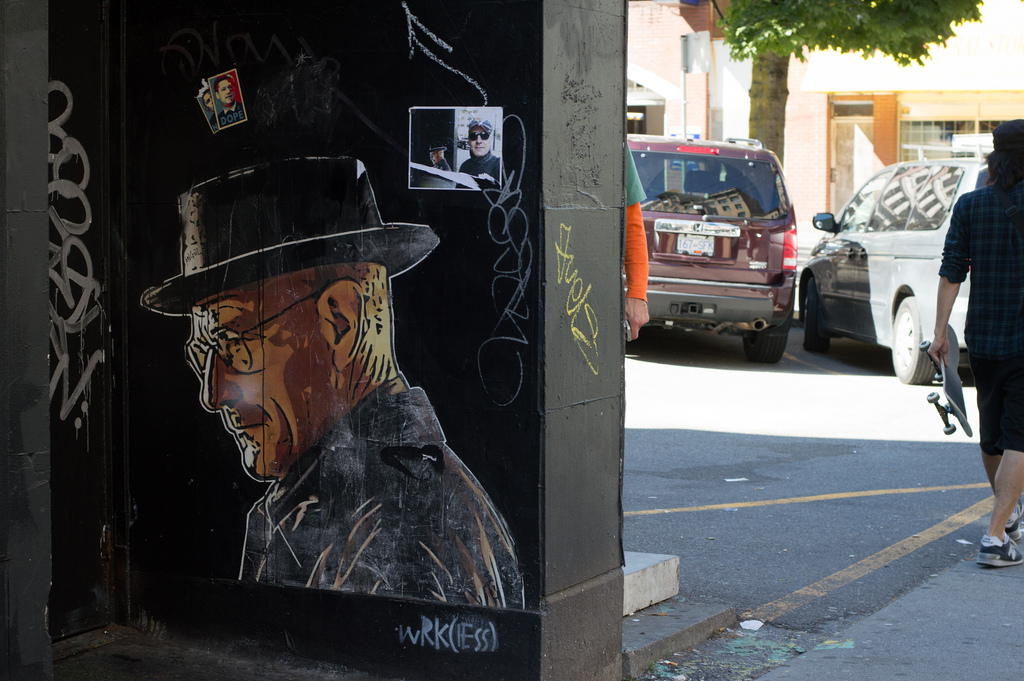 He’ll make you remember to stay out of his territory. He’s the cook. He’s Heisenberg. 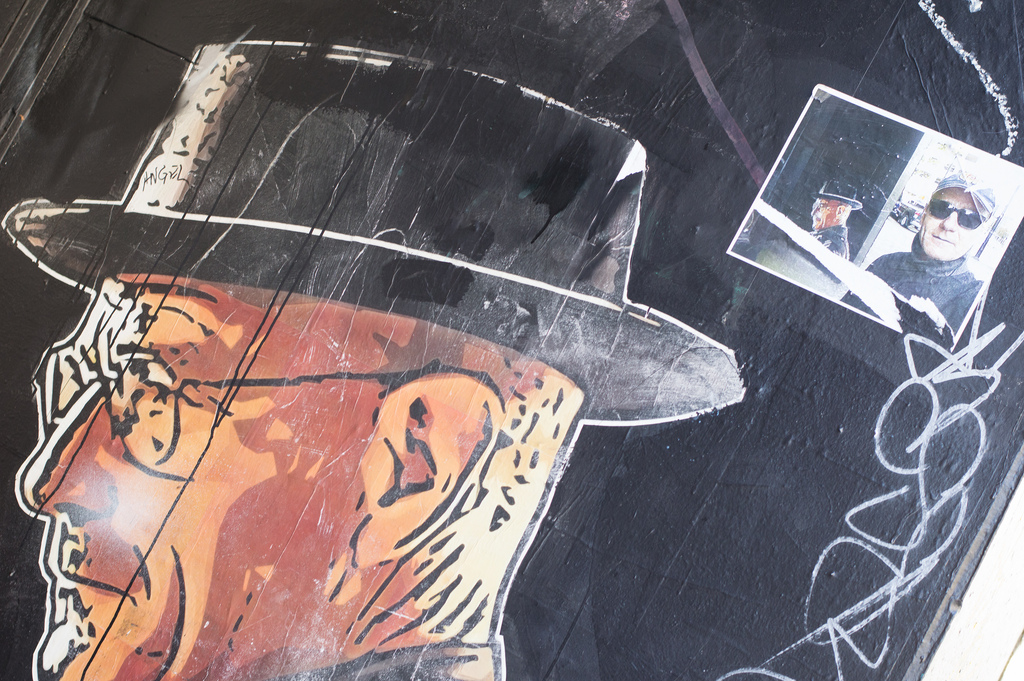 Do you know of other Breaking Bad murals in the city? Send us a tip by email at tips[at]vancitybuzz.com