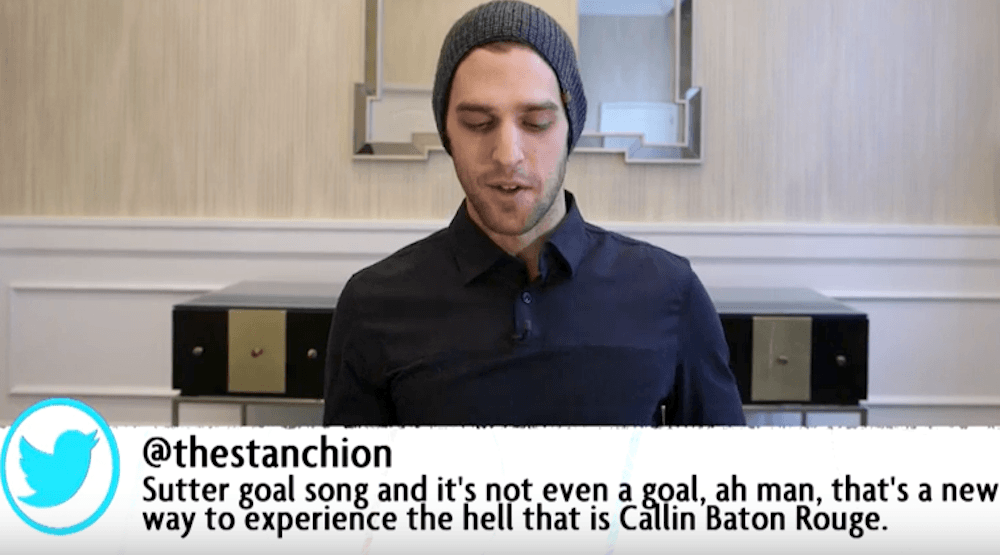 Ever since the Canucks made the move before last season to have individualized goal songs, one thing has become clear: Brandon Sutter’s is the worst.

Song choices have varied quite widely, as we’ve found out. Loui Eriksson’s song is the old classic by the Kingsmen, Louie Louie. Young players like Bo Horvat, Sven Baertschi, and Ben Hutton have gone with hip hop songs.

Hutton’s, for my money, is the best:

But Sutter’s? Here, you be the judge:

Even if you’re a country fan, come on, that’s a terrible goal song.

It turns out that I’m not alone in my dislike of ‘Callin’ Baton Rouge’.

The Canucks took a page from Jimmy Kimmel and got Sutter to read some mean tweets, including a couple from our own Wyatt Arndt, about his shameful goal song choice.

Here was the result: