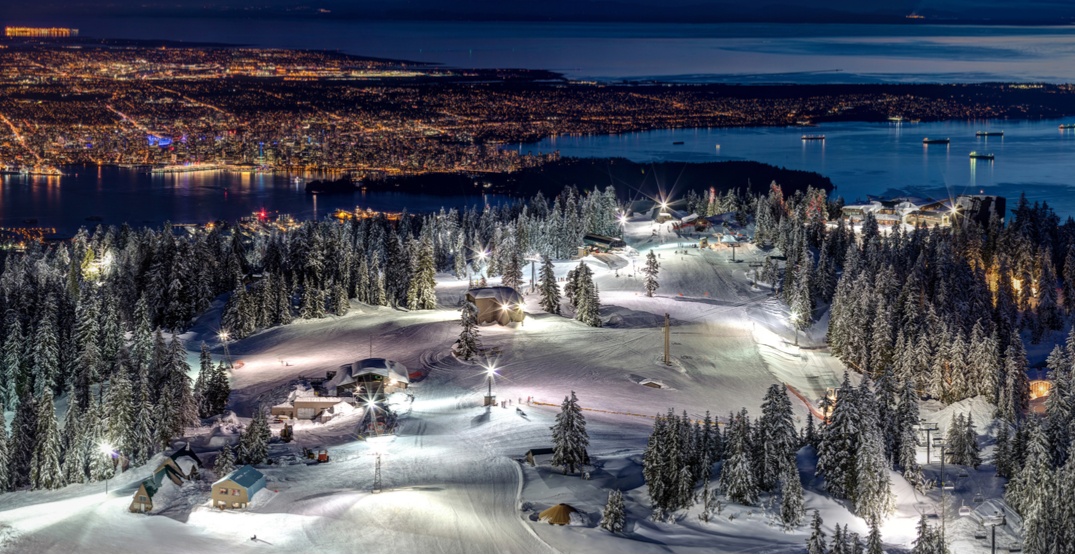 An eight-year-old boy escaped with only minor injuries after falling off a chairlift at Grouse Mountain in Wednesday, thanks to the quick-thinking of some nearby youth.

According to Grouse spokesperson Julia Grant, the incident took place at approximately 3:45 pm, when the child slipped from the Screaming Eagle chairlift.

In a video of the incident, a group of boys below the dangling child can be seen running to grab fencing and use it as a makeshift net to allow the kid to let go of the chair and drop safely into it.

“The child was attended to by Grouse Mountain Patrol and sent to Lions Gate Hospital as a precautionary measure but was found to have no injuries,” Grant told Daily Hive.

She added that the resort is “incredibly appreciative” of those who assisted in the incident. “Their quick thinking and immediate actions are commendable.”

Grant said an investigation into the incident is still underway and is being conducted according to industry protocol.

“Safety is our top priority and we will be taking appropriate action based on the results of the investigation,” she added.

As for those who were directly involved in assisting with the rescue, Grant said they are being provided with complimentary season pass.

In addition, Grouse Mountain’s President, Michael Cameron will be meeting privately with the guests involved to “share his thanks in person.”