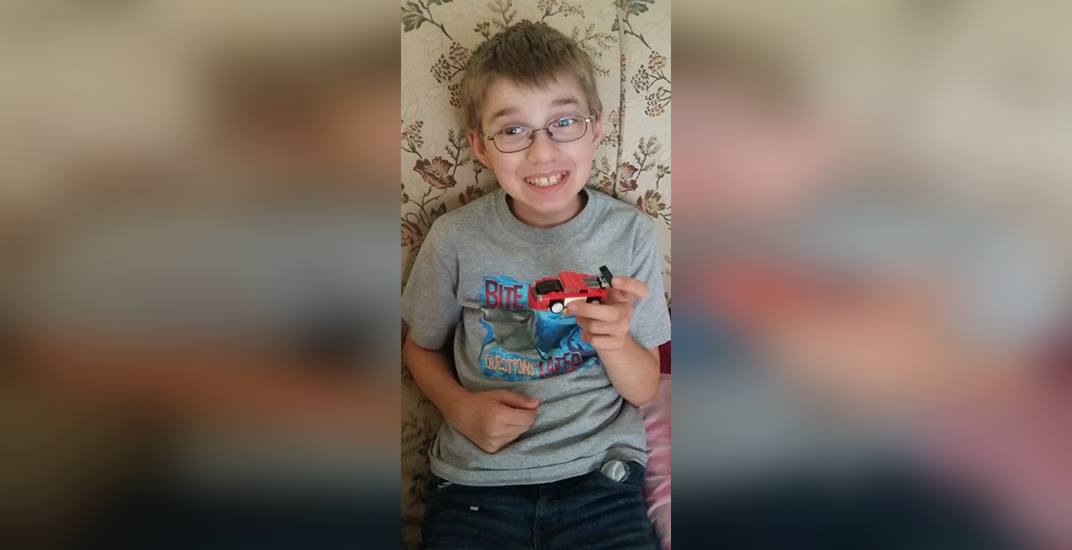 Police are asking for the public’s help across Metro Vancouver in finding a 10-year-old boy who went missing in New Westminster on Monday afternoon.

According to a release from New Westminster police, Ayden Dubbelman was last seen at 3:30 pm in the 1400 block of Dublin Street.

Police believe the boy ran away from his caretaker, and are concerned he knows how to use the SkyTrain and could travel far from home.

In the release, Sgt. Jeff Scott explained that the boy has previously told a bus driver that he lost his pass in order to gain access to transit.

“Previously… he has been located on 12th Street, at Walmart, and at Metrotown,” stated Scott.

“We’re working with surrounding agencies, have deployed all available resources for the search, and we’re asking for the public’s assistance to help find him.”

The boy is described as a Caucasian male, 10 years old, with a slim build, blonde hair, blue eyes, and glasses.

He was last seen wearing a blue and white striped sweater, with blue jeans, camouflage boots, and wearing a “Minions” backpack.

Anyone who sees Dubbelman is asked to call 9-1-1.