This American election season has been a doozy. Watching news coverage of the presidential campaign, which many of us have been doing compulsively, has largely felt like tuning in to a political soap opera.

If this election has left you confused and disgruntled about US politics, know that you are not the only one feeling that way. There has been a copious amount of mudslinging and controversies, with the candidates exchanging insults and digging up new scandals to bring each other down. As a result, the real issues at stake in this election have become muddled.

To help you understand some of the key issues in this election and also restore some of your faith in politics, we have compiled a list of must-read books:

What You Should Know About Politics But Don’t: A Non-Partisan Guide to the Issues that Matter 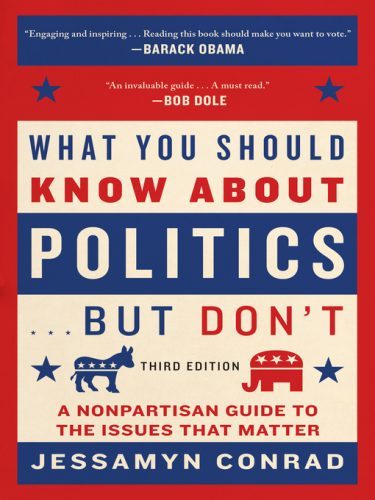 With a lengthy title like this one, you can be sure that the book will be comprehensive. While the author herself hails from a family that is politically divided—her father a Conservative Democrat and her uncle a Republican—Conrad sets out to transcend the messy, bipartisan politics of the American government and provide a thorough, neutral look at the issues affecting the country. The book was initially published in 2008, but the 2016 edition includes updated chapters to ensure its relevancy to current politics.

The Audacity of Hope 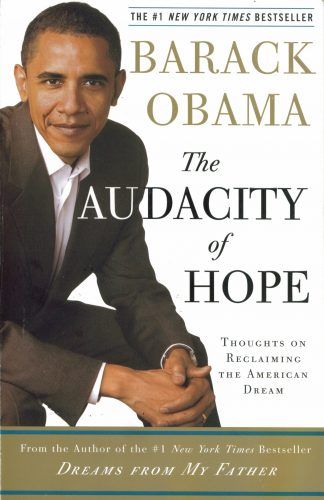 This might just be the read to stave off any withdrawal symptoms you may experience when President Obama’s term comes to its end. Published before he even announced his campaign to run as President in 2007, The Audacity of Hope provides readers with an intimate look at Obama’s political views and his hopes for the American future at the time of writing. Although it would be interesting to hear what he has to say at the end of his presidency, Audacity is still timely and key in understanding what Obama’s eight-year leadership has been all about.

Nobody: Casualties on America’s War on the Vulnerable, from Ferguson to Flint and Beyond 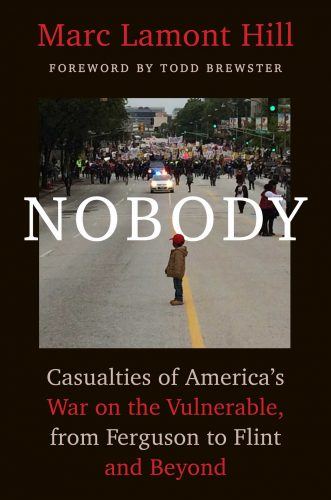 If there is one book you read from this list, make it this one. While many of us have seen the headlines on case after case of police brutality, and subsequent Black Lives Matter protests flaring up across the States, there has been little discussion or analysis on the background and causes of the current situation. Hill plots out the roots of the current civil rights crises in America’s social, political, and economic structures, which per his argument have been built to benefit some and oppress others. Needless to say, these issues will be some of the most urgent ones on the new president’s table.

Broad Influence: How Women are Changing the Way America Works 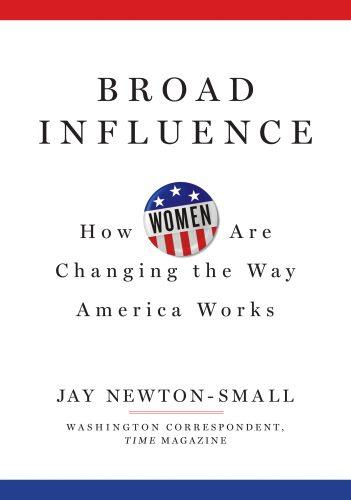 There is an overall dearth of books on female leaders, but that doesn’t mean there aren’t any powerful women in politics to talk about. Broad Influence looks at the pivotal roles women have played and continue to play across various US public sectors, like the West Wing of the White House, the Judiciary, the Military, and Congress. Though not having yet attained complete parity, the author argues that in each of these public sectors, women have reached the point of critical mass, and are able to influence and alter the shape of American politics and governance.

The Making of the President 1960 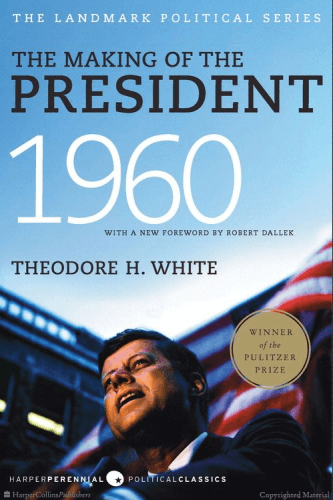 One of the most iconic and celebrated written accounts of an American election, The Making of the President 1960 details the famous presidential campaign between John F. Kennedy and Richard Nixon. At the time of publication, the book became a national bestseller and eventually went on to win the Pulitzer Prize. For the modern-day reader, the book harkens back to a time when political reporting and analysis were of a very different nature than what we have seen in recent years. Making is definitely a must-read if you seek to understand the inner workings of a political campaign.