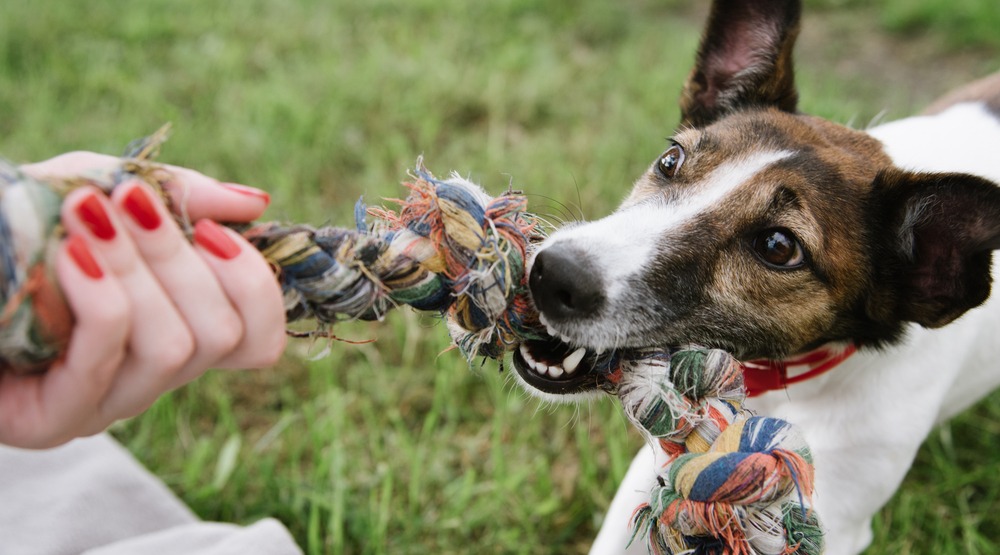 Some recent, troubling incidents at a Vancouver off-leash dog park have pet owners on alert.

It all began earlier this month, when DJ Larkin’s dog Silas was playing at Vancouver’s Strathcona Park, when he “suddenly” bolted over to the east side of the dog park.

“I could see that he was trying to eat something pretty big so ran after him,” Larkin told Daily Hive.

“I pulled his mouth open and saw something that looked like a turkey neck or rolled up food, about 4-5 inches long.”

But that wasn’t all there was.

Larkin discovered the food had thread coming out of all sides, “like it had been sewn together.”

Silas swallowed the bundle whole, causing Larkin to wonder whether there was “a fishing hook or something” in it.

“I noticed that there was still thread hanging out of his mouth so I pulled on it and pulled the whole thing back out of his stomach, making him throw up,” Larkin furthered.

“I inspected the food a bit, it looked like pizza crust or rolled up pizza. I stopped poking at it because I was afraid of pricking myself so I threw it out.”

Silas recovered from the ordeal and Larkin decided at the time not to report the incident, adding that the whole situation “felt so strange that I really couldn’t believe it had happened and thought it must be an isolated incident.”

Then, last week, Larkin got a message on social media that the “exact same thing happened to another dog in the same park.” A second dog had chewed the food and had to have a sewing needle surgically removed.

At that point, Larkin decided to report the incident to the City and the matter was referred to the SPCA.

Marcie Moriarty, a spokesperson for the BC SPCA told Daily Hive they “do not have any concrete leads”at this point.

“We are of course open to receiving any new information that may assist with identifying an individual who is responsible,” she added.

In Larkin’s mind, it’s “really disturbing that someone would be targeting animals that way. I hope dog owners are on alert, but I also worry about wildlife and children who might find booby-trapped food like this.”