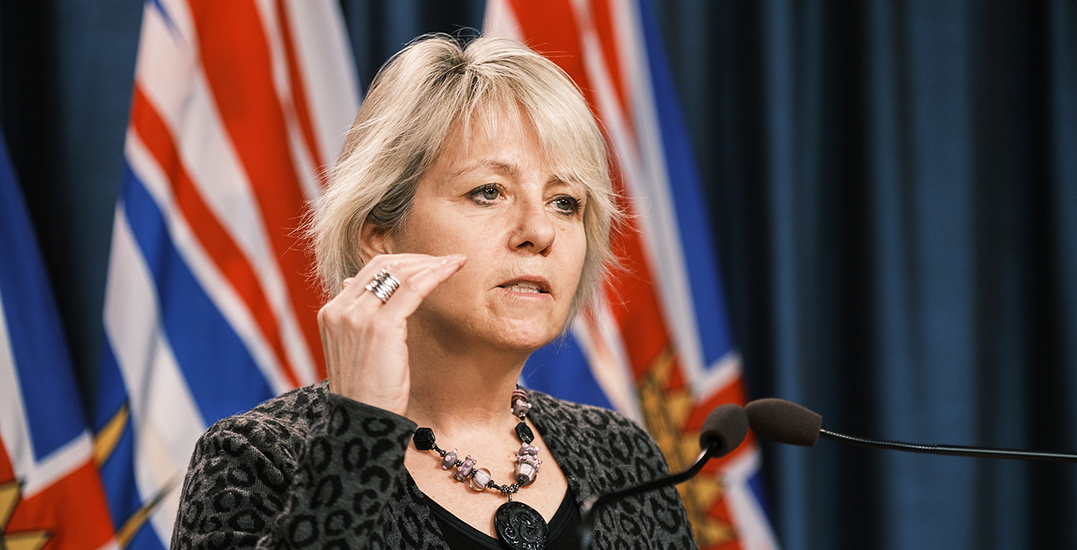 On Thursday afternoon, health officials in British Columbia detailed how second doses will work for people who received AstraZeneca as their first dose of the COVID-19 vaccine.

Provincial Health Officer Dr. Bonnie Henry explained that individuals will have the choice of what they receive for their second dose, with booking beginning on Monday next week. She stressed that while it’s preferable to receive the same vaccine for both doses, research now shows that it’s “safe and effective” to take a different vaccine.

Here are some common questions regarding second doses and mixing and matching COVID-19 vaccines that Henry answered during Thursday’s update.

How do you book a second dose?

How a person books their second dose will depend on whether they choose to receive a viral vector vaccine, such as AstraZeneca or COVISHIELD, or an mRNA vaccine, like Pfizer or Moderna.

Second doses of AstraZeneca will take place through BC’s pharmacy program. Individuals will be contacted by the pharmacy that issued their first dose starting next Monday. Henry also asked that British Columbians refrain from contacting pharmacies themselves, saying that they won’t book appointments for people who call in advance.

“We’re working with them to ensure that they’ll be able to connect to people in sequential order of when you received your vaccine,” she added.

Those who wish to receive an mRNA vaccine will join BC’s age-based approach and will receive a text message or email when it’s their turn to book. They’ll need to be registered on BC’s Get Vaccinated website and can receive an immunization at one of the province’s many clinics. Similarly, invitations will go out starting next Monday.

If you receive a call from your pharmacy but are opting for an mRNA vaccine, simply let your pharmacist know.

What if you received your first dose of AstraZeneca through a workplace?

According to Henry, health authorities are connecting with workplaces around the province to provide them with needed information on second doses.

Which option is faster?

Although invitations for both vaccines are scheduled to begin next Monday, some people may opt for whichever option can be received first. Henry says that this will likely be the AstraZeneca vaccine through pharmacies, although it will depend largely on your area.

“It may be that the most expeditious way to receive your second dose is directly from the pharmacy,” she said. “It will probably be the fastest for many people, but it will vary depending on where you live and where the clinics are and how busy the clinics are.”

She noted that BC is expecting to receive an adequate quantity of both Pfizer and Moderna vaccines by the end of June.

Which vaccine should you take and which is more protective?

According to Henry, the basic principles of vaccines suggest that a person should get a second dose of the vaccine they initially received.

“That’s what I would be most comfortable with,” she explained. “But for some people, the very rare risk of blood clots is a very concerning thing, and they would rather have a different vaccine.”

For people who are concerned about the risk of blood clots or would prefer to receive Pfizer or Moderna, Henry said that vaccine effectiveness is “just as good” with either option.

Henry also said that while information is limited at this time, there are studies suggesting that AstraZeneca creates a slightly stronger cell response, which are the memory cells a person’s body needs for longer-term protection against COVID-19.

“That [may provide] some advantage for people who had at least one dose of AstraZeneca.”

The risk of blood clots from AstraZeneca

While the AstraZeneca vaccine is determined to be safe and effective, there have been a number of rare but serious adverse events following immunization. These incidents are called vaccine-induced immune thrombotic thrombocytopenia, or VITT.

According to Theresa Tam, Canada’s chief public health officer, the incidence of blood clots is about one in 55,000 after the first dose. The potential for VITT to develop is typically between four and 28 days after receiving the vaccine, but there are also methods to test and treat it if it occurs.

Henry noted that the “rare risk of blood clots is considerably less for dose two” — the incidence is about one in 600,000 after the second dose.

Side effects from taking a different vaccine for your second dose

Henry said that milder side effects such as a sore arm, fever, and aches are more likely for people who mixed and matched their vaccine. This is based on a study that was done in the UK.

She stressed, however, that while mild side effects were more likely, “none of the serious side effects” were of concern.