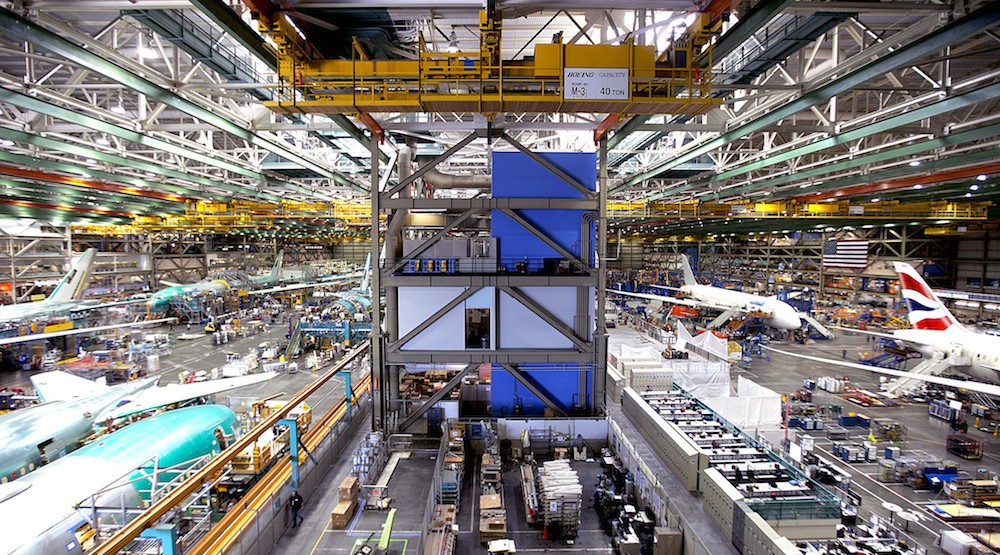 Aerospace giant Boeing plans to open a research office in downtown Vancouver next month that will initially employ 50 people in highly-paid positions.

The Seattle-founded company’s new presence in Vancouver will focus on developing data analytics-driven software solutions, specifically conceiving, building, and scaling ways that assist airlines and other aircraft operators to increase their operational and cost efficiencies.

The so-called Boeing Vancouver Labs will be designed as an open concept space to encourage team collaboration and creativity. A spokesperson with Boeing told Daily Hive that the office could potentially double in size, but there are no plans for that at this time.

“The expansion represents a natural extension of Boeing Vancouver’s analytics, software development and professional consulting work,” said Boeing Vancouver president Bob Cantwell in a statement. “As one of the largest analytics groups within Boeing, we are well suited to house the new Vancouver Labs, which will focus on delivering data-driven solutions at a rapidly increased pace over traditional development.”

Boeing says it is taking advantage of British Columbia’s high-tech talent, and in the process it will facilitate local knowledge transfer, enhance its partnerships with other Canadian companies and academic institutions.

“Boeing’s new labs office will be a significant addition to the province’s growing technology sector and demonstrates B.C.’s reputation as a leading hub for technological innovation,” said Teresa Wat, B.C Minister of International Trade and Minister Responsible for Asia Pacific Strategy and Multiculturalism. “B.C. has a highly skilled knowledge-based workforce, and this is a great example of how they are being recruited to support the needs of a global leader in the aviation sector.”

In mid-June, Microsoft officially opened its 142,000-square-foot Canadian Excellence Centre in downtown Vancouver, which will house up to 750 employees when fully grown.

Vancouver’s technology sector employs 75,000 people and generates billions in GDP for BC on an annual basis. It is estimated that the sector will grow by another 15,000 jobs over the next three years.