Vancouver Police have confirmed the death of a woman whose body was found on the grounds of David Thompson Secondary school on Friday is not suspicious in nature.

A citizen walking in the area at around noon today located an unconscious woman, police said.

Paramedics pronounced the woman deceased at the scene.

Vancouver Police are investigating after a woman’s body was discovered on the southwest corner of the school grounds at David Thompson Secondary School on Friday.

Crews are still on scene at East 55th Avenue and Argyle Street and detectives have been called to investigate the circumstance as well.

While details at this point are slim, police say that “based on the initial information collected at the scene, officers do not believe the public is at risk.” 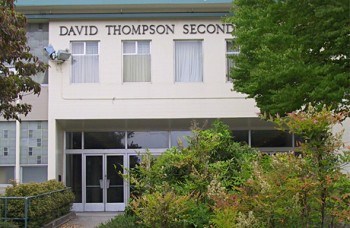 As today is a school district professional development day, there are no classes, so students were not in the area at the time of the discovery.