Few Vancouverites have had such a profound legacy on building communities in British Columbia as Bob Williams.

Now 83 years old, the former municipal and provincial level politician has been actively working in the private sector for the past 30 years and is still changing the urban fabric of the region long after leaving office. He was first elected into office as a Vancouver City Councillor in 1965 before becoming an NDP MLA for the Vancouver East riding for nearly two decades beginning in 1966.

His illustrious career includes the creation of the Agricultural Land Reserve and extends far out into the B.C. interior where he helped create over 12,000 square kilometres of provincial parks. But the achievements he holds closest to his heart lies along the South Coast.

Two of these happened when he was the Minister of Lands, Forests, and Water Resources during the short-lived NDP government of Premier Dave Barrett from 1972 to 1975, which is commonly noted today by political analysts as one of the most transformative periods in B.C.’s history.

Seeing the potential the area had to become a world-class ski destination, Williams had a big hand in saving Blackcomb Mountain from logging and establishing Whistler Village and the governing jurisdiction of the Resort Municipality of Whistler. 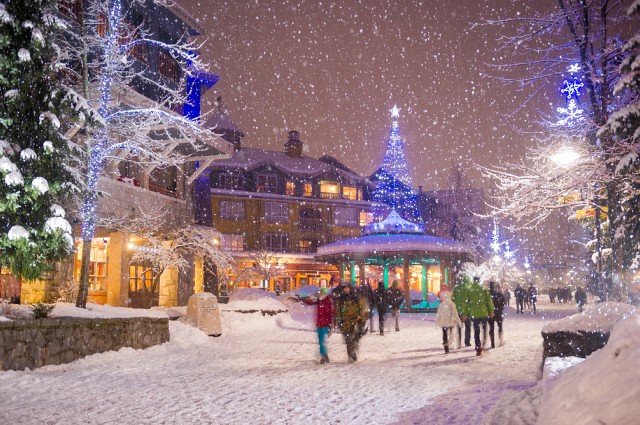 It began in the early 1970s when Al Raine, a former Canadian national ski team coach, and his Olympian wife Nancy Greene sent him a letter pleading government action to stop the imminent logging of Blackcomb. Raine would also later have an instrumental role in designing and structuring the emergence of Whistler Village.

“We brought the logging to a halt, we saved Blackcomb and we built a team with Al to create a new municipality and he was the representative on the City Council from us,” Williams told Vancity Buzz in an interview. “He was nothing short of brilliant. He studied all of the ski towns of Europe and we when we started Whistler he was the brainiest guy there when we had designed the town centre.”

Whistler as a ski resort municipal jurisdiction was to be an experiment for the provincial government, and if successful the model could be replicated elsewhere in B.C. to create more tourism hubs.

Original plans for the the new Vancouver Courthouse and Robson Square. 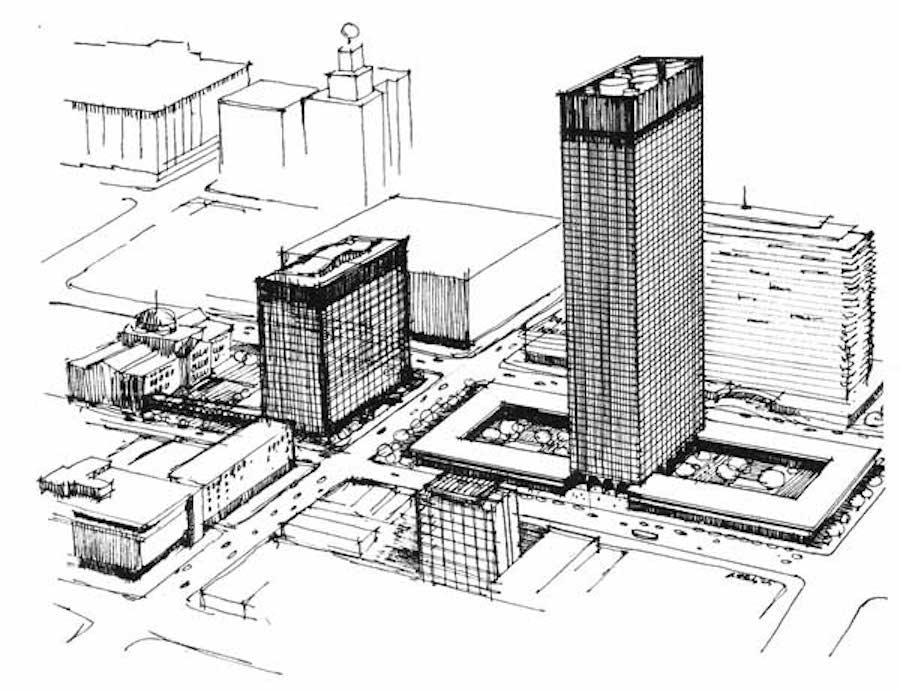 At the same time, Williams was also sending plans back to the drawing board for the new courthouse and government buildings on city blocks framed east to west by Howe and Hornby streets and north to south by Georgia and Nelson streets. Today, we know this area’s focal point as Robson Square.

Upon being elected into office, a plan to build a 682-foot-tall (208-metre-tall) skyscraper – taller than the current record holder Living Shangri-La – was cancelled in favour of creating a skyscraper that is “laid on its back” and provides much-needed public spaces. At the time, $10 million had already been spent on designing the three-city-block long complex and construction was just about to begin.

“When WAC Bennett wanted to build a building like Bank of America in San Francisco on that site, I was at City Council at the time,” said Williams. “I said, ‘no, come on, we can do something better than that.’ So I ended up phoning Arthur [Erickson] and saying we should trash the ‘Bank of America’ plans.”

Erickson was commissioned to create a new design, and he did so with the help of Bing Thom, one of his most renowned students, who was working in Singapore at the time. 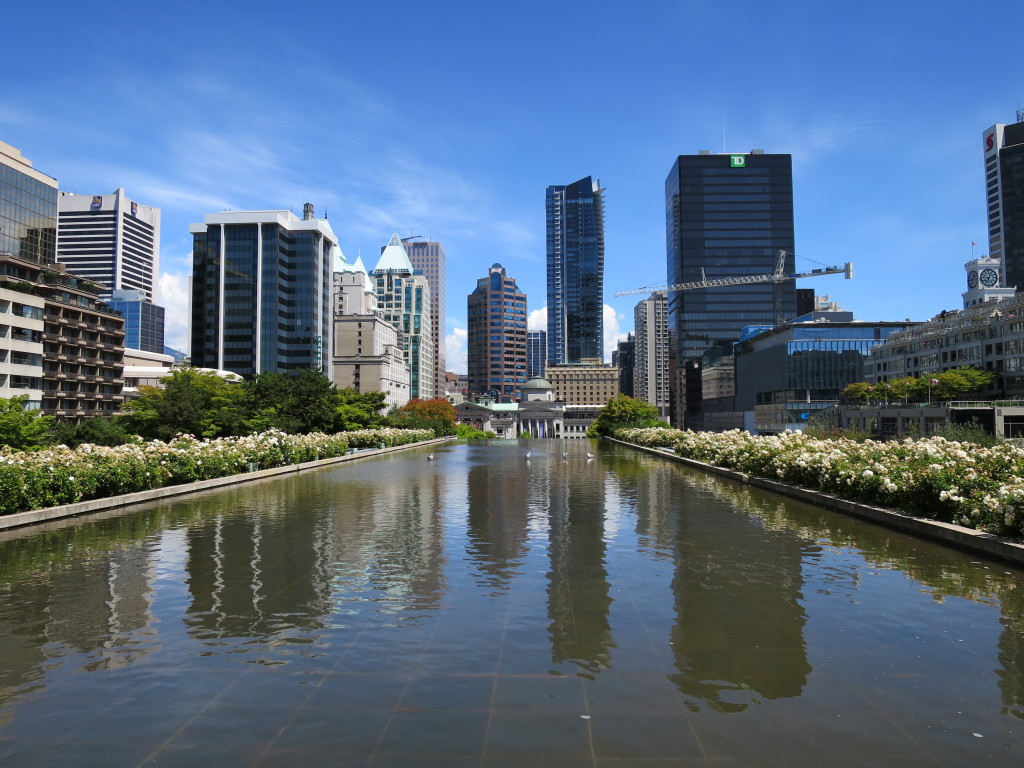 In the 1990s when Williams moved on to become the chair of ICBC, with the approval of Glen Clark’s NDP government, he dedicated $250 million of the crown corporation’s capital reserves to fund the construction of the Central City development – a 25-storey, 1.7-million-square-foot office tower and shopping mall expansion project. The award-winning development, designed by Thom, was driven forward as a catalyst for the revitalization and redevelopment of Whalley into Surrey’s downtown core.

Williams recalls how even former Surrey Mayor Doug McCallum would have to counter his fellow citizens’ doubts over the project with, “oh, you don’t think it’s too good for Surrey?”

“Everyone thought I was nuts when we went into North Surrey. I was keen about it because North Surrey was a problem area with some of the poorest people in the region,” said Williams.

“It was also where the youngest kids were coming for the next generation or two. I saw it as an opportunity, I’m from the Eastside and the Eastside is historically always ignored in this town. So I was determined that North Surrey should not be ignored, and we should do something transformational. It’s that Eastside background that led me to see Whalley as the new Eastside.” 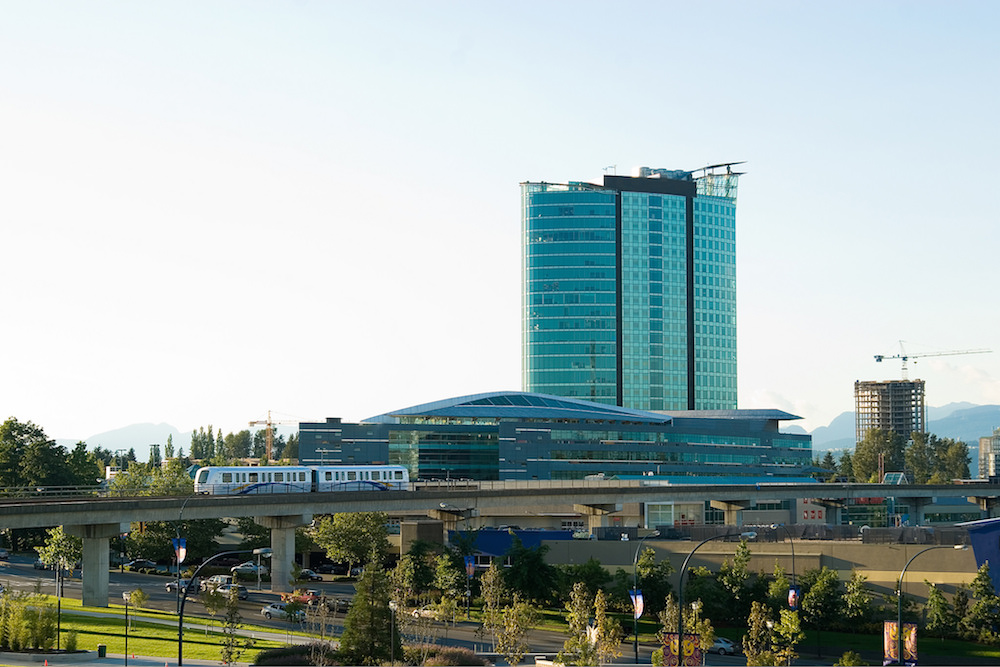 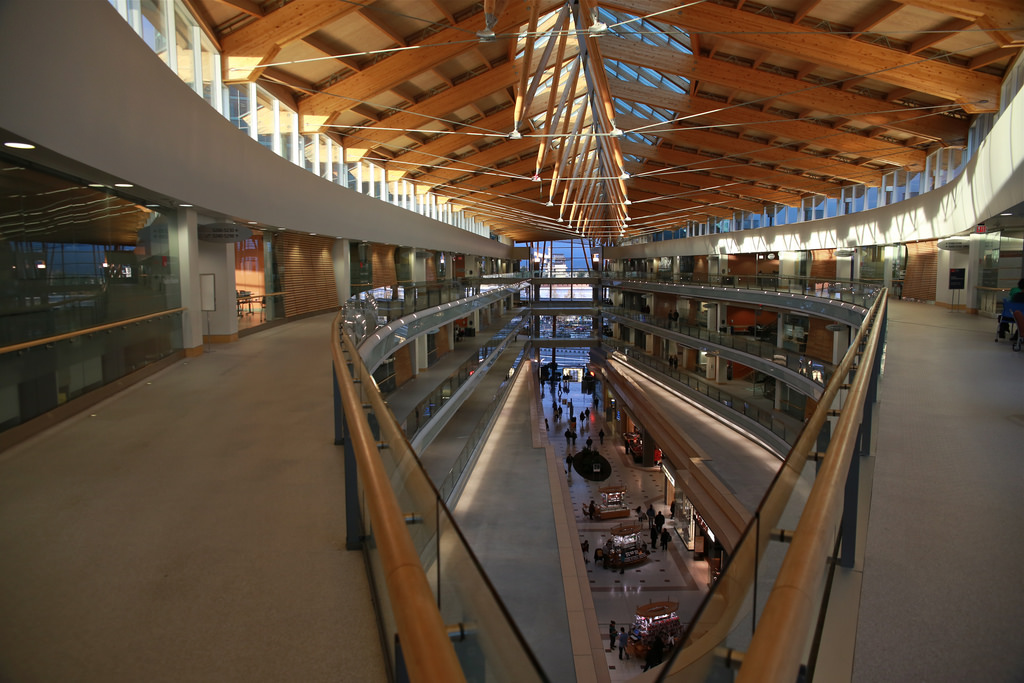 Since the construction of Central City, there have been about $4 billion in new investments in the surrounding area. But there was a turbulent period when the project was initially widely deemed as a financial nightmare.

After about three years of operations, the incoming BC Liberal government led by Gordon Campbell dissolved the newly-established Technical University of British Columbia, which was the main tenant of the complex for years by occupying 450,000 square feet of space. The office building sat largely empty until 2006 when Simon Fraser University opened a major satellite campus within the office tower building.

“A friend of mine who is reflecting on some of this stuff said, ‘Do you realize, Bob, that when we celebrated the Olympics, the sites that you had touched were the ones where everyone went?” continued Williams.

“They of course ended up at Whistler, Robson Square, and at Central City in Surrey. So, you know, it was kind of a touch and go in a way. It was really neat to compare that.”

Currently, Williams is actively seeking a fourth term in the Board of Directors of the $19.8-billion Vancity Credit Union, a position he has held since 2007 and from 1983 to 1995. Approximately 2,600 people are employed by the company.

He recalls how the credit union was dysfunctional and on the edge of bankruptcy when he first joined the company 30 years ago.

“It was nearly flat broke when I walked in the door,” said Williams. “It was the management that had invested and backed a lot of stuff in Delta prematurely and Surrey, so it’s kind of moose pasture without any cash flow.”

The institution managed to emerge out of its predicament with William and the new management team that was formed, and in the process they created a significant community engagement program.

Williams says Vancity typically sees $100 million in annual profits, of which one-third is shared between its members through dividends and the community.

“The goal became sharing the wealth as we became a more efficient and profitable credit union,” he said. “We’ve developed a community investment group that looks at how we spend that money in the community. There are projects all over the Lower Mainland, but to a greater degree in Vancouver.”

One of the credit union’s biggest projects at the moment is the conversion of the old Vancouver Police Department headquarters, at 312 Main Street in the Downtown Eastside, into a Centre for Technology and Social Innovation.

Renovations to the 100,000-square-foot building will be completed in early-2017. It will house office co-sharing and community gathering spaces to support entrepreneurs, social innovators, and non-profit organizations, with a focus on technology start-ups, clean-tech, social enterprise, and micro-enterprise.

Elements and usages of the interior are meant to be fully inclusive for the surrounding neighbourhood. This includes inserting a longhouse into the central part of the main floor, which is intended to be a meeting place for everyone particularly First Nations. 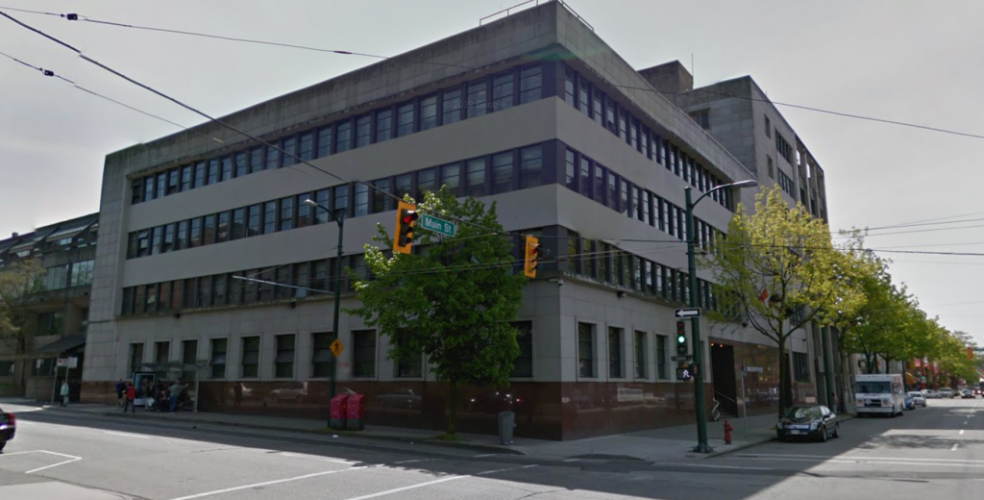