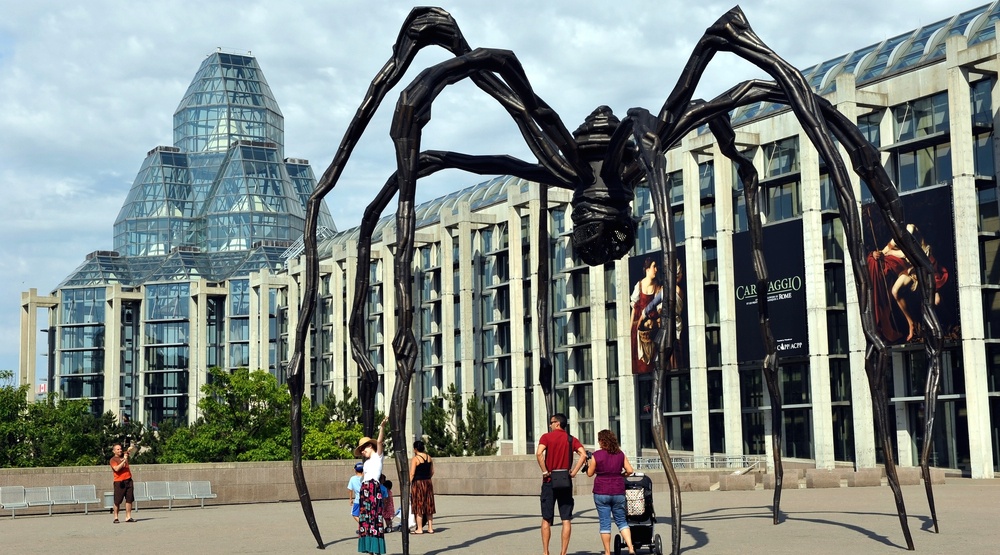 The National Gallery of Canada, a popular tourist attraction designed by Moshe Safdie that opened in 1988. The spider sculpture is the famous Maman by Louise Bourgeois. ( Shutterstock)

Vancouver real estate marketer and art collector Bob Rennie has donated 197 pieces of art to the National Gallery of Canada in Ottawa.

The gift celebrates Canada’s 150th anniversary of Confederation, and with a value of $12 million it is one of the gallery’s largest donations of contemporary art.

Rennie owns and operates the Rennie Gallery, his own private gallery in Vancouver’s Chinatown, where he showcases his contemporary collections – the largest of its kind in Canada.

“This remarkably generous gift transforms the National Gallery of Canada into the collection of record for some of our country’s most outstanding artists,” said Marc Mayer, Director and CEO of the National Gallery of Canada, in a statement. “It deepens the exhibition and the lending possibilities for a museum whose mission is to preserve and disseminate our country’s most exceptional artistic achievements.”

His gift to the gallery consists of paintings, sculptures, and mixed-media pieces by renowned international artists such as Brian Jungen, Damian Moppett, Rodney Graham, Ian Wallace, and Geoffrey Farmer.

As a gesture of appreciation for Rennie’s gift, the gallery will rename its Upper Contemporary exhibition gallery to the RENNIE Gallery.

“For a few years now, we have wanted to make a gift from our collection to Canada, to the nation. With Canada’s 150th anniversary celebrations taking place across the country, we decided this is the moment to do it, to showcase and support the rich and diverse accomplishments of artists,” said Rennie. “One of the missions of the Rennie Collection is to span artists’ careers, to collect artists in-depth.”

Rennie is a former chair of Tate Modern’s North American Acquisitions Committee and a member of the Tate International Council and the Board of Trustees for the Art Institute of Chicago. He is also on the Dean’s Advisory Board of the Faculty of Arts at the University of British Columbia.

In 2014, he was named to the Order of British Columbia to recognize his leadership and dedication to growing arts and culture in the province.