On any given night, a table at Storm Crow Tavern on Commercial Drive is hard to come by. Patrons cram in to enjoy a beer while playing Cards Against Humanity or another favourite from the wall of games. Across town, friends huddle together guessing Codenames, while in the kitchen players compare Magic: The Gathering decks before their next tournament.

Tabletop in Vancouver is surging in popularity, and that’s due to a community working to educate and excite the next generation of gamers. Vancity Buzz sat down with local creators to learn more about the world of games.

“We want to make games that offer something different.” – Jay Cormier, Bamboozle Brothers

Vancouver game designer Jay Cormier found his passion when he was a child.

“If you talked to my parents, they’d say I always loved board games,” said Cormier. “Whenever it was games night, even if it was some cheesy board game like Poleconomy or Pente, I wanted to play it.” 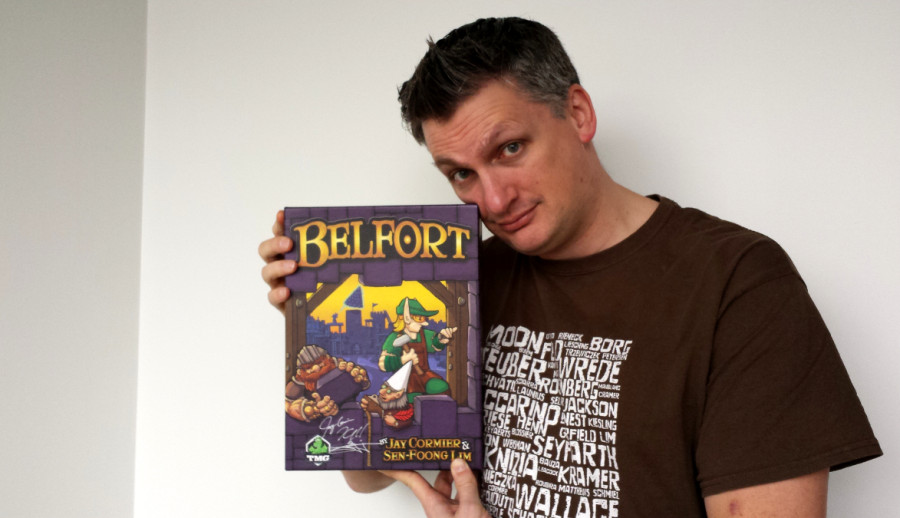 Cormier is one-half of Bamboozle Brothers with Sen-Foong Lim, creators of the award-winning strategy game Belfort and the recent Orphan Black: The Card Game. He explains designing games takes dedication and teamwork.

“Whenever anyone has a hobby or passion, you start to think, ‘Maybe I could do this’,” said Cormier, who is also a design instructor at Vancouver Film School. “Sen and I had a private online forum where we’d share ideas and be inspired to make prototypes. We want to make games that offer something different.”

With 12 games being released in 2016, including a Godfather dice game and a Godzilla deck builder, Cormier is staying busy on the design front. But he still finds time for gaming with friends.

“Gaming is a great way to bring people into a social setting. It works your brain while you smacktalk your friends.”

“It’s been exciting to watch board games grow so quickly over the past few years.” – Kaja Sadowski, Starlit Citadel Reviews

Many gamers also share their passion online, with websites, blogs and YouTube channels dedicated to tabletop. One local channel is Starlit Citadel Reviews, hosted by Kaja Sadowski and Joanna Gaskell.

“The idea was to publish quick reviews to help customers get a better idea of whether a game was a good fit for them,” explained Sadowski. “Over the years, Joanna and I have developed clear tastes and opinions on games, and I think that balance makes our reviews valuable.”

Originally a project for Starlit Citadel, an online board game retailer based in Vancouver, Starlit Citadel Reviews has released 139 reviews on YouTube since 2011. The channel is popular, with over 28,000 subscribers, over 3 million total views, and the current season being entirely viewer funded through Patreon.

“The most rewarding thing about the review show is the audience,” said Gaskell. “Board gaming is enjoying an incredible resurgence, and so many different kinds of people are playing and designing and talking about board games. The show has been a wonderful way to engage and connect with those people.”

“People are a lot more interested in interacting face-to-face after working all day in front of the computer,” added Sadowski. “When you combine the quality of games being put out with the public’s appetite for geeky social connection, you’ve got the perfect environment for a board game boom.”

“It’s not just Monopoly and The Game of Life anymore. There’s a world of games out there.” – Shannon Lentz, Terminal City Tabletop Convention

Local gamers are gathering March 5 and 6 in Burnaby for the Terminal City Tabletop Convention, a weekend of gaming launched after founder Shannon Lentz attended a similar event in Victoria.

“I was inspired by Gottacon to start Terminal City Tabletop Convention,” said Lentz, who named Star Wars: Imperial Assault as his favourite game. “I realized that there was a gaming-centric convention missing from Vancouver, so I decided to make a convention that I, a tabletop lover, would want to go to.” 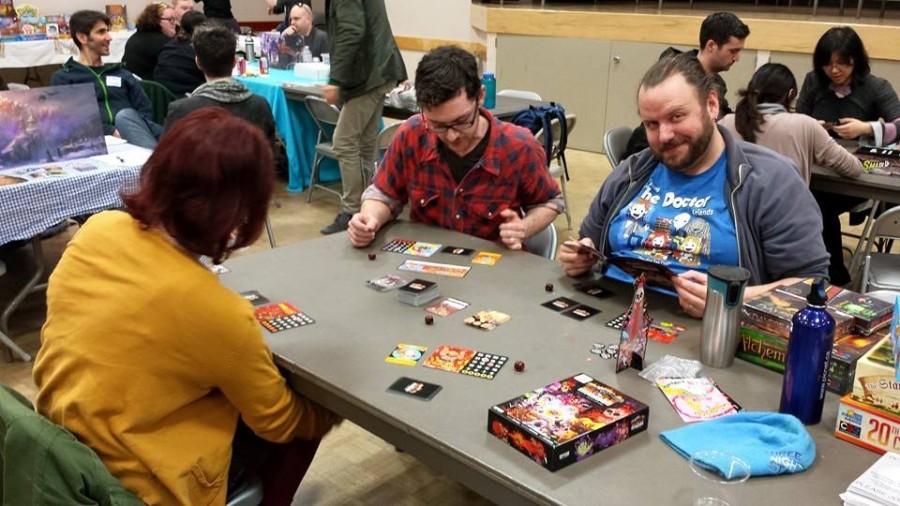 Now in it’s third year, TCTC packs hundreds of gamers into the Bonsor Recreation Complex along with a vendors hall, silent auction, and a children’s area. Weekend and Saturday passes are sold out, though there are still Sunday passes available.

“People travel from as far away as Edmonton and Washington to come to the convention. It’s a good place to come if you’re a big gamer or new to the hobby.” said Lentz. “It’s not just Monopoly and The Game of Life anymore. There’s a world of games out there.”