One of Vancouver’s last remaining wooden bus stops met its fate on Saturday morning after a BMW M5 lost control and crashed into the street furniture.

The driver of the high-performance car was going downhill on King Edward Avenue’s eastbound direction. After stopping at the intersection, the car made a left turn northbound onto MacDonald Street, but the turn was far too fast for the wet conditions.

As it made the turn, the rear tires broke free and provided no traction, but the driver overcompensated and caused the vehicle to lose control and slide right into the bus stop. It narrowly avoided colliding into another BMW vehicle.

The entire incident was recorded by a dash camera mounted on the rear window of the car that was ahead of the BMW. It provides a good example of what not to do when your vehicle begins to skid while driving.

Fortunately, no one was waiting at the bus stop, which will now require replacement. Vancity Buzz staff saw police arriving at the scene shortly after and there were no injuries.

5 steps to control your car when it begins to skid 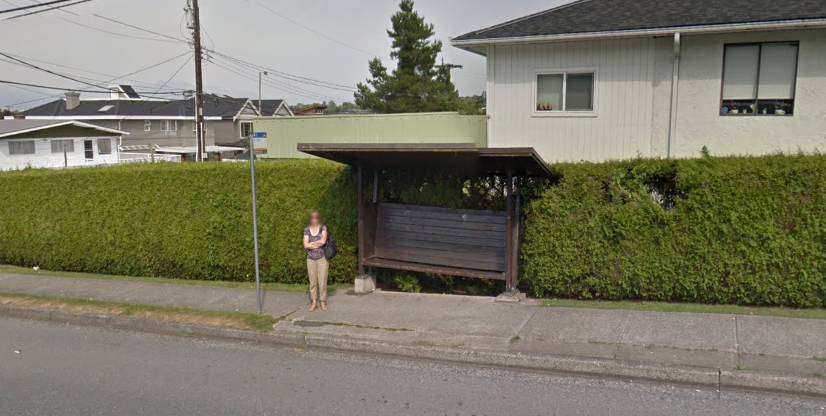