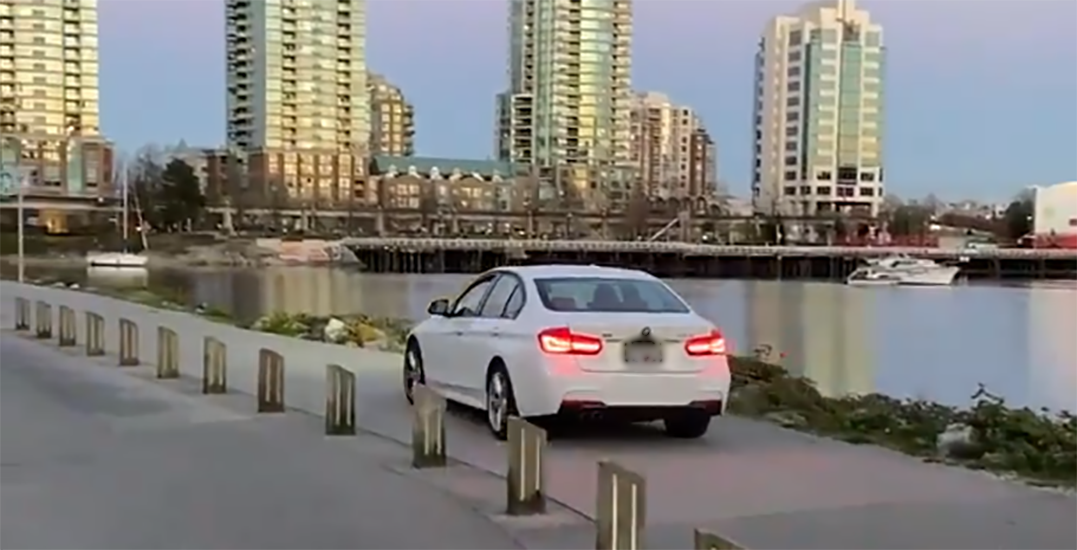 A driver in Vancouver opted to forgo the road and take the path less travelled.

Earlier this week, a man driving a BMW was seen cruising along the pedestrian path of the seawall near False Creek.

The incident occurred on Wednesday evening and was filmed and shared on social media.

The 40-second clip shows the vehicle driving on the walkway, with glimpses of BC Place and Science World in the background.

“What are you doing?” the person filming the video says while laughing.

Another pedestrian says, “This is a walkway, eh?” as the vehicle passes by them.

And in case you had to ask, no, this isn’t the first time that this has happened. In 2019, a motorist can be seen driving along the pedestrian path at Sunset Beach.