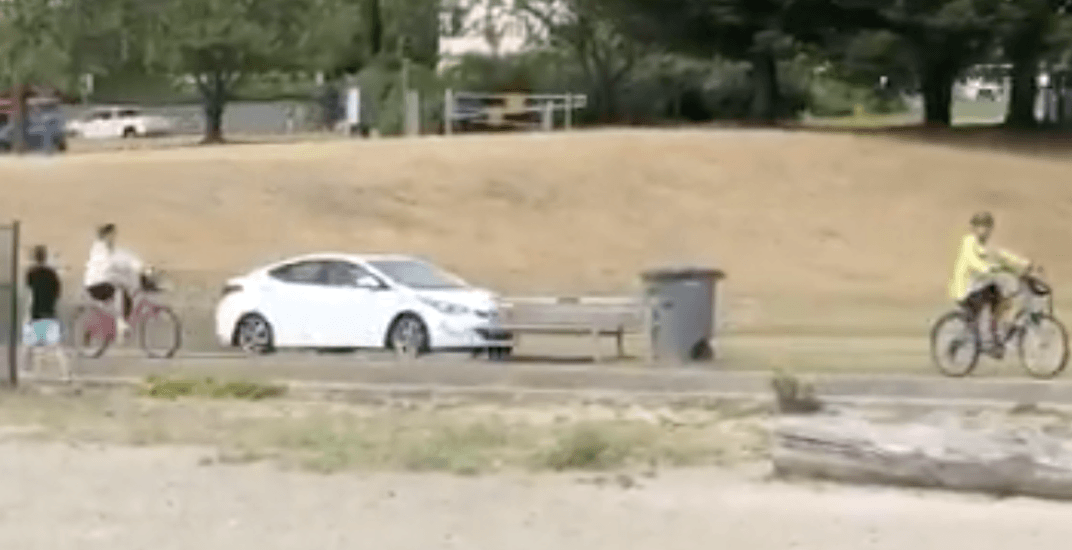 Less than a month after a driver was caught on camera driving her car down a set of stairs in Vancouver, it appears another driver has opted to forego the road and take their car for a cruise through another pedestrian-designated area.

This time, it’s a car driving along Vancouver’s seawall at Sunset Beach.

The scene was captured on video by Josh Loewen and shared on social media this weekend.

People can be heard laughing in disbelief during the video, while one person expresses concern at just how fast the driver is cruising through the area, where cyclists and pedestrians can clearly be seen.

The road where cars are actually supposed to drive can be seen in the top part of the video as well.

Talk about taking a wrong turn.