In an effort to raise awareness of worldwide deforestation and the resulting climate change, Blue Trees have started to spring up around New Westminster. 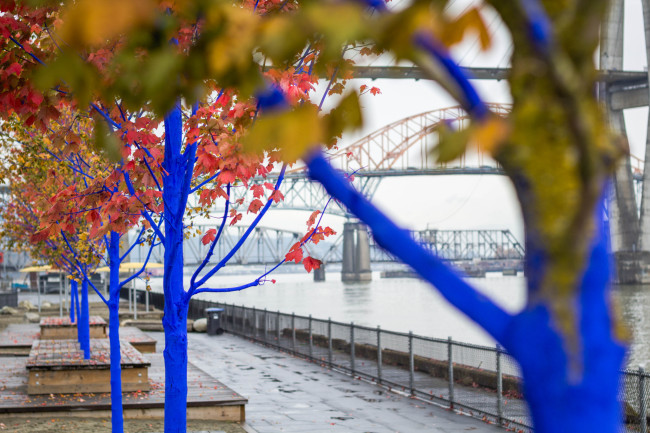 The trees are the brainchild of environmental and social-justice artist Konstantin Dimopoulos, in partnership with Vancouver Biennale, who has brought his award-winning and community-based art installation back to the lower mainland.

Using an environmentally-safe, water-based natural blue pigment; Dimopoulos paints the trunks and branches of trees in urban environments in order to draw attention to the greenery that often passes us by unnoticed. 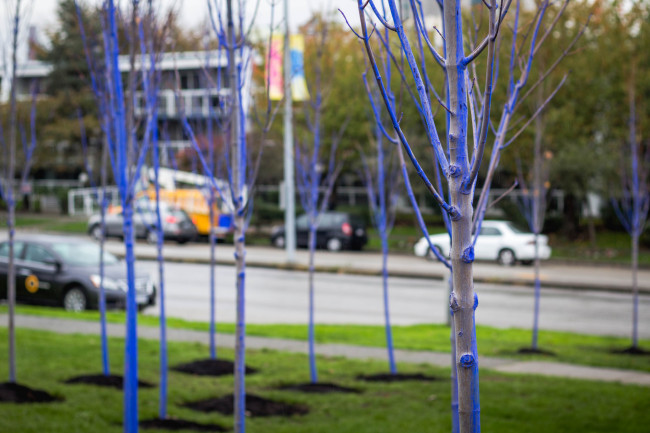 “The (deforestation) issue is invisible because it happens thousands of miles from cities,” Dimopoulos said of the project.

“Trees are the lungs of the universe,” the artist added. “And by pigmenting them blue in creative and unexpected public places, I capture people’s imagination and thinking and bring attention to the preciousness of trees to our everyday life.” 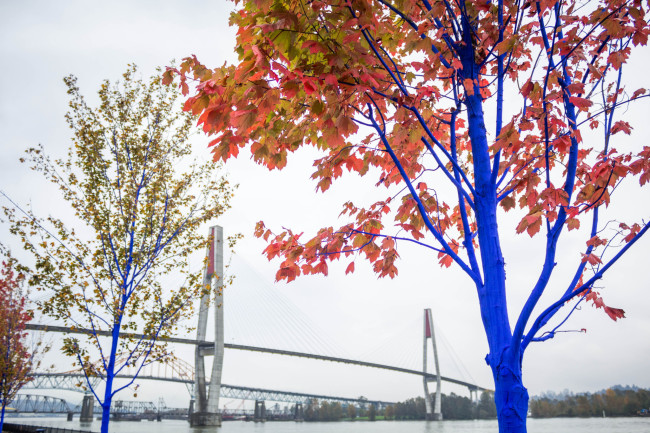 The Blue Trees, which were first introduced in Melbourne, Australia in 2005/2006; have since sprouted up in cities around the world from London to Sydney, including Vancouver in 2011.

The art installation was selected as a finalist from 1022 entries for the Danish Index Design Awards in 2013; the largest design award in the world. Dimopoulos also was the winner of the Artist category for Climate Week Awards: 2014. 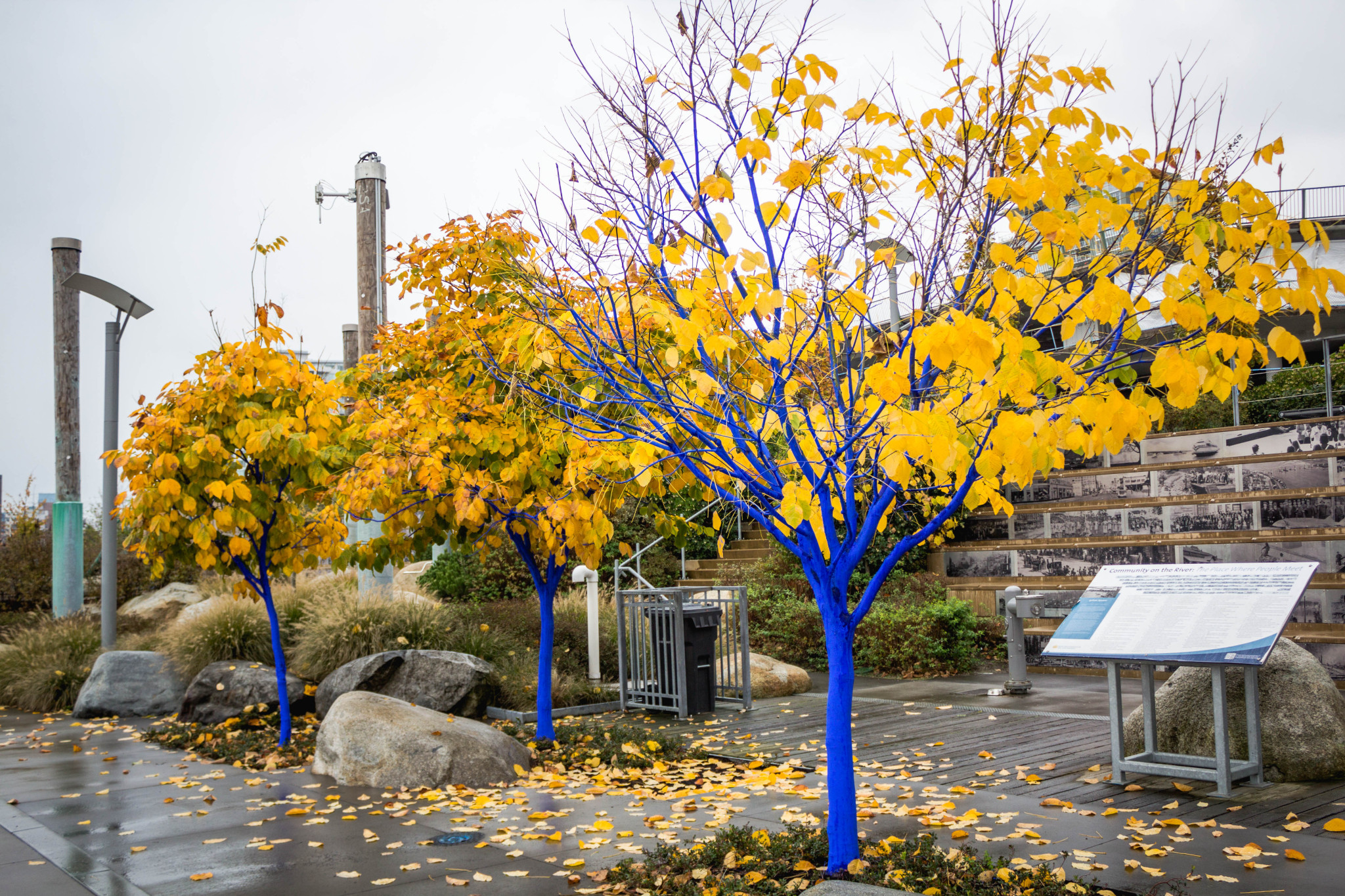 This latest version of the Blue Trees initiative, commissioned by Vancouver Biennale for the 2014/2016 exhibition, includes installations in New Westminster and Squamish, alongside a big finale at Park Royal Shopping Centre on Saturday, October 24. 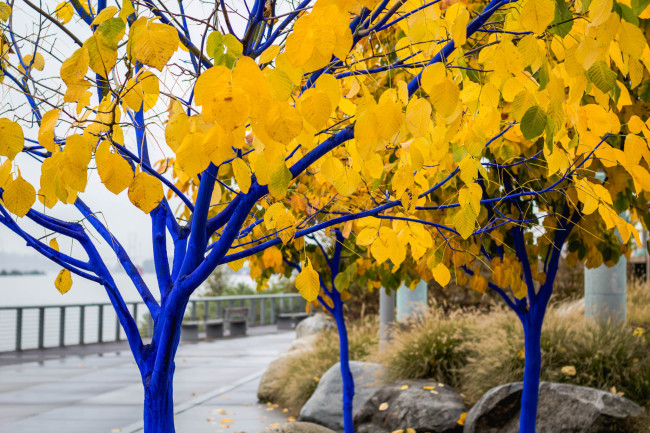 Join the all ages community pigmenting party and help create The Blue Trees installation at Simons with Vancouver Biennale artist Konstantin Dimopoulos. The first 175 participants to register will receive a commemorative t-shirt and a potted Blue Tree sapling to take home.