2,500 lucky Vancouverites took refuge from the rain last night to spend two hours lost together with other Blue Rodeo fans at the Orpheum Theatre.

The Canadian Music Hall of Famers are in town promoting Live At Massey Hall, their fourth collection of live tracks that was recorded at Toronto’s iconic concert venue. Fronted by vocalists/guitar heroes Jim Cuddy and Greg Keelor, Blue Rodeo have sold 4 million records and have received some of our country’s highest honors, including the Governor General’s Performing Arts Award for artistic achievement. 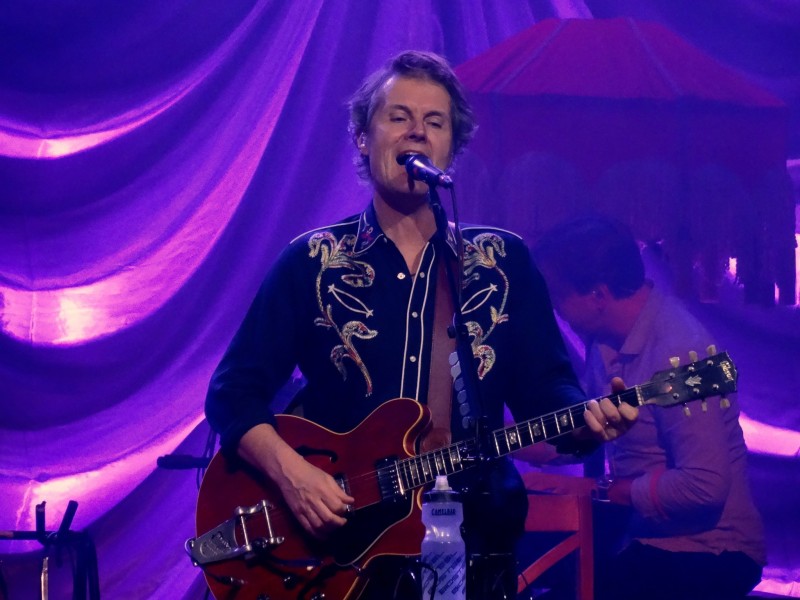 The band opened their Vancouver show with big hits “Trust Yourself” and “Rain Down On Me” before getting into uncharted territory with newer songs that have yet to appear on a Blue Rodeo album.

Cuddy explained that “Thousand Arms” is “about a bipolar woman in San Francisco who opened a coffee shop and needed the whole community to look after it.”

Keelor told the crowd that new track “The Flame” is “a song about obsession, but it has a happy ending. The heroine of the song gets burned at the stake by the end of it.” And while the band sounded great on those tracks, plus other new songs like “Superstar” and “Rabbit’s Foot,” the audience was kind of longing for the classics by the half-way mark. 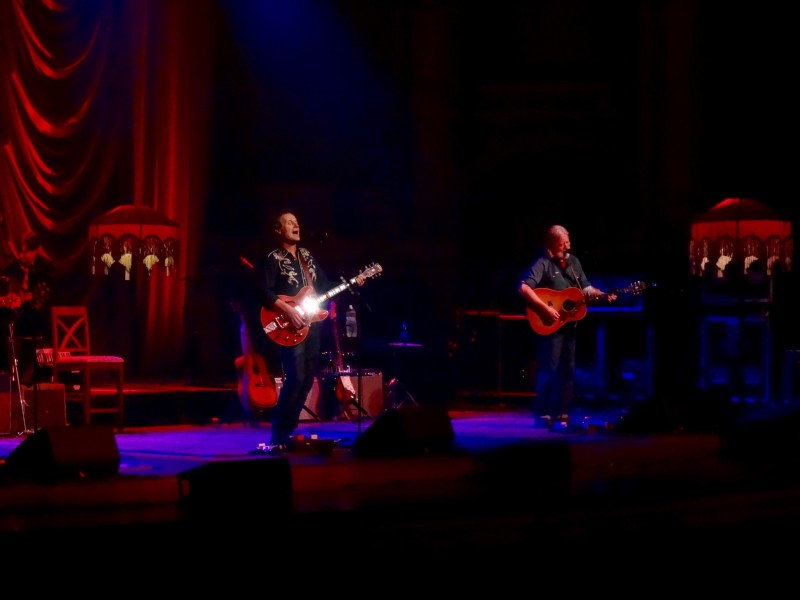 During a brief, quiet pause between songs, one lone voice in the theatre yelled “Try!”–the band’s breakthrough 1987 hit. And after some awkward chuckling from the crowd, another fan yelled “Diamond Mine!” and from there, the song requests starting pouring in. Cuddy eventually chimed in, telling us “those are all good suggestions. We’ve thought about doing those songs.”

Keelor introduced “What Am I Doing Here?” from 1990’s Casino saying it was inspired by “one of the shittiest shows we’ve ever had. At the Eerie County Fair, just outside of Buffalo. A crazy city where the headliners were high school bands having a ‘battle of the bands’ with this ferris wheel spinning round and round.”

After a somber version of “Bad Timing,” Cuddy got the audience on its feet for a rousing rendition of “Til I Am Myself Again.” And they remained standing (and sometimes dancing) for the rest of the show. 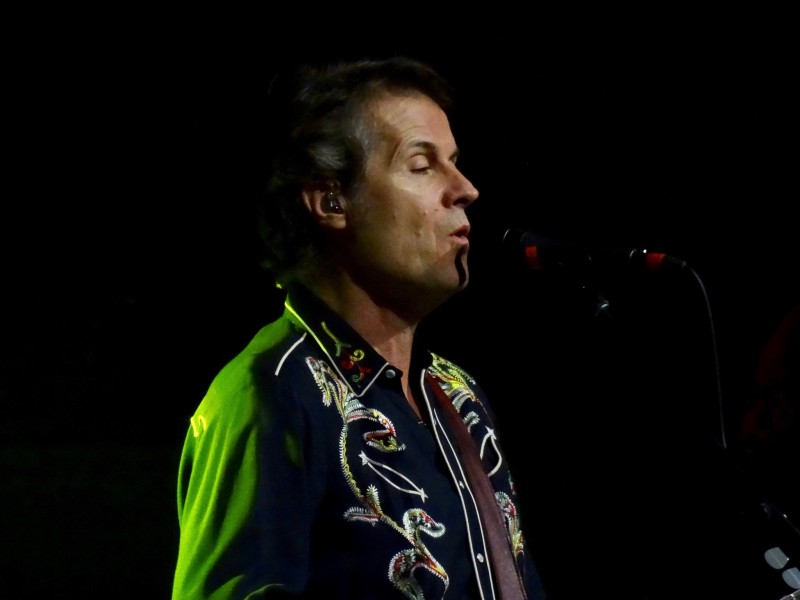 Keelor invited fans, who he dubbed “the Greater Vancouver mixed choir,” to sing lead vocals on “Hasn’t Hit Me Yet” from Five Days in July, Blue Rodeo’s most commercially successful album. The audience was more than happy to oblige, especially when it came time to scream the lyric “it’s kind of like those sunsets/that leave you feeling so stoned.”

Just before wrapping up the two-hour show, the band took a moment to wish a happy birthday to guitarist Colin Cripps. “He shares his birthday with Wayne Gretzky, and Wayne always gets all the attention,” Keelor told us. “So we want to present him with a cake and sing him ‘Happy Birthday’, but you have to share this one too.” As it turns out, Cripps also shares a birthday with Sean, a member of the Blue Rodeo’s touring crew.

Cripps was presented with a cake onstage by show opener Terra Lightfoot, while Sean, the poor crew guy, was forced to lurk in the shadows while holding a second, completely lit cake. After a chorus of “Happy Birthday,” Lightfoot, who earlier in the evening performed songs from her Every Time My Mind Runs Wild CD, stuck around for an awesome encore of “Lost Together” with the band. 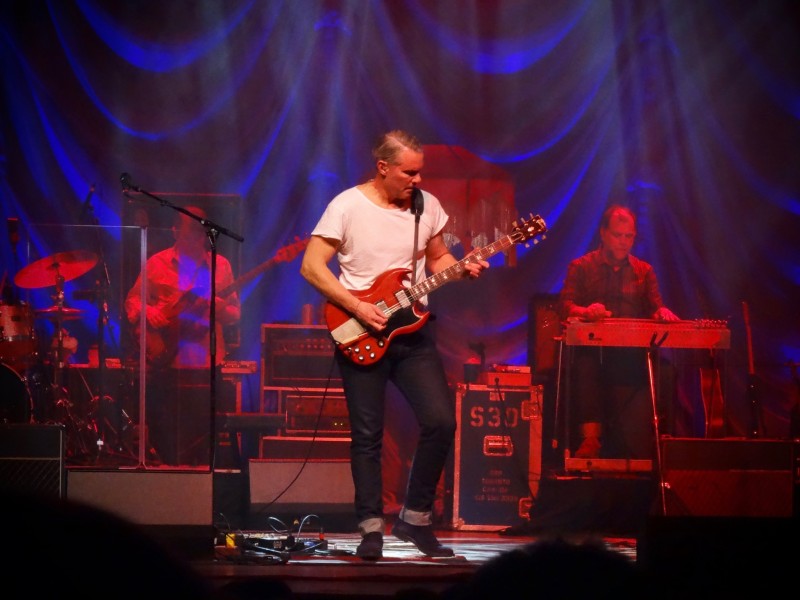 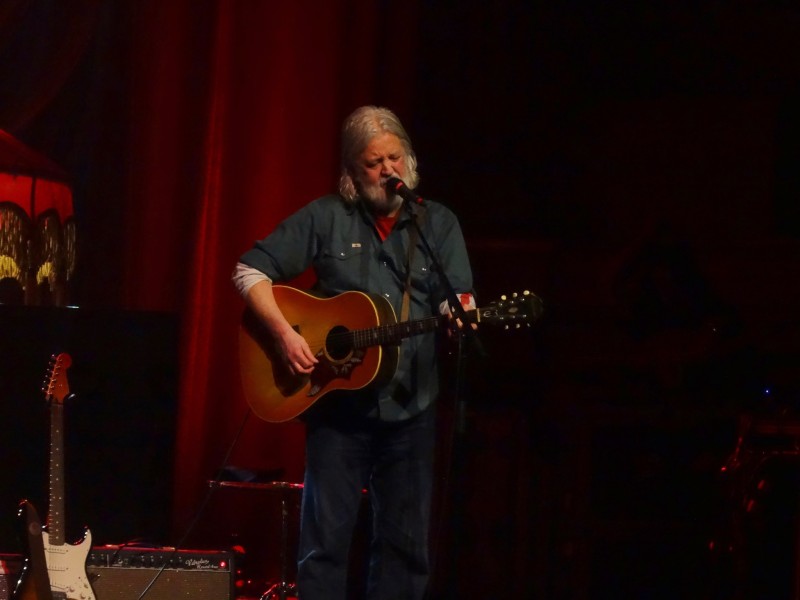 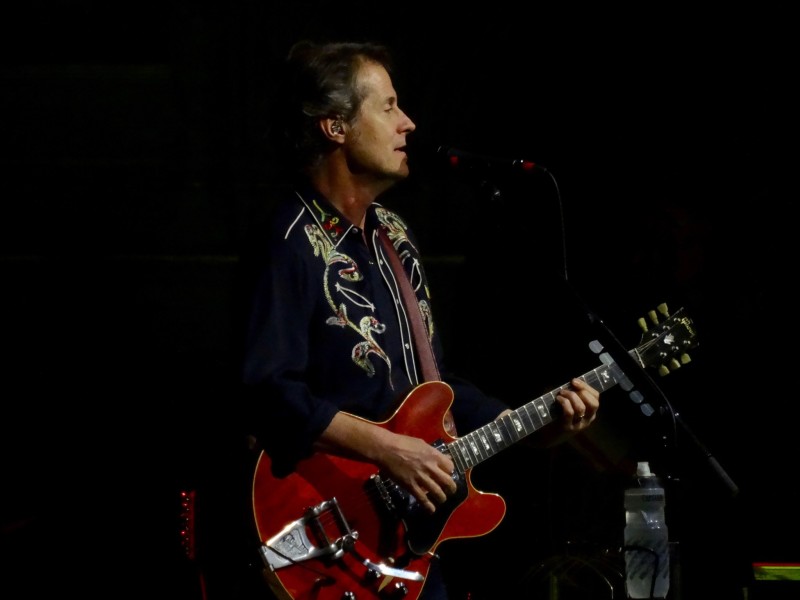