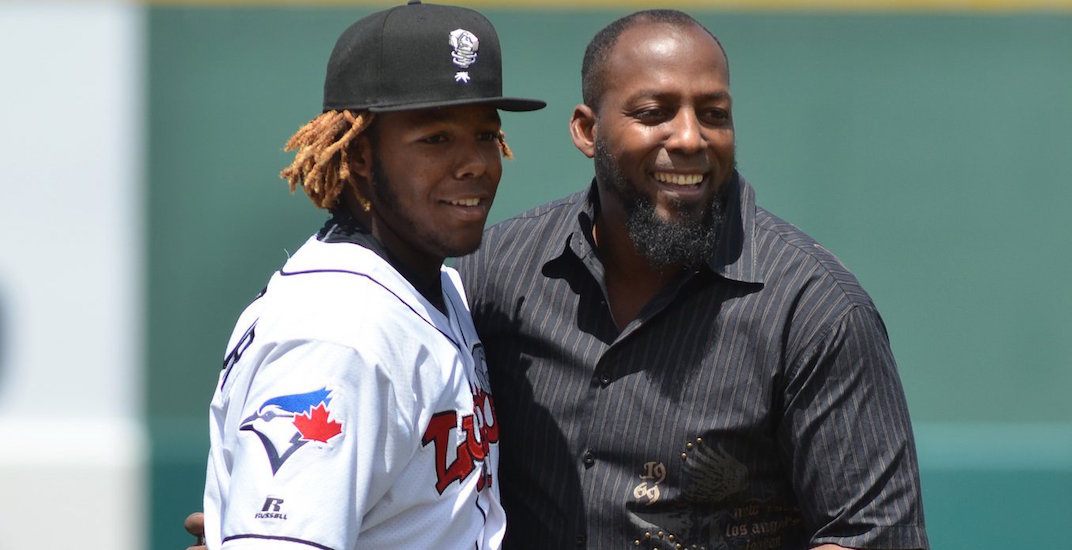 The Toronto Blue Jays have something special in Vladimir Guerrero Jr, of that, there is no doubt.

The son of an Expos legend is impressing people in the minors this season, so much so, that he was named the 2017 Prospect of the Year by ESPN on Wednesday.

Born in Montreal, the 18-year-old Dominican has risen up the ranks this year. After beginning the season ranked 48th by ESPN, he rocketed up to eighth spot by midseason.

The 6-foot-1 third baseman has split time between Dunedin and Lansing this year. In 119 games across low-A and high-A baseball, he hit for a .323 average, with an on-base percentage of .425, and a .485 slugging percentage, to go with 13 home runs.

Guerrero is showing the promise befitting of his name. His father, Vladimir Guerrero Sr, played eight seasons with the Montreal Expos and is one of the best players in franchise history. He was a nine-time All-Star and won the AL MVP in 2004.

The Blue Jays signed the youngster two years ago to a $3.9 million contract, when he was the fourth-ranked international prospect.

“Those kind of guys don’t come across very often,” Blue Jays special assistant of Latin American operations, Ismael Cruz said at the time. “So it was either play all of your marbles on one guy or it was go out and get a couple of players that are fine, but for us, Vladimir is a difference-maker. He has the potential to be a very, very special kid.”

It looks like he’s starting to realize some of that potential already.