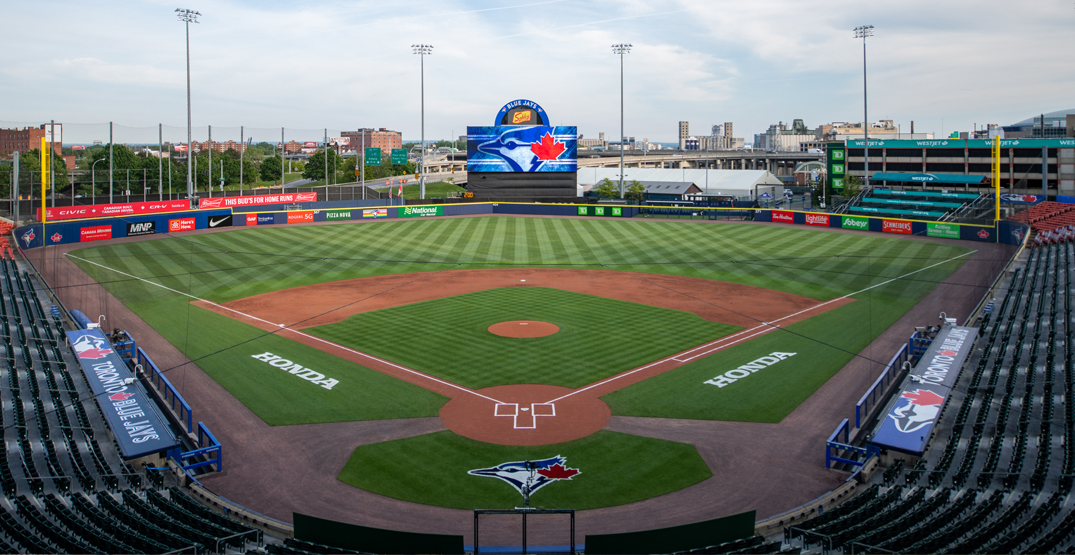 It’s not quite 100% “home field”, but this might be as close to home as the Toronto Blue Jays get this year. They return to Sahlen Field to open their second “home opener” of the 2021 campaign today in Buffalo, New York.

The team played the first two months of the regular season at their spring training ballpark in Dunedin, Florida, but due to a multitude of reasons, the Jays packed up and flew north to Buffalo to set up shop at Sahlen Field for the rest of the schedule.

Last year, the team drastically overhauled the field which houses their Triple-A affiliate team, the Buffalo Bisons. Once the Jays landed on Buffalo as a resting place last season, the team had less than three weeks to transform their Triple-A ballpark into a Major League facility.

If last year’s renovations were a complete facelift, consider this year’s changes some additional “ballpark Botox”.

Welcome back to our newly renovated home away from home! #WeAreBlueJays pic.twitter.com/bAAe65TOK8

Given the luxury of time this go-around, the club made a few more tweaks and changes to make this as close to a “home ballpark” as possible. The Jays went one step further this year by renovating more areas of the ballpark and making some much-needed additions to the field.

One of the biggest changes fans will notice is the fact that the bullpens have moved off the field. The home and visitor’s bullpens are now stacked beyond the right field fences.

Relievers can get warm without fear of getting hit by an errant line drive in foul territory. 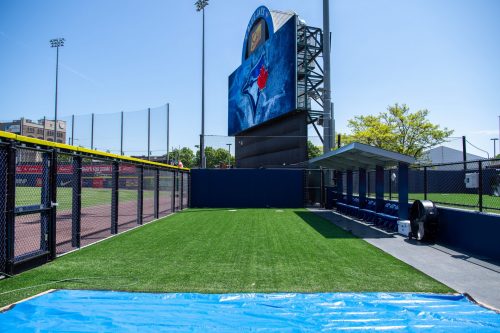 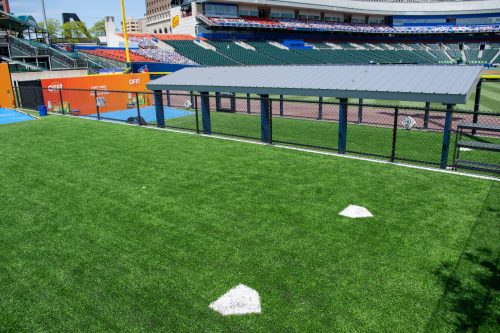 The Blue Jays also overhauled the home clubhouse, which includes renovations to the weight and cardio rooms, the player lounge, recovery rooms, and hydrotherapy room; everything the players need to prepare and recover from the game. 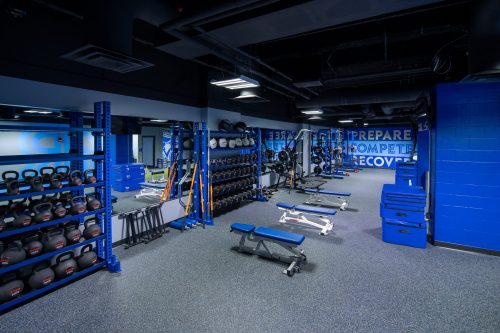 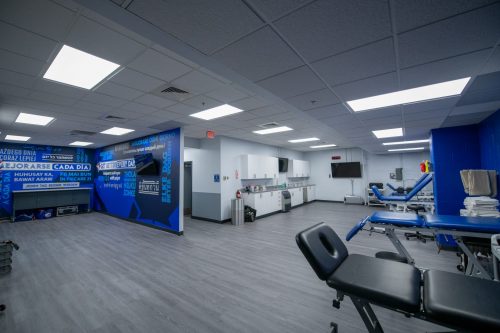 Ever the musician, Blue Jays manager Charlie Montoyo even has his own dedicated music area of his office with his own bongos, congas and maracas, in case the need for an impromptu jam session with Marc Anthony arises (yes, that’s a thing that actually happened). 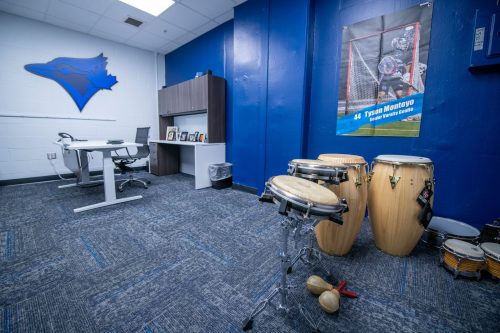 Blue Jays hitters will be elated to learn about the take some hacks in the new batting cages at the south end of Sahlen Field. This climate-controlled area is now a permanent fixture at Sahlen Field where batters can work on their swing, similar to the club’s cages at Rogers Centre. 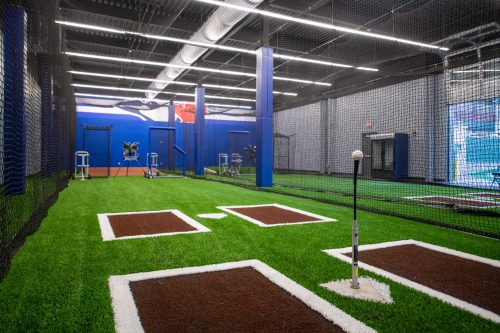 Besides these aforementioned changes, the team re-sodded the entire outfield grass at Sahlen Field, replaced all the permanent light poles with LED lighting, and added two additional LED light poles for these Major League games.

Despite playing in a makeshift home last year, the Blue Jays fared well at home in Buffalo, posting a 17-9 home record. With only 26 games played at Sahlen Field, the Blue Jays posted some of the best offensive home numbers of any team in MLB in 2020.

Right-handers are jumping from one hitter’s haven in Dunedin at TD Ballpark to another at Sahlen Field in Buffalo. The Blue Jays’ new home in Buffalo ranks second in batting average for righties of any MLB ballpark dating back to 2008.

Sahlen Field will also be more hospitable for Blue Jays players in terms of home fans. During Blue Jays’ broadcasts in Dunedin, pockets of ruckus visiting fans could be heard loud and clear on the TV broadcast.

Because of their proximity to teams like the Tampa Bay Rays and with that area of Florida being home to many devout fans of opposing AL East teams, away fans often drowned out the home contingent.

“Hopefully it will become more of a home field advantage, because it wasn’t in Dunedin,” Montoyo said. “Every team we played, they had more fans from the other teams than we did.”

Fans sitting in outdoor bowl seating areas don’t require masks. This will be the first chance fans in Buffalo get the chance to see the Blue Jays in the flesh, as only cardboard cutouts sat in the stands at Sahlen Field last year.

The Blue Jays sold out their first eight home games in Buffalo with series against the Miami Marlins, Houston Astros and New York Yankees.

For those looking to get the jab, New York governor Andrew Cuomo said a free COVID-19 vaccination clinic will be set up outside Sahlen Field. Anyone who gets their vaccine receives a voucher for a free ticket to a 2022 Buffalo Bisons game.

Today we're announcing that @BlueJays Opening Day at Sahlen Field will be June 1!

It will be the first time in 105 years that fans can watch Major League Baseball in Buffalo!

All photos courtesy of the Toronto Blue Jays