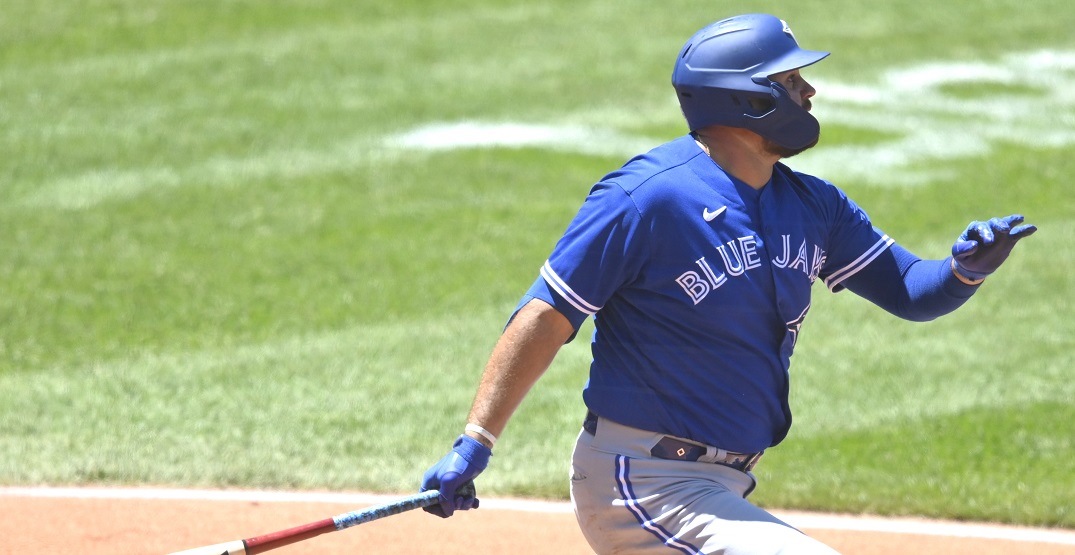 The Rowdy Tellez era in Toronto appears to be over.

Tellez is headed to the Milwaukee Brewers for right-handed pitchers Trevor Richards and Bowden Francis.

The Athletic‘s Ken Rosenthal was the first to report the trade.

Brewers acquiring 1B Rowdy Tellez from Blue Jays, sources tell @TheAthletic. Return believed to include RHP Trevor Richards. Unclear if other pieces are in deal. Tellez has been in Triple A since June 22. Richards came from Rays in Adames trade.

With the emergence of Vladimir Guerrero Jr. as an all-star calibre first baseman, Tellez was mostly getting in as a designated hitter this season.

In 50 games this season, Tellez put up a .209 batting average, .272 on-base percentage and a .338 slugging percentage. He also hit four home runs on the season, but has been down with the Jays’ AAA team in Trenton (temporarily relocated from Buffalo) since June 22.

Rowdy Tellez was originally selected by the Blue Jays in the 30th round of the 2013 MLB Amateur Draft. He made his debut for the big club in 2018, playing 219 games over four years at the major league level. He hit 21 homers and batted in 54 runs in 2019, but inconsistencies at the plate over the last two years ultimately made it tough to continuously justify a regular spot for him in the lineup.

The Blue Jays currently have a 43-39 record, with their 423 runs scored good enough for third in the American League.

Richards appears likely to soon join a Jays bullpen that has struggled with injuries and blown leads throughout the 2021 season.

In 15 games with Milwaukee this year, the 28-year-old Richards sports a 3-0 record with a nice 3.69 ERA. He has also played with Tampa and Miami since making his major league debut in 2018.

Francis, meanwhile, has yet to make his major league debut, but currently plays as a starting pitcher. At age 25, he has a 7-3 record with a 3.62 ERA in 11 starts between Double-A Biloxi and Triple-A Nashville this season, and was selected by the Brewers in the 2017 draft.