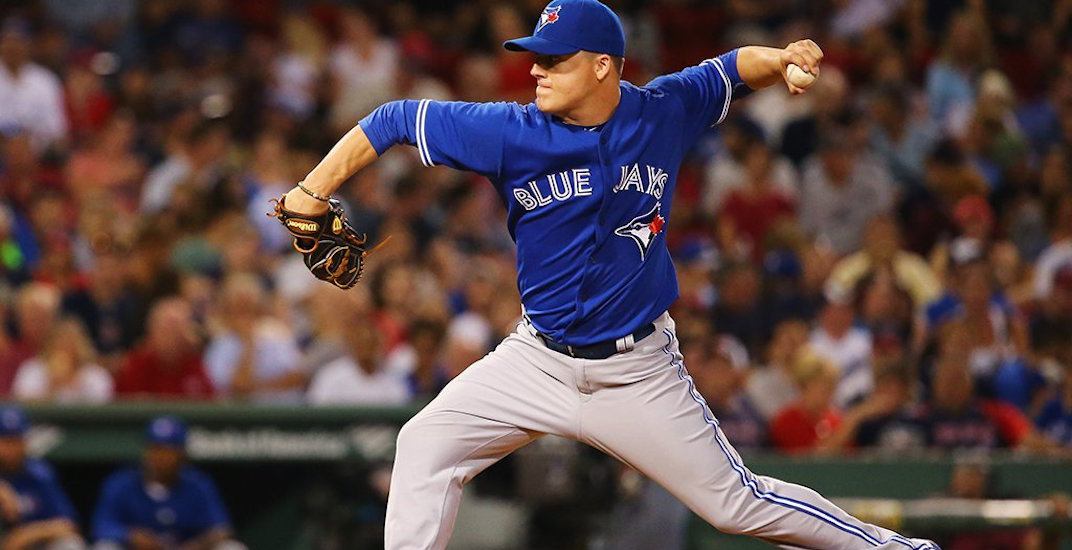 The Toronto Blue Jays are like a liquidation store lately.

While that’s not the team’s official slogan, it very well could be, as the Blue Jays shipped two more players out of town ahead of the 4 pm ET (1 pm PT) MLB non-waiver trade deadline.

GM Ross Atkins traded two more pitchers on Tuesday, bringing the total up to five pitchers dealt in less than a week.

Newest #BlueJays pitcher Jacob Waguespack makes the trek on over from the visitor’s clubhouse to the good side!! pic.twitter.com/kYGebQGF44

Waguespack, 24, has split time between triple-A and double-A this year.

Axford to the Dodgers

#BlueJays add RHP Corey Copping in John Axford deal. Control can be an issue, but a 2.52 ERA between AA and AAA this season. The 24yo RHP is a strict reliever.

Is there anybody left?

Loup and Axford join Seunghwan Oh, JA Happ, and Roberto Osuna as pitchers traded by the Blue Jays in the last week.

Veteran outfielder Curtis Granderson and reliever Tyler Clippard, who many expected to move, were not dealt.

With the team 14.5 games back of the final wild card spot in the American League, it made sense for the Blue Jays to be sellers this year. That’s the harsh reality of an organization that seems a million miles away from the team it was less than two years ago.