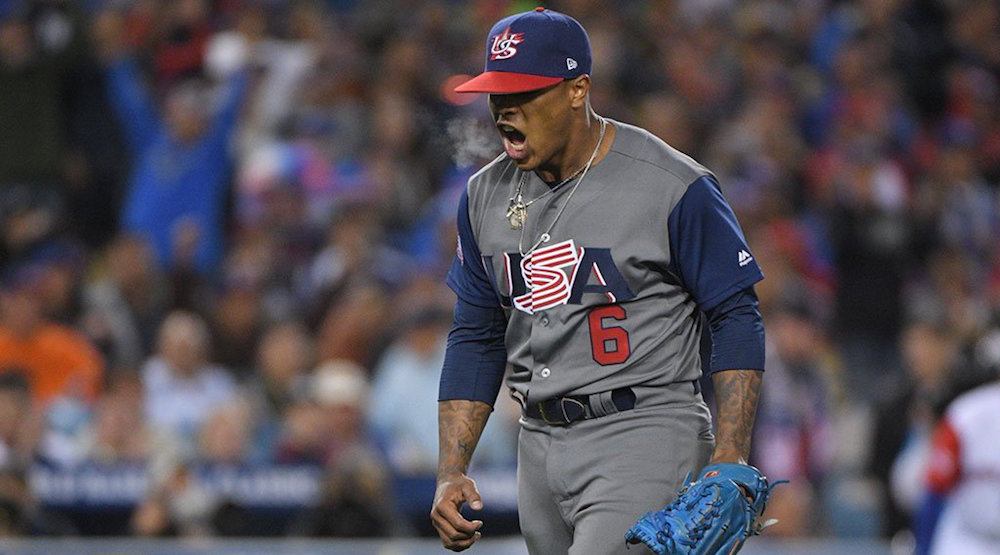 Marcus Stroman took another step to solidify his status as a big game pitcher on Wednesday, leading Team USA to an 8-0 route over Puerto Rico for their first-ever World Baseball Classic championship.

The Blue Jays’ pitcher had a no hitter into the seventh inning before San Francisco Giants centre fielder Angel Pagan finally got Puerto Rico’s first hit off Stroman, ending his night.

Finally having a WBC Final with USA in it was huge for this tournament, although the game didn’t deliver the drama most people would have hoped for.

Ian Kinsler got the Americans on the board in the third inning, hitting a two-run home run off Seth Lugo. That’s the way things stayed until the fifth inning, when USA got a pair of singles from Christian Yelich and Andrew McCutchen that scored runs.

The seventh inning was when USA made it a blowout, scoring three runs off two singles. That gave USA a 7-0 lead, and put the game out of reach. Another run for USA in the eighth inning gave them extra insurance with an 8-0 lead.