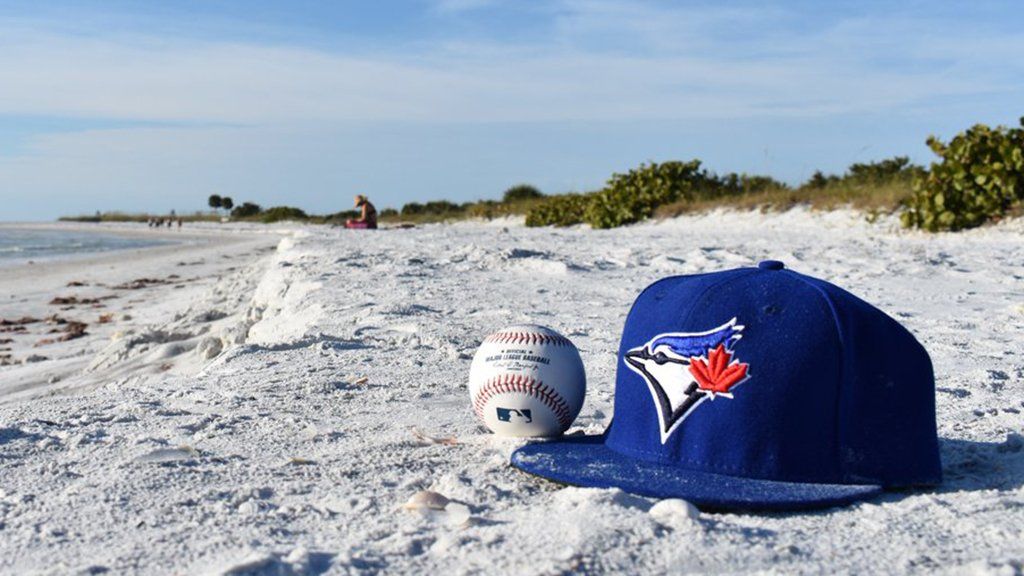 Spring training will be much different this year for the Toronto Blue Jays. With the team in the midst of a rebuild, a brand new manager at the helm and several of team’s veteran players traded away or released, the Blue Jays are nearly unrecognizable from one year ago.

For the past three seasons, the team reported to Spring training with the expectation that they’d at least be on the periphery of contention.

The Blue Jays won’t contend in 2019, but that doesn’t mean they won’t be a fascinating team to watch. With one of the best farm systems in baseball and super prospect Vladimir Guerrero Jr. knocking at the door, there are storylines aplenty surrounding the team in 2019.

Pitchers and catchers report on Wednesday, with Grapefruit League play beginning on Saturday, February 23. Here are four storylines to keep a close eye on as Blue Jays players arrive at Spring training in Dunedin, Florida.

1. How will Charlie in charge change things?

For the first time in seven years, there will be a new ring leader at the Bobby Mattick Complex in Dunedin, Florida. Gone is John Gibbons and Charlie Montoyo takes the reins as the club’s new manager.

Over the last few months, he’s tipped his hand as to how the Blue Jays may field a much different on-field product in 2019. Montoyo arrives from the Rays organization, who have been in the cutting-edge of baseball. Their inventive use of the opener helped the Rays win 90 games last year.

It’s uncertain if and when Montoyo plans to use an ‘opener,’ but don’t be surprised if someone like Ryan Tepera or David Phelps opens up ball games for the Blue Jays this season.

Of interest heading into spring training, with a crowded infield #Bluejays manager Charlie Montoyo says Devon Travis will likely see some time in left field this season to get extra at bats.

The Blue Jays skipper also suggested that second baseman Devon Travis may see some playing time in left field this season. It’s a drastic measure for a player who hasn’t played the outfield since 2014 in the minor leagues.

All these methods are indicative of Montoyo’s “all hands on deck” approach to help rotate his players into the lineup by any means necessary.

Marcus Stroman and Aaron Sanchez might be the two biggest X-factors on the Blue Jays roster in 2019. If healthy, they could anchor a once-impressive starting rotation, which would make them two of the most attractive arms on the trade market come July.

Sanchez missed most of the last two seasons due to injuries and made just 28 starts total. Stroman spent a good portion of 2018 on the shelf with a list of ailments and started on 19 games last year.

Both have put forth top 1o Cy Young seasons in the past (Sanchez in 2016 and Stroman in 2017), but the burning question is: can they do it again?

Everything indicates both right-handers should be ready in time for Opening Day 2019, as one of the two will likely be anointed as the club’s Opening Day starter.

With two years of team control remaining on both pitchers, the Blue Jays will have some difficult decisions to make whether Stroman and Sanchez factor into the team’s forthcoming rebuild.

3. What happens at shortstop?

Shortstop is an extremely taxing position on the diamond, but the Blue Jays could desperately use some stability on their middle infield. Enter Freddy Galvis; he started all 162 regular season games the last two years and averaged 158 games played per season over the last four years.

Meanwhile, Lourdes Gurriel Jr. was one of those eight different shortstops the Blue Jays deployed in 2018. If the Galvis signing means anything, it’s that the Jays aren’t completely sold on Gurriel’s ability to take their reins as the everyday shortstop in 2019.

Galvis is infield insurance or Gurriel or he’s an everyday option if the Jays slide Gurriel over to second base.

Chances are that shortstop will be a revolving door position for the Blue Jays once again in 2019. With Bo Bichette waiting in the wings as one of the club’s highly touted prospects, even he could force the team’s hand and earn some MLB playing time at shortstop in 2019.

As it’s currently constructed, it’s highly unlikely this cast of characters will form the team’s Opening Day roster. One way or another, whether it’s via free agent signings or trades, this team will look different come March 28th in Toronto.

Last year, the Blue Jays made some 11th-hour additions to their bullpen by signing Seung-Hwan Oh, John Axford and Tyler Clippard. All three relievers provided value for the Blue Jays in 2018 at a relatively low cost, signing for a combined $4.25 million.

There are still plenty of attractive low-cost arms on the free agent market: Adam Warren, Jake Diekman, Tony Sipp and Ryan Madson to name a few. Don’t be shocked if the Blue Jays sign at least one of these relievers within the next few weeks.