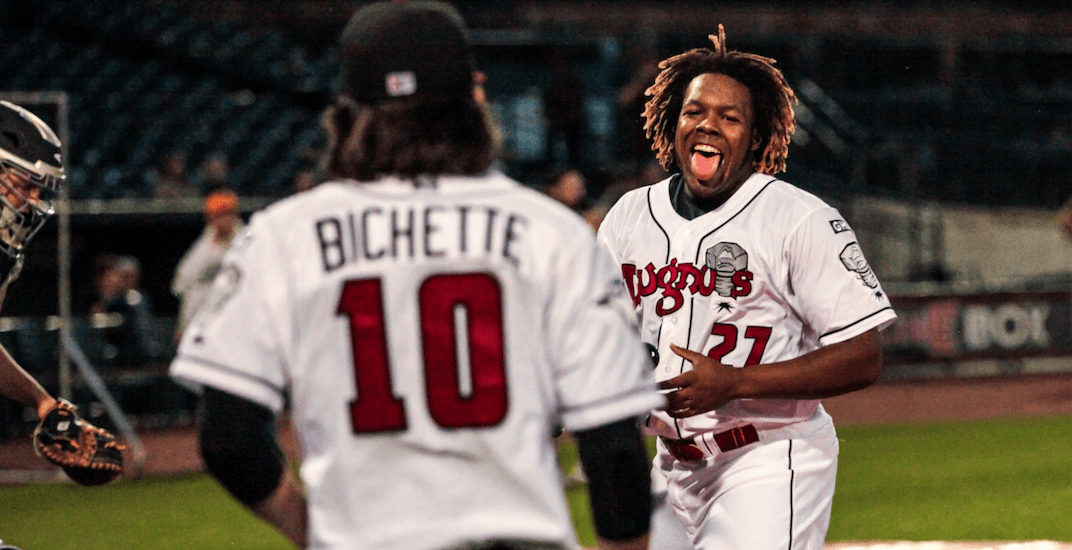 Bobbleheads, autographed baseballs, and t-shirts are always great giveaways at Major League Baseball games, but the coolest promotions happen in the minor leagues. It’s a wild place where the wacky team names often trump the wild promotions the clubs put forth.

The Lansing Lugnuts – the Toronto Blue Jays Single-A affiliate in Lansing, Michigan – is going all-out with their promotions for the 2019 season. Earlier this week, they introduced a trio of inventive giveaways that fans will go nuts for.

On April 18, the Lugnuts host “Purge Night”, where fans can eat for free for one inning. Yes, free.

Once the alarm sounds at Cooley Law School Stadium, fans can flock to the concourse and stuff their face with hot dogs, popcorn and more with free concessions.

Could this create pandemonium at the ballpark? Without question. But to the best of anyone’s knowledge, there’s no other promotion like this in minor league baseball in 2019, so kudos to the Lugnuts for feeding their hungry fans for free.

On June 29, the Lugnuts celebrate the beloved game “Backyard Baseball” with their second annual Backyard Baseball Night. If you played this game as a kid (who didn’t), you can vote right now on which Backyard character should be immortalized into bobblehead form.

And then on July 20, fire up your Firebird as Lansing Lugnuts honour the late Burt Reynolds with a “Tribute to Burt Reynolds Night”. The team will sport these slick uniforms adorned with the famous Pontiac Firebird logo and colour scheme from one of Reynolds’ signature films: “Smokey and the Bandit”.

The Lansing Lugnuts will be honoring a Lansing native this season!

Join us July 20 for our Tribute to Burt Reynolds with speciality team jerseys, a bobblehead giveaway and more. 👏 pic.twitter.com/TIqYS75DTE

The Lugnuts will give away the Reynolds bobblehead as a tribute to the actor who was born in Lansing, Michigan.

For those who have yet to make the pilgrimage to Lansing, Michigan, it’s only about a five-hour drive from Toronto to check out some Single-A ball. If you’re looking to cross off every Blue Jays minor league affiliate from your “must-visit list”, the Lugnuts are a great place to start.

Free food, Backyard Baseball bobbleheads, and a Burt Reynolds-inspired uniform – what’s not to like?