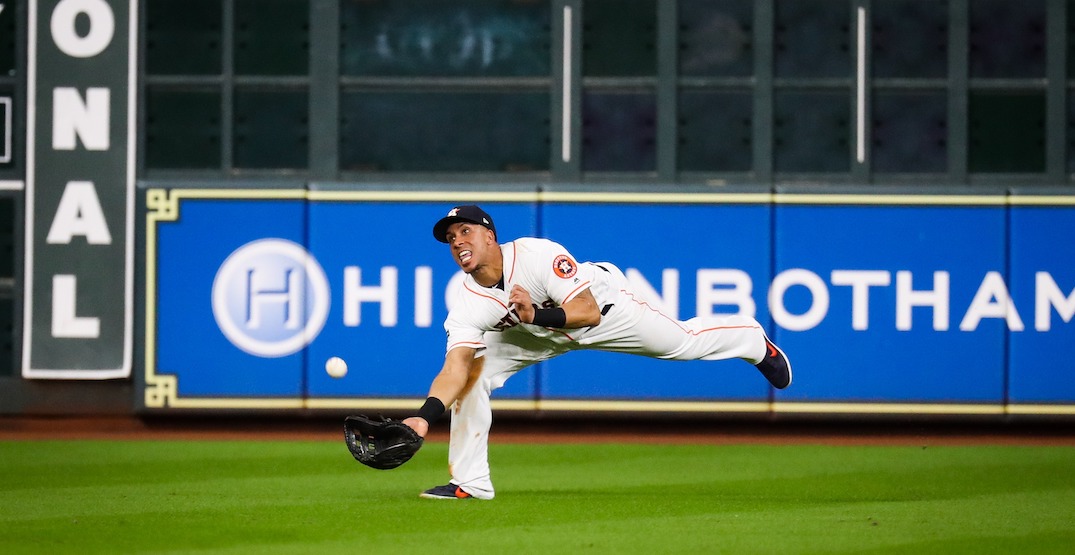 After initial reports that the Toronto Blue Jays had signed Houston Astros star Michael Brantley, it appears he has picked a different destination.

Earlier today, Sportsnet’s Hazel Mae reported that the free-agent hitter had an agreement in place on a three-year contract to join the Blue Jays. The report was later confirmed by multiple baseball insiders.

Michael Brantley in agreement on a 3 year deal with #BlueJays per source.

Later on, a Blue Jays source told Mae that there was no deal currently in place for the former All-Star.

Blue Jays official refutes my earlier tweet on source re: 3 yr deal. “The team remains interested in Michael Brantley but there is no deal currently in place.”

FOX 26’s Mark Berman is now reporting that the Houston Astros have re-signed Brantley to a two-year deal worth $32 million.

MLB source: #Astros reach an agreement with Michael Brantley on a two-year deal worth $32 million.

That report as since been confirmed by other MLB insiders such as ESPN’S Buster Olney and USA Today’s Bob Nightengale.

Confirmed: Michael Brantley is returning to the #Astros on a 2-year, $32 million deal. It is done.

The Jays have been incredibly aggressive, and have more to do. They did not come close to signing Michael Brantley.

The 33-year-old was a former member of Cleveland’s baseball team for 10 seasons before spending the last two years with the Astros. During the shortened 2020 season, Brantley played in 46 games and had a batting average of .336, with 51 hits, and 22 RBI’s.

After the George Springer signing, there were rumours that Springer was trying to recruit Brantley to join the Blue Jays according to The Athletic’s Ken Rosenthal. The two are close friends and played together on Houston.