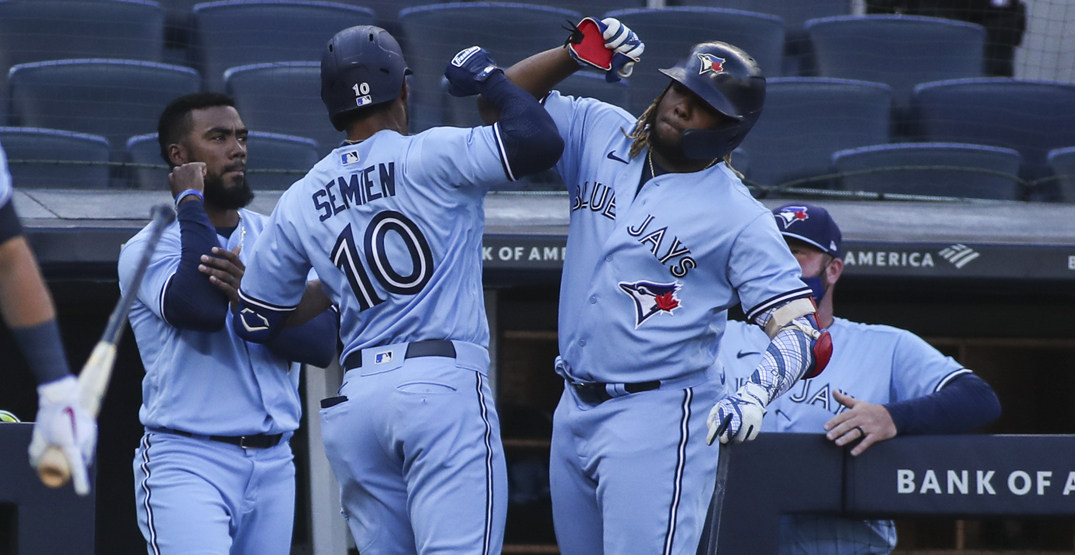 It’s been 28 years, but for the first time since the Blue Jays sent a franchise-high seven players to the All-Star game, three Blue Jays will be part of the American League starting lineup on July 13 at Coors Field.

The rosters were announced for the 2021 MLB All-Star Game and Vladimir Guerrero Jr., Marcus Semien and Teoscar Hernandez will represent the Blue Jays at the midsummer classic in a week-and-a-half.

Guerrero captured 75% of the vote at first base for the AL and was the top vote-getter on the ballot of any player. He was also the youngest player in All-Star history to lead the ballot.

The youngest player EVER to lead @MLB in All-Star voting ⭐️

Guerrero was about a slam dunk as a decision as there could be, with him ranking either first or second in the American League in home runs, RBI’s, AVG, OBP, SLG and OPS.

Meanwhile, coming off his stellar first half, Semien earned the first All-Star game appearance of his nine-year career. Both Semien and Vladdy will make up the right side of the infield for the American League All-Star team.

This is the first time since 1993 when the Blue Jays will have three or more starters in the AL All-Star lineup. 28 years ago, Toronto had four starters representing the AL: John Olerud, Roberto Alomar, Joe Carter and Paul Molitor.

The 2021 campaign marks the second time in franchise history that the Blue Jays will have three or more representatives in the starting lineup for the American League.

Most starters at the All-Star Game in Blue Jays history

This year’s AL roster is one-third Blue Jays players, but there’s the potential for even more to join Guerrero Jr., Semien and Hernandez for the festivities at Coors Field.

MLB will announce the pitchers and reserves this Sunday, and Blue Jays candidates include Bo Bichette, Hyun-Jin Ryu, Robbie Ray and Jordan Romano.